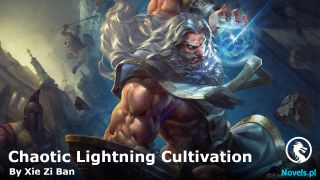 The old turtle’s law allowed Ye Sheng to recover his body and return to his peak state.

After returning to his peak state, Ye Sheng could no longer suppress the power in his body and made a crazy breakthrough.

Previously, Ye Sheng had eliminated the consequences of his explosive power in the Samsara Cave of the monastery. Now, after experiencing the nomological insights of the ten elites of the monastery, the battles with transcendent experts, and the massacre of the emperor…, ye Sheng’s breakthrough seemed logical.

To Ye Sheng, the immortal realm was a process of great change. He had experienced an enlightenment, and the world had changed drastically.

He had also experienced a promise, and he had almost given up his life.

He had experienced the life of ten geniuses.

He had fought with the experts of the transcendence realm. Although he had lost miserably, he had also gained nothing.

An immortal-level expert was extremely helpful to Ye Sheng. He opened his eyes and saw a brand new world.

Reality proved that up until now, the Divine Court had been defeated, Hell was in the sky, and the demon king had fallen asleep. There was only one immortal’s inheritance, and it was still continuing.

Because the immortal king was still alive.

Thanks to the enlightenment of the ten heroes of the Dao College, Ye Sheng was able to cross the three bridges for three days and enter this realm.

Furthermore, his foundation was very deep. The last remnant souls of the ten heroes of the DAO College had all dissipated. Their lifetime of Enlightenment and laws were all inherited by Ye Sheng.

This meant that Ye Sheng was the successor of the ten heroes of the Dao College. His future path would be much easier.

Ye Sheng stood up and looked at the old turtle. The situation was still very tense.

The old turtle came alone. He was smoking a cigar and wearing sunglasses. He was very domineering. His small body contained a huge domineering aura.

“You can go in now. The Immortal King is in Stone City. I will deal with Yuan.”The old turtle spat out a mouthful of thick smoke and said.

Ye Sheng nodded and did not say anything.

Stone city began to tremble and rumble. Yuan was unable to contain his anger and roared, “Damn Bastard, you still dare to come to my primal chaos ancestral land?”

The old turtle said disdainfully, “What’s there to be afraid of?”

“It’s not my first time here. Didn’t all of you have no way to deal with me? If you get angry now, it will only make you look useless.”The old turtle shook his head and said disdainfully.

“You want to save the Immortal King?”Yuan’s voice was low as he spoke in anger.

“Isn’t this obvious? Only by saving the Immortal King Can I deal a blow to all of you.”The old turtle spoke.

“You can’t save him.”At this moment, a voice rumbled from the sky. It sounded like thunder, extremely heavy and imposing.

“You still remember me?”A cold snort followed closely behind. Accompanied by a terrifying aura, it smashed down with a rumble. A shadow appeared in front of Ye Sheng and the old turtle.

An old man and a white-haired old man. Their eyes were white and their appearances were Haggard. They looked like people who were about to die.

“Of course I remember. I Can’t forget your dead appearance even if I wanted to. You said that you’ve already lived for a few eras. Aren’t you going to die?”The old turtle said rudely.

“I’m a turtle. I have a long life. According to my life expectancy, I’m only a teenager now. Half of your body is buried in the Yellow Earth, how can you compare with me?”The old turtle mocked.

“That’s why I’ve been holding on. I didn’t want to die, so I wanted to take you with me,”gu said with a sneer.

“You said that you were so handsome back then, but now you’ve become like this. You’re neither human nor ghost. Your whole life is miserable. No one loves you, no one likes you. Why Bother?”The old turtle shook his head and sighed, feeling very regretful, however, no matter how he looked at it, it seemed to be a show.

Gu raised his hand and said indifferently, “Your show makes me sick.”

“Just You Alone?”The old turtle glanced at GU and said disdainfully, “Just you alone won’t do.”

“If you don’t count, someone will come to deal with you.”The old turtle waved his hand.

“Who else?”Gu frowned and asked.

“And me!”With a loud shout and a big flag, it swept over fiercely. Raging Flames rolled and black fog lingered. It tore through the air and was extremely terrifying.

“Who are you?”Gu’s eyes focused. He knew that this person was not friendly, but he had no impression of him at all.

Who was this person?

The person who came was a middle-aged man with bronze-colored skin and flowing black hair. He held a huge flag in his hand.

Why was it in the hands of this middle-aged man?

Could it be that Chu Xiangyu gave it to him?

Ye Sheng watched silently, silently thinking that he could not interfere in the battle here.

Gu’s question caused the middle-aged man to speak, “The number one devil God of Hell.”

His reply was sonorous and forceful. Facing an old man like Gu, he wasn’t afraid at all.

Gu frowned. He had never heard of him.

Yuan had never heard of him either. One of them was in a deep sleep, while the other was suppressing the immortal king. They knew very little about the outside world.

They had never heard of him, but Ye Sheng had.

Ye Sheng looked at the first demon god in surprise when he said his name.

The leader of the 72 Demon Gods of Hell, the first Demon God who was born during the war between Hell and the Divine Court!

No wonder he was holding the great banner of the primordial era, because it belonged to someone else.

Now, the first Fiendcelestial had appeared.

He, who was unafraid of the ancient world, had already taken that step.

The step from an emperor to transcendence was what the first fiendcelestial had been doing all these years after his disappearance.

He was transcending himself.

Ye Sheng carefully sized up Gu. Why had he transcended and not become a Rockman?

Chu Xiangyu was transcending and becoming a Rockman.

After he finished transcending, he would need to spend at least an era to refine the Rockman’s body and recover his flesh and blood.

The number one demonic god transcended in this era. Logically speaking, he should be in the Rockman state now?

“Humans still have too much of an advantage. Even if we suppress humans like this, there are still many talents emerging. In every era, there are many, many geniuses.”Gu Xian looked at the number one demonic god with envy, unable to calm his heart.