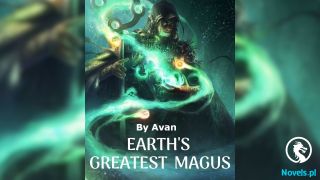 Ye Sheng’s spirit was greatly shaken after he killed Agu Rio Tinto with one strike. Was this the power of the ten heroes of the Dao College?

The ten heroes of the Dao College, together with the immortal vanquishing sword formation, made it so easy for Ye Sheng to kill an emperor.

Ye Sheng had been to the ancestral land of the chaos race several times. Regardless of whether it was in the periphery or in the depths, he was always brought here by someone, not by himself.

Now, Ye Sheng had come alone, carrying the immortal slaying sword and slaughtering everyone in all directions.

After killing two powerful experts of the chaos race in succession, Ye Sheng was full of confidence. He was unwavering as he rushed into the depths.

In the depths of the chaos race, where the Immortal King was suppressed, Ye Sheng knew the location through the memories of the ten heroes of the Dao College.

Therefore, Ye Sheng did not hesitate and rushed over.

“Impudent! The chaos race will not allow you to behave atrociously here.”A furious voice, accompanied by a terrifying aura, erupted.

This was a very terrifying scene. The mighty figure of the chaos race used an extremely powerful attack to directly seal ye Sheng’s entire body, preventing him from using his strength.

This mighty figure of the chaos race was a Golden Condor. His entire body was shining with golden light, and his wings spread out, covering the world. He was extremely terrifying, and his aura was much more powerful than that of AGU Rio Tinto.

Perhaps this was the old undying of the chaos race.

Ye Sheng did not show any fear when he saw the situation. He wanted to meet it head-on. Come on.

So what if I am sealed?

With the immortal slaying sword in hand, he cut through all evil spirits.

Ye Sheng held the sword with both hands and slashed fiercely. Under the explosive power of his entire body, he was fearless. He kicked out, and his body suddenly leaped up. Rumble. True energy was like a waterfall, crossing the world and suppressing it. It was incomparably powerful.

Ye Sheng roared. With the help of the power of the ten heroes of the Dao College, he was not afraid of exhaustion at all. He fought with this golden eagle.

The golden eagle screamed and let out an ear-piercing sound. It was extremely furious. It stared at Ye Sheng and suddenly opened its mouth. It wanted to swallow ye Sheng into its stomach and eat him directly.

Ye Sheng was not afraid at all. Instead, he rushed into the golden eagle’s stomach. Then, he cut the melon and vegetables with the celestial eradication sword. He broke out of the stomach and injured the golden eagle.

“What the Hell Are You Holding?”The Golden Condor roared shrilly. It had never thought that its ultimate skill would be broken just like that.

Ye Sheng was simply too terrifying. Such an attack had completely hit its soft rib.

With his stomach broken, Li Xiandao was like a god and a demon, chasing after his opponent and cutting. He ignored everything. At this moment, the celestial eradication sword seemed to have turned into a pig-slaughtering knife. He cut, cut, cut, cut, cut.

“Die.”Li Xiandao used the shape-shifting body movement technique. Like flowing water, he disappeared. Then, he appeared behind the Golden Condor and slashed down with his sword.

“This move, this move is so similar…”the Golden Condor said in fear. His neck and body were almost separated. He was already powerless to reverse the situation.

“It was that person’s move. You swallowed him into your stomach and destroyed his life force. Now, I’m here to kill you personally. The cycle of karma is nothing more than this,”ye Sheng said coldly.

Now that the Golden Condor had used the same trick, but Ye Sheng had the immortal slaying sword in his hand, so it would not be easy to kill him.

“Soon, more chaos elders will die to be worthy of you.”Ye Sheng sneered and slashed down with his sword. The Golden Condor’s body and head were separated. The rich immortal slaying sword qi instantly destroyed the opponent’s spiritual sense.

He sped forward, rushing towards the depths of the primal chaos ancestral land.

There were traces of immortal kings there.

At this moment, the primal chaos ancestral land was already in chaos. The sky collapsed and the earth cracked, and water flowed backwards.

Ye Sheng didn’t care about the consequences. He pushed forward, and the time and space around him distorted. Along the way, he swept through all the tribes of the primal chaos. When the immortal vanquishing sword Qi descended, even immortal kings would find it hard to resist.

Bloody, the ancestral land of the primal chaos tribe was massacred.

Ye Sheng slashed down, and an ancient city exploded. Hundreds of thousands of people died instantly.

Within the primal chaos tribe, many people let out angry shouts.

“Every time the epoch is destroyed, there will be people like this invading our ancestral land.”

“The human race still has endless potential, but unfortunately, they still have to die.”

Furious roars sounded one after another. This was no longer just one person, but a group of people attacking.

Ye Sheng was too arrogant. In such a short period of time, he had already traversed 80,000 kilometers.

He massacred a million people and traversed 80,000 kilometers. Ye Sheng was in the primal chaos ancestral land, slaughtering everyone in all directions.

This also caused more than a dozen primal chaos ancestors to come and kill Ye Sheng.

In the sky, thunder rumbled and spread out. The formless undulations caused a very powerful impact, causing the sky of the primal chaos ancestral land to split open.

A terrifying human figure appeared in front of Ye Sheng and said coldly, “You can’t escape.”

This terrifying human figure was an ancient totem like figure with a human head and snake body. It definitely wasn’t from this era. In the previous era, or even the previous era, he had submitted to the primal chaos and lived to this day.

He had entered the ancestral land of the primal chaos tribe and massacred millions of people. Did he ever think of escaping?

“Since you don’t want to escape, then die here.”A Stern shout sounded out. It was accompanied by a layer of fog that covered all directions and covered the earth. Formless ripples were like cracks, long arcs, and javelins, he had used an unparalleled divine art to instantly kill Ye Sheng.

Ye Sheng was on guard. He was not stupid and could see clearly that this was a very terrifying attack. Therefore, he immediately used a divine art.

The power of the eight desolates!

Ye Sheng’s hands reached into the void and expanded to a hundred thousand feet long. After his flesh and blood palms expanded, they became thick and stiff. They were like two huge stone doors that completely covered the sky.

An ancient, primeval aura blotted out the sky and covered the earth. Not only did it have its own infinite divine power, but it also had all sorts of mysterious powers accumulated over time.

The divine art was thrown out and collided with the person in the misty fog, creating a terrifying collision.

The opponent immediately let out a blood-curdling scream. He was not a match for the number one genius’divine art.

At this moment, a cold glint erupted, accompanied by a terrifying blade cry. It shattered the barrier around Ye Sheng’s body. The distorted space and time seemed to pierce through the heavens, all the worlds heard this soul-shaking sound.

This was a stone blade. It looked unsharpened and unremarkable, but it was a weapon forged by a person who had successfully transcended. Its power was enormous.

The stone blade cut across the sky. Although the huge blade body was simple and unadorned, and there was no dazzling blade light shooting out, it was the most terrifying weapon in the world.

Ye Sheng was locked on. It was difficult for him to escape.

“Good, it’s good that you’re all here. I’ve prepared a great gift for you. I hope you’ll like it.”Ye Sheng laughed loudly. Suddenly, he threw the immortal slaying sword aside and pulled out the immortal trapping sword, the absolute immortal sword, and the Immortal Slayer sword, he threw them all in all directions.

In the end, Ye Sheng pulled out a terrifying formation diagram and fiercely covered it.

The immortal slaying sword formation exploded with its terrifying might at this moment. In an instant, it sliced apart the heaven and earth. A huge, terrifying, and terrifying formation slowly rose up.

And Ye Sheng was the master of this formation.