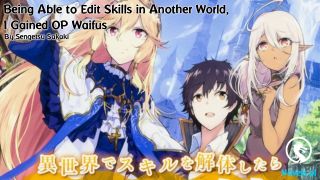 «The Earth Is My Dantian (Web Novel) - Chapter 886: Entered the seventh world

Old Xuanwu’s strength was very terrifying. He was at least at the Overlord level, so he advanced very quickly. After confirming the area of the universe graveyard, he started to travel through space.

Ye Sheng followed him and quickly arrived at the universe graveyard.

The Universe graveyard was as lonely and huge as before. It was hidden in a corner of the universe and was very inconspicuous. There weren’t many people, and the gray fog blocked one’s vision.

Old Xuanwu brought everyone here and landed on the ground. He used his feet to pull the soil apart and saw the gray aura of death inside.

“That’s true. Who knows how many people have been buried here. It is unimaginably huge.”Iron Rod nodded.

“How did the Universe Graveyard Form?”Ye Sheng asked curiously.

“The universe graveyard seemed to have been formed after the primal chaos destruction era. Countless corpses were piled here. Under the aura of death, it became like this over time.”Lady Ah Qing said.

“Then how much would it take for it to become like this?”Ye Sheng widened his eyes in disbelief.

“I don’t know about that. There are many of them anyway.”Old Xuanwu sighed.

“The primal chaos will have to pay the price sooner or later.”Zhan ge said indignantly.

Ye Sheng looked around. There were graves everywhere. Some had long been reduced to a small mound, while some still retained their original form. However, most of them had long been blown by the wind and sand into one with the earth.

“Inside, there are more than ten sinkholes in the universe graveyard. One of the sinkholes has been opened up by someone and can lead to the seventh world.”Lady Ah Qing said.

“If that’s the case, then let’s split up and look around.”Ye Sheng immediately said. More than ten sinkholes. How Long would it take to find them.

The universe graveyard was very big. Even an emperor wouldn’t be able to find all of them in a short period of time.

From here, one could see how many people the primal chaos had killed.

Old Xuanwu and the others didn’t waste any time. They scattered and began to search.

Ye Sheng was alone as he flew forward.

After a while, he heard iron staff’s voice.

“I found a sinkhole, but unfortunately, it doesn’t lead to the seventh world.”Iron staff said regretfully.

Ye Sheng’s expression changed. At least one was eliminated.

He continued to search.

“I found one too, but it’s not one either,”Zhan GE said helplessly.

“I found one too, but it’s not one either,”old Xuanwu reported.

Ye Sheng felt that it was quite good. At least with so many eliminated, the probability of encountering the next one was much higher.

Obviously, they thought the same as Ye Sheng. No one was discouraged. Everyone continued to search and keep searching.

One after another, after eliminating the non-existent ones, the last one was found.

During this period of time, Ye Sheng also found two. He continued to fly downwards. He did not know how long he had flown for, but he could only feel the increasingly dense aura of death. When it stacked together, it made Ye Sheng feel suffocated. He had no choice but to fly up.

After eliminating at least a dozen of them, they still did not discover anything. The few of them really ran all over the universe graveyard, but they did not find anything.

But right at this moment, Miss Ah Qing suddenly said, “I’ve found it. It’s right here. You guys can come over.”

When he arrived, the others had already arrived. Old Xuanwu, iron staff, and Zhan GE were all surrounding a bottomless pit to observe.

“This is it?”Zhan ge was skeptical.

“Have you been down there before?”Iron staff asked.

“I went down to the seventh world.”Miss Ah Qing shook her head.

“Then how are you sure it’s This?”Old Xuanwu asked.

“Because this is the place where master and I entered the seventh world, so I’m very familiar with it,”miss ah Qing said.

“The seventh world. I haven’t been there for a long time,”old Xuanwu said with a sigh.

“Let’s go. I haven’t been to the seventh world.”Iron staff was excited.

“I heard that the seventh world is a miniature of the last era. I don’t know if it’s true. If It’s true, that would be great.”Zhan ge chuckled.

“I want to see the difference between the previous era and our era,”Zhan GE said expectantly.

“There’s no difference. The same land, the same people, the same scenery.”Ye Sheng shook his head. He had been to the seventh world before, and it was pretty much the same.

“Let’s go.”Miss Ah Qing took the lead and jumped into the deep pit of the seventh world’s passageway.

Ye Sheng immediately followed her and jumped in.

Iron Rod, Old Xuanwu, and battle spear all jumped in.

As if he was weightless, he kept falling. When he reached a balance, Ye Sheng’s vision turned white.

Most importantly, Ye Sheng saw wild beasts. He was frightened by Ye Sheng and ran at a high speed.

This made Ye Sheng ecstatic.

“MOTHERF*cker, I actually fell down.”Iron Stick cursed. He stood up and saw everything around him.

Including Old Xuanwu, Lady Ah Qing, and Zhan Ge, they were all looking around.

“This is the seventh world?”Zhan GE’s body twisted and he looked around curiously. He was a little disappointed. This was no different from the main universe.

“This is the seventh world.”Ye Sheng immediately said. He flew at high speed, wanting to see if there was anyone nearby.

Old Xuanwu and the others immediately followed Ye Sheng.

They landed in a huge mountain. There was no one there. Only when they went out would they know if there was anyone there.

At this moment, Ye Sheng increased his speed to the maximum.

He crossed the mountain and the sea, looking forward to crossing the sea of people.