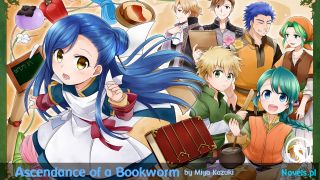 «The Earth Is My Dantian (Web Novel) - Chapter 884: Fusing with the pantheon pill furnace

The complete celestial eradication sword formation fused into Ye Sheng’s body, and with a boom, his cultivation base began to rise rapidly.

This was not a joke. The sudden rise in his cultivation base caught Ye Sheng off guard.

His strength was not weak to begin with. He was at the twenty-fifth level of the immortal realm, and logically speaking, he should not be able to break through in a short period of time. However, when the celestial eradication sword formation fused together, it gave Ye Sheng too much energy, and his cultivation base was pushed up.

Right in this weapon burial valley, under the eyes of the weapons, Ye Sheng’s body underwent an earth-shaking change.

His strength began to soar, and the sword Qi around his body shot out, incomparably resplendent. Streams of sharp sword qi burst out from Ye Sheng’s body like spring after rain.

Such a big commotion alarmed the weapons.

Zhan ge sneered and said, “Isn’t this person thinking too little of us and breaking through right in front of us?”

“That’s right. If we give him a blow, will the backlash from this breakthrough be able to nail him to death here?”Iron staff curled his lips and said.

“Ye Sheng was brought here by me. Have you asked for my opinion before you want to touch him?”Old Xuanwu asked with a dark face.

“You… you… are driving me mad.”Old Xuanwu was furious and glared at Zhan Ge.

However, someone made a move. It was Miss Ah Qing. She drew her sword and slashed across the air. The space around Zhan GE’s body instantly collapsed, and he was swallowed into it and disappeared.

Seeing Lady Ah Qing being so cruel, iron rod immediately shut up and pretended to be dead.

Ten seconds later, Zhan Ge walked out from the lost space and was very dissatisfied. “I was just joking. Lady Ah Qing is too serious. You Wouldn’t exile me to the lost space, would you?”

Lady Ah Qing said calmly, “You can continue joking. I will continue to exile you.”

Zhan ge choked and could not speak. He was very angry, but he was not a match for Miss Ah Qing. This was very vexing.

Miss Ah Qing was too powerful. Zhan ge could only curl his lips, he said, “With this level of cultivation, what’s the use of breaking through? The Sword Formation boss made a mistake in choosing him. He even gave up his hope of transcending and wiped out his hard-earned intelligence. It’s simply not worth it.”

Iron staff also said indignantly, “As long as the Sword Formation boss transcends, he can become a new life and be independent in the universe. He’s definitely number one, but he still gave up on himself. I wonder what he’s thinking?”

“The sword formation boss has been unwilling to cultivate and has been waiting for something. In the past, when I asked it, it refused to say no matter what, but I didn’t expect it to be so decisive,”Lady Ah Qing sighed.

“I’m also happy for the Sword Formation boss. It has found its own home, but can this kid really control the number one sword formation in the Heavens?”Zhan ge questioned Ye Sheng.

“I also suspect that the sword formation boss chose to sacrifice himself, but chose the wrong person.”Iron staff also suspected Ye Sheng.

Ah Qing could not give an answer to Zhan GE and Tie Rod’s doubts. In fact, in her heart, she also felt that ye Sheng’s cultivation level was too low.

Even if Ye Sheng was breaking through now.

Even if ye Sheng’s cultivation level suddenly broke through from the 25th level to the 30th level.

The 32nd step of the immortal realm, Ye Sheng walked to the 30th level.

He was over 200 years old, and this was counting all his time. He was already a peerless genius, but he still could not satisfy Zhan GE, tie gun, and Ah Qing.

Ye Sheng opened his eyes and looked at them. “The sword formation chose to sacrifice itself and gave me the immortal slaying sword formation. It must have its own plans. I will also do something big in this era. You’ll know when the time comes.”

Lady Ah Qing did not speak.

Old Xuanwu sighed regretfully. “I’ve quarreled with this broken sword formation my entire life. I didn’t expect it to be so decisive and sacrifice itself. There won’t be any more quarreling in the future. It’s a bit of a pity.”

Ye Sheng and the others were silent.

Old Xuanwu and the broken sword formation could be said to be at loggerheads. They quarreled whenever they met and fought a few times. However, after millions of years of being together, their feelings had accumulated quite a bit.

At their realm, there were very few friends that they could get along with.

“I can’t leave for the time being. I’m taking something else.”Ye Sheng shook his head and looked in a direction.

“What are you taking?”Lady Ah Qing asked.

“Besides the sword formation boss being fooled by you, who else would believe you?”Zhan ge asked suspiciously.

Ye Sheng smiled lightly and said, “I don’t need to fool anyone, because that thing is mine to begin with.”

What did he mean by this?

Ye Sheng did not explain. Instead, he let the Pantheon Pill Furnace come out on its own.

The Pantheon Pill Furnace flew out and rapidly expanded. It was tattered and tattered. Its three legs were broken and its two legs were spinning in the air.

Old Xuanwu was startled. “What is this? Why do I feel like I’m facing a big shot?”

“This is a cauldron, right? Why is it so tattered?”Iron staff muttered.

“This is a terrifying magic treasure, but it’s damaged,”Lady Ah Qing said.

“Wait, doesn’t this part of the cauldron look like something?”Old Xuanwu was suddenly startled as he asked.

“That remnant foot on the peak of the mountain!”Zhan ge immediately thought of it.

“That’s right, that remnant foot of mine belongs to this cauldron,”iron staff said excitedly.

“Damn, that remnant foot injured me several times. It’s very cold. I don’t know if it has no sentience or what, but it has always stood alone on the peak of the mountain,”Zhan GE said.

“Now we can confirm that that leg belongs to this cauldron. The problem is, how could such a magic treasure be in the hands of a person with a low cultivation like Ye Sheng?”Asked tie gun.

Miss Ah Qing could not give an answer.

Old Xuanwu curled his lips. He did not know the answer either.

Ye Sheng did not pay attention to their shock. Instead, he focused his attention on the Pantheon Pill Furnace.

The Pantheon Pill Furnace flew into the air and emitted a suction force. It quickly attracted the foot on the peak of the mountain.

The foot and the cauldron merged smoothly at this moment. There were no accidents.

The pantheon pill furnace suddenly shot out endless flames. Like a fire tree and silver flower, it sprinkled down and burned its appearance.

Countless rusted things fell down, revealing the ancient and simple atmosphere inside. Countless gods, flowers, birds, mountains, and the true body of the universe were carved inside.

The Pantheon Pill Furnace received a foot and recovered a lot of its origin, making its appearance much more beautiful.