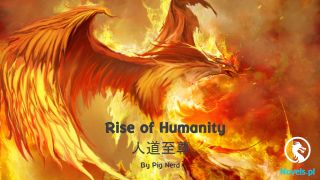 Feng Ruqing raised her foot high and it down on Second Prince’s chest hard.

Second Prince spurted out a mouthful of blood, his pale face filled with fear.

Second Prince curled his body up. “My Yun Huan Kingdom is the strongest among the five kingdoms, except… That pervert, Tian Ya…”

Suddenly, a huge pot flew in from outside the door, creating a gale as it hovered above Feng Ruqing’s head.

This huge pot emitted such a powerful aura that made Yun Huan Kingdom’s skilled masters tremble in fear and not dare to make any movements.

The huge pot looked at Second Prince, disgusted. It somewhat hesitated to make any movement.

Feng Ruqing glanced at the huge pot. It trembled and quickly leaped toward Second Prince, who was screaming terrifyingly and swallowed him…

A few moments later, those skilled masters regained their senses and instantly drew their weapons, trembling. “Lady, Second Prince has surrendered. Why do you have to kill him? He can still be forgiven. Return him to us now!”

“And what if I don’t want to return him?”

“Get all of these people out of my way and leave me alone.”

She still had a lot of business to take care of, and if it were not for these people disturbing her unexpectedly, she might have settled her affairs.

At the corner of the wall, Feng Lianyi was biting her lip hard. She clenched her fists tightly as she saw Feng Ruqing approaching her.

Her eyes were filled with hatred!

Right then, a group of troops rushed in through the door and instantly surrounded the entire banquet hall.

Feng Ruqing turned her head to look and found that those troops did not spare a glance at the skilled masters of Yun Huan Kingdom, but instead, looked at Feng Lianyi.

“Maiden Lianyi, just now the enemies of the four kingdoms came to attack. We were unable to come to protect Maiden Lianyi. Please forgive us.”

General had said that no matter what, the commoners’ safety must come first.

As a general, he could not leave the battlefields without orders. Moreover, there was still fighting in the city. But he was so worried about Maiden Lianyi that he had asked his men to stay behind as he led the army to come and protect Feng Lianyi.

Qi Fang slightly frowned. “Liu Yi, the battle in General Manor is over. You can leave now.”

Liu Yi was a talented, hardworking, and honest man. Therefore, he was taken in by Tian Ya right after Tian Ya came to Wu Shang City. Liu Yi was also a vice general and had his manor.

However… Even though Liu Yi was talented, he was too young, and his strength could not even compare to Feng Lianqing. So, even if he came early, he could not be of any use.

“Who said it’s already over?” Feng Lianyi sneered, blood flowing from the corner of her mouth. “Liu Yi, this woman has trespassed into General Manor without permission, and she has even attacked me so many times. Take her away now!”