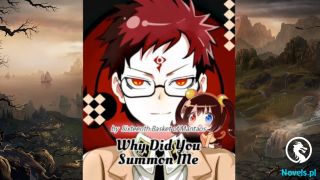 “No, it’s not that I want to besiege General Manor…” Second Prince sounded timid. He was no longer as arrogant as he was just now. “The four kingdoms have united to destroy Wu Shang City.”

Feng Ruqing frowned. Liu Yun Kingdom was once under siege by other kingdoms too, and the same thing was happening in Wu Shang City, too.

It seemed that the emperor of these four kingdoms liked to join forces to bully others.

Second Prince looked at Feng Ruqing cautiously. “However, I feel that the commoners are innocent, and I don’t want to kill them, so I have brought my men to attack General Manor…”

Feng Ruqing’s eyes were cold. “Are you trying to say that you are still a good person?”

Second Prince suddenly felt the young girl’s breath grow a little colder and hurriedly said, “No! I was so foolish. I didn’t know there’s a good maiden like you living in Wu Shang City. That’s why I have dared to come rashly. Otherwise, out of respect for you, I would never have dared to come and cause trouble here.”

The crowd was shocked and speechless…

‘This man really knew how to save his life…’

Feng Ruqing smiled. “This isn’t a place where you can come and go as you wish.”

“Lady Nan, I was wrong. I didn’t know you were here… We’re here only to kill General Manor’s people… They are the cruelest genocides on this land! Especially that Tian Ya, who likes to meddle in other people’s business. The other day, I had merely flirted with a beauty from Tianling Kingdom. I didn’t kidnap her to be my concubine. However, that old bastard had chased after me for ten days just to beat me up!”

Second Prince did not realize that Feng Ruqing’s face had turned cold and continued, “That’s why… I have volunteered to come this time when I heard my father say that he was coming to Wu Shang City.”

‘This woman hates Feng Lianyi so much. She must also have a grudge against General…

‘Moreover, somebody had smashed the banquet hall before I arrived.’

‘Amongst those present, only this woman could possibly have done such a thing… So…’

Second Prince thought that Feng Ruqing also held a grudge against the people in General Manor, and now they shared the same hatred of General Manor!

Feng Ruqing did not have any more hesitation this time and picked Second Prince up with one hand.

Yes, she had grabbed him with just one hand and lifted Second Prince above her head…

And then ruthlessly brought him down onto the floor.

That heavy, muffled sound accompanied by heart-rending cries echoed through the banquet hall, causing those skilled masters of Yun Huan Kingdom to turn their heads, unwilling to look at this cruel scene.

This time, Second Prince felt like his bones were shattered, and he could not even cry. His face was pale, bloodless as he looked at Feng Ruqing, panicked.

“Who did you call… an old bastard?” Feng Ruqing stepped on the back of his hand, looking down at Second Prince, who was lying on the ground howling.

Second Prince did not understand what he had said wrong, but he knew that he had to please Feng Ruqing and agree with whatever she said if he wanted to live.