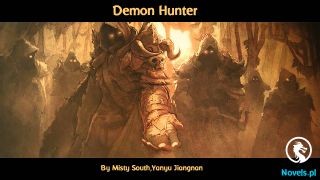 It was indeed the servant’s fault; Liu Qingqing only failed to control her actions.

When Murong Qing looked at Liu Qingqing’s appearance, he did not say much. His face sank as he expressionlessly said, “Liu Qingqing, don’t come to my manor in the future.”

Liu Qingqing’s heart skipped a beat; she looked up with eyes filled with tears and turned to Murong Qing.

“This is Forth Prince Manor, so I’ve right to decide everything here. Don’t blame me for being harsh if you come and cause trouble again!” Murong Qing shrugged off his robes and turned to Nan Chiyou; his gaze softened. “Maiden Xia Xia, don’t worry. No one can bully you.”

Nan Chiyou almost choked on the fruit in her hand. She looked up at Murong Qing blankly. “When did anyone bully me? The one who has been bullied was Ah Bao. I only want them to stop abusing the spirit beasts.”

‘It seems like Liu Qinging will become his concubine and will stay here later.

‘Then, should Ah Bao and I leave as well?’

Thinking of this, Nan Chiyou turned to Murong Qing. “When will you start your treatment?”

Murong Qing was slightly stunned and asked, “Why are you asking about it?”

“Oh… You’ve helped in the savage land. So, to repay your kindness, I will stay and wait until you recover from your illness. If you can’t get well, at least I can help you find someone to treat you.”

Murong Qing’s face turned pale. He wanted to approach Nan Chiyou, but the wolf king came across and blocked his way.

Somehow, Murong Qing always felt that this wolf did not like him.

Thinking about this, Murong Qing could not help but shake his head and smiled bitterly.

‘I must be overthinking.’

“Maiden Xia Xia, I will tell you once I’ve recovered from my illness. The state preceptor said we have to wait for Flower King’s fruit to treat me.”

However, he would not be able to get well for the rest of his life.

He wanted her to stay.

Her mother had taught her long ago that one must keep one’s word, and if she left now, she would be breaking her promise.

Therefore, she could only wait.

Otherwise, when the empress appeared the other day, she would have left. She did not feel comfortable here.

It only had Nan Chiyou in its eyes, and it did not even spare others a glance.

Liu Qingqing looked at Murong Qing, whose eyes were fixed upon Nan Chiyou.

There was a gentle light in the young man’s eyes that she had never seen before.

Such affection was so evident that it made her heart ached a little.

Liu Qingqing took a deep breath, suppressing the pain in her heart. She pursed her lips and walked to Murong Qing. “Fourth Prince, I…”

“Why aren’t you leaving yet?” Murong Qing glanced at her impatiently. “Don’t think that with your aunt backing you up, you can simply become my concubine. No one can enter my manor without my permission.”

Liu Qingqing’s face grew even paler, and her body trembled a little.

Her pitiful face could make others’ hearts ache.

She looked at Murong Qing with eyes filled with disappointment and pain.

Murong Qing finally said to her coldly, “Liu Qingqing, I don’t like you. You’ll not be happy if you marry me. You better leave now, and I will pretend that you never came.”