Support
Random Novel
Living Up to You 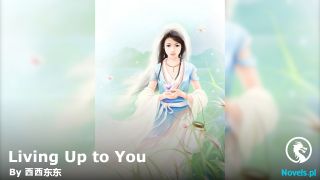 Nan Luo smiled faintly, “Thank you, Aunt Suyi. I feel that what you said back then is true. I thought that I must be filial to them because they are my parents. Then, I realized that I’m so dumb. I have had enough, and I don’t want to be the young lady of the Nan family… I want to leave this place. ”

‘What made her change this fast?’

However, she did not have too much time to pay attention to Nan Luo, and after carrying the old master on her back, she walked toward the door again.

The sky outside the room was clear, and the sun was also shining brightly.

Old Master Nan had not seen the sunlight for more than twenty years since he had been seriously ill, and now when the sunlight shone upon his body, it actually felt extremely surreal…

The sound of his cough was like a hand gripping Suyi’s heart fiercely, making her uncomfortable and somewhat breathless.

The battle at the courtyard door still had not stopped.

The white phoenix blocked everyone from coming forward with its huge body.

It was stained with blood, even some of its feathers had fallen to the ground, but it did not want to retreat.

The woman it loved most was in this courtyard.

The woman that it would use its life to protect!

An elder looked at the white phoenix whose feathers were all red and frowned.

“Master, it is a spirit beast. We can use the Nan family’s beast taming technique to domesticate it!”

Nan Fang did not answer him. ‘This phoenix is somewhat strong. It’s not easy to control…’

However, he would do it for Suyi!

Nan Fang pulled out a packet of powder from his lapel and sprinkled it in front of the white phoenix.

The white phoenix inhaled the powder. It felt so cold but comfortable…

Suddenly, a powerful force violently rushed into the white phoenix’s head, waiting for an opportunity to take over its mind!

However, the white phoenix quickly regained its senses and tried its best to regain its consciousness.

It understood that if Nan Fang controlled it, it would not only completely forget Suyi, but it also might do something to harm her.

It had promised that… It would protect her with its life and never help others to hurt her at all!

The white phoenix spurted a mouthful of blood. It held its head tightly, desperately resisting, not allowing these people to control its mind.

“Master, what’s wrong with this phoenix? Why is its willpower so strong?”

One of the Nan family elders was shocked. He wondered why the white phoenix could resist the Nan family’s beast-taming technique?

Nan Fang remained silent, and his face and his lips were a little pale. Perhaps he had used too much power that drained his energy, making him look exhausted…

“Get out of my way!” the white phoenix shouted angrily, shaking the entire city.

“But these methods are useless to me. I will never be bewitched by you. In this life, the only one I trust is always Suyi!”