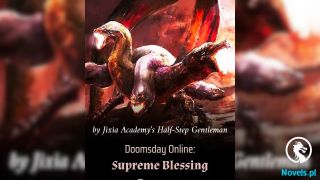 «The Almighty Rich Daughter is Explosively Cool (Web Novel) - Chapter 748: Shot Herself in the Foot

Chapter 748: Shot Herself in the Foot

With his face low, he said to Lu Zhixun, “What are you trying to do here?!”

Lu Zhixun’s face was as white as a sheet of paper and her expression was uglier than his.

She wasn’t afraid of the scolding or the harsh words. It was just that, her career would be over if all of this ended up spreading to country Z!

She snapped her head towards Xia Xin and interrogated her with her gaze.

Xia Xin really was the stupidest person to have on the team. Once she received Lu Zhixun’s interrogatory gaze, she took out her cell to turn off the live stream.

That movement made Lu Zhixun realize that the live stream was still on. At once, her eyes went dark.

Before Xia Xin could end the live stream, Shi Peng had stolen her phone.

When Shi Peng saw what was on the screen, his soul dissipated, “Mr. Fang, she’s doing a live stream!”

“****! She didn’t tell the Prime Minister that she was doing a live stream?! Lu Zhixun was doing this in secret?!”

“Obviously! If he knew, he never would’ve come out and suppressed Qiao Qing and ruined his own image!”

“So that means Lu Zhixun live streamed today just to end her own career?”

“This is what it means to shoot yourself in the foot! Shee definitely didn’t expect her entire secret would be leaked out by the end of the stream.”

“Meeting the leader of country L was already something honorable. Yet she had to try and play tricks with the whole thing. This is what it means to lose your rice when you’re trying to trap a chicken.”

The comments continued for a while but the live stream quickly ended.

Xu Pingting put down her phone. She laughed so hard her cheeks hurt.

After Shi Peng turned off the live stream, he looked over to Fang Chengshi in a daze, “Sir, what do we do?”

Fang Chengshi wanted to say something but his phone rang.

His face tightened as he listened to what the person on the other end had to say. When he hung up, his face was brewing up a storm.

He called on his people, “Take her away.”

He went to grab Lu Zhixun.

“I’m not going with you! Don’t touch me!” Lu Zhixun pushed away Shi Peng’s hand and tried to run away.

Jun Yexuan ordered, “Someone get over here and help out Mr. Fang!”

A group of bodyguards showed up then and gripped onto Lu Zhixun and Xia Xin.

Lu Zhixun’s face was full of hatred as she stared at Jun Yexuan, “Leng Yan, I have done nothing to offend you. Why must you harm me?!”

Jun Yexuan snickered, “Did nothing to offend me?! You offended me so much. However, I refuse to tell you what you did. You’ve lied to the leader of the country. You better think about what you’ve done in jail! Take her away!”

No matter how much Lu Zhixun and Xia Xin cried and struggled, they were still forced into the car.

After they were driven away, Yu Mo came up to Qiao Qing with stars in his eyes, “Ms. Qiao, you’re amazing! Can I get a photo with you?”

Jun Yexuan’s handsome face dropped as he pulled Yu Mo away by the collar, “Why are you still here?!”

“I was going to go but look at what happened. It was fortunate that I didn’t leave because if I left, we never would’ve found out that Ms. Lu stole Ms. Qiao’s father’s work!”