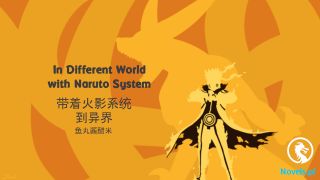 Sinmara's body shone with white light as she activated Domination to turn the incoming tide of death against its own caster. Unlike an Abomination, her feathers weren't black due to the absence of the elements.

Back when she had turned into a white core, she had evolved into a form different from that of a regular Phoenix, that was both capable of absorbing all elements and of Dominating them.

She had no colored streaks because just like Lith, she had no natural elemental affinities except for the two that she had been born with. The others belonged to her unique Phoenix of Darkness bloodline's abilities.

Sinmara released a burst of energy that restored the balance in the cursed elements and then used Dominance to take control of the sheer mass of energy that comprised them to weave the Tier five Spirit magic spell, Rumbling Demise, simply by adding a spark of her life force.

'What the heck?' Lith watched in amazement as the Phoenix breathed as if she was about to use Origin Flames.

What came out, instead, was a waterfall of emerald energy that hit Aylen with so much strength that the shockwave from the following impact made the surrounding mountains crumble.

Yet once the energy of Rumbling Demise faded, the Lich appeared to be more annoyed than hurt. The innate regenerative abilities of her temporary plant side combined with the white core had healed Aylen so quickly that even Sinmara thought that her prized spell had been ineffective.

'Take a good look, little brother.' Xenagrosh said. 'All white cored people are monsters. Even humans can evolve after reaching it, gaining powers that make no sense.'

Lith, however, had already seen what happened when a Lich fed and he was capable of using Domination as well so he understood what was happening on both sides of the battlefield.

'What do you mean, even humans can evolve?' He asked.

'Despite their weak bodies, thanks to their high intelligence and reproduction speed, humanoid species are akin to Emperor Beasts and can get stronger only by Awakening.'

'Yet there are actually two steps above even my and your condition. Achieving a white core also means turning into a unique being capable of tapping into their full potential and abilities

'Unlike us, people like our sister cannot pass down their bloodline skills simply because it's the presence of the white core that allows them to manifest. Even if Sinmara's children ever reached the white core as well, their powers would be different from hers.' Xenagrosh said.

'How can you be so sure of that?' Lith asked.

'Because I've seen Baba Yaga split her body into three different people, displaying abilities similar to the Hydra bloodline despite the fact that she's an Odi.' She replied.

'What?' The memories from Kulah and the horrors he had witnessed there flooded Lith's mind, making the contrast with Baba Yaga's kindness so stark that he refused to believe that she might belong to such a cruel race.

'Feel free to doubt my words, but ask yourself, where did she gain the knowledge that she needed to give birth to the undead first and to the Horsemen later?' Xenagrosh asked.

'Solus, does what she says have sense?' He asked via their mind link, making sure that none of it passed through the one still connecting him with the rest of the group.

'Actually, it makes a lot of sense. When you put it this way, both Baba Yaga and Aylen used the Odi knowledge to create their respective version of undeath. If you remember, my mother managed to fuse me with my tower only thanks to her collaboration with Baba Yaga.

'In a way, I'm closer to a Lich than to an undead. I never really died and my tower is akin to a phylactery. It is even capable of restoring my body after it got completely destroyed.

'The main difference between a Lich and I is that while half of their core is turned into a blood core, half of mine has been fused with the tower's power core.' She replied.

'So I'm an Abomination and you are a Lich?' Lith asked.

'Yep, a natural and an artificial undead bonded together. Mogar really has a twisted sense of humor.' Solus tried to make it sound like a joke, but the idea of becoming like Zolgrish or Inxialot scared her to death.

'How close are your readings on Xenagrosh to completion?' He said to change the topic and ease the worry that he could feel was tormenting her.

Lith had walked more than one mile in her shoes back when he had met Scarlett the Scorpicore for the first time. Yet their situation was polar opposites. She was doomed to live forever and probably became mad, while he was bound to die and reincarnate.

'It will take a while. Ever since the fight started, there's a lot of interference from the two white cores and I really can't afford to miss a single one of their exchanges. Tactics, spells, methods to synchronize external energy flows with Dominance.

'We can learn more from this fight than from an entire library.' She replied.

While the two of them talked, Aylen had charged forward, turning her golden staff into a spear that absorbed part of the extra life force and converted it into destructive power.

The Lich knew about Domination and even had seven-colored hair but she had no clue about how it worked. Even after millennia, Aylen had still failed to find a way to tap into such godlike power.

Now not only was she furious at the Phoenix, she was also envious. With six arms supporting Lighthouse, the Lich Magus performed a flurry of attacks that changed their trajectory as she switched the grip of the different hands.

Her movements were as quick as lightning and as fluid as water, making it impossible for Sinmara to dodge.

The breastplate of her armor deformed from the impacts, making her spit out a mouthful of blood as she was sent crashing against the ground akin to a meteor. The Lich gave chase and lunged with her spear while infusing it with more life force.

The weapon grew in size until it became big enough to pierce through the Phoenix's chest and crush her whole heart.

'Damn. Never before Aylen had demonstrated such power and martial skill.' Sinmara thought. 'She hid her strength this whole time.'

The Phoenix of Darkness was too hurt to dodge the incoming attack, yet she had no need to thanks to her unique ability, Echo of Darkness. The shadows surrounding them, even that of the Lich, came to life and turned into a copy of Sinmara.

Each one of them unleashed a different tier five spell that struck Aylen from every side, leaving her no way out.

'By my Mom! Isn't that similar to your Demons of Darkness?' Solus said in amazement.

'Kind of.' Lith replied. 'My Demons are guided by a soul and have only the skills that they had in life and the spells that I bestow upon them. Sinmara's shadows, instead, channel her mana, allowing her to weave and cast spells even during the fight.'

The gravity spell, Crushing Pillar, increased the weight from the extra mass that the Lich had gained from Food Chain to the point that her whole body imploded and even the Davross equipment screeched from the strain.