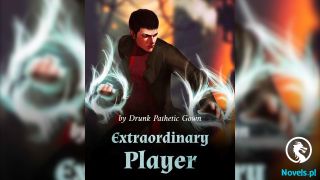 Although Xia Fei appeared to be very calm, his heart was actually beating like crazy.

Two hundred thousand units, and this was after being converted to spirit energy, meaning that this was of the purest kind!

Before using the Serpent-swallowing Whale, Xia Fei could have never imagined that a mature Divine Beast could have that much energy! Two hundred thousand was an astronomical figure!

Only now did Xia Fei realize that energy, the most important source of power for a warrior, was actually this close to him! He simply needed to catch an exotic beast and devour it according to the secret method outlined in the Serpent-swallowing Whale!

“Say that again? How much?” Xia Guanghai rubbed his ears and asked in shock.

Xia Fei’s energy reserve was filled to the bursting, so Furball would also benefit. The sly Furball had realized this, so he immediately began to fawn on his master.

As for Little Goldie, it just made a silly smile. This fellow was not as smart as Furball.

“Hurry up and tell me how you managed to eat that Divine Beast! There are so many exotic beasts outside! If we eat them all, we’ll earn a fortune!” said Xia Guanghai excitedly.

Xia Fei shrugged. “Sorry. From what I can understand, those of the soul system are unable to devour exotic beasts, for the soul system doesn’t have the ability to convert energy.”

Xia Guanghai deflated like a punctured balloon, dropping his head and sighing.

It was only a difference of energy systems, but the difference was like that between heaven and earth.

This was like a fusion of artificer and energy master, capable of both creation and the extremely difficult energy conversion. It was true that comparison could anger someone to death; no wonder Spiritualists had such a high status in the Alpha Universe.

After a pause, Xia Fei continued. “It’s very strange. This method for devouring exotic beasts seems to have been designed for Spiritualists, and the Unrestricted Soul Spirit Mark appears to suit this method of absorbing energy very much. This was probably the reason why Fuchen passed this codex to me.”

Xia Guanghai sat on the ground and sighed. “Even you call it the Unrestricted Soul Spirit Mark; of course, it’s only natural for it to have the ability to absorb souls and turn them to spirit.”

Xia Fei was stunned. He had not realized the significance of the name, only thinking that it sounded nice, but now it appeared that this was the actual reason!

What did it mean to be ‘unrestricted’ then?

Xia Fei ignored the fact that he was still in dark space and flipped through the Serpent-swallowing Whale Codex once more. After personally experiencing the process of soul absorption, Xia Fei had gained a deeper understanding of this codex.

There was no doubt that this codex was not something just any Spiritualist could learn. Xia Fei’s Soul Mark was very special. Just like a giant furnace, it absorbed everything he had learned before, fusing all together. Now, Xia Fei had also absorbed the soul of a top-class Divine Beast and digested it!

Xia Fei could not help but think of a common saying: ‘Different routes lead to the same destination’!

The meaning of that saying was that no matter what path anyone walked, the ultimate endpoint was the same for everyone.

Xia Fei had learned far too much in his life, and these were slowly being integrated by his Soul Marks and converted into combat power, which was an embodiment of that saying!

Pouting, Xia Guanghai sighed. “I just don’t understand how a single Divine Beast could have two hundred thousand units of energy! Isn’t that a little too excessive?”

After some thought, Xia Fei replied, “It’s understandable. Divine Beasts and Holy Beasts have very long lives, and there’s no telling how many epochs the Blackstar Toad has lived. Energy starts accumulating from day one, and we can’t underestimate that accumulation. After all, it’s a high ranked Divine Beast!

“Take Furball as an example; this guy still isn’t fully mature yet, but he’s already eaten up around ten thousand units of my spirit energy. By the time he matures, he’ll definitely have broken twenty thousand, and ten years after maturity, he’ll have broken well past one hundred thousand! What about after one hundred years, one thousand years?”

Xia Guanghai nodded in agreement. “We really can’t tell. Does this guy really have that much of an appetite? If we go with your calculations, then the Blackstar Toad having two hundred thousand units makes a lot of sense. This means that the exotic beasts outside are basically a treasure hoard! Let’s hurry up and deal with that Dragoon so that we can start the massacre in earnest!”

Fengyu had gone crazy, his eyes bloodshot as he roved dark space in search of Xia Fei.

Two streaks of light shot toward him, stopping a thousand meters away from Fengyu. It was none other than Xia Fei and Xia Guanghai!

“What did you do to my Blackstar Toad?!” Fengyu roared.

Xia Fei snorted. “Your Blackstar Toad is dead, and I ate it up!”

His Divine Beast had not just been killed but was even eaten! Fengyu could not accept it!

“Impossible! My Blackstar Toad can’t be dead! I saw him just moments ago! You must be hiding him!” Fengyu howled.

Xia Fei and Xia Guanghai exchanged a glance. Fengyu’s mind was a mess from his rage, but Xia Fei was not in the business of sympathizing with his enemies.

This man had betrayed the Annihilator Universe and threatened the Law Realm, threatened Avril! Xia Fei could never accept this! As one of the prime conspirators, Fengyu had to die!

Fengyu went insane, lunging at them.

Fengyu roared, shattered syllables rushing out like a blizzard! To Xia Fei’s eye technique, it was like thousands of red-eyed Fengyus had appeared in every direction!

Without Nirvana, Xia Fei relied on the White Dragon’s Screech, the Law of Primal Chaos’s power covering it like a fog. As for the Fiend Chain, Xia Fei dragged it behind him.

Sonic Devil appeared to be some kind of illusion combat technique. As the wind howled, more and more Fengyus appeared, but with Xia Fei’s Origin Of Heaven, he could easily tell that all of them were fake! There was only one real Fengyu!

“Die die die die! All of you will die today!” muttered Fengyu crazily.

Countless Fengyus trembled as they threw out sonic bombs. Without the Blackstar Toad, these sonic bombs were no longer compressed and so they moved very slowly. As such, they were incapable of keeping up with Xia Fei’s speed.

Explosions rang out. Fengyu had truly gone crazy this time, just throwing out sonic bombs sans a regard for the actual situation. These sonic bombs were not just injuring him but were also hurting Southern Star. After all, Southern Star was huge and easily got caught up in the explosions.

The scene was absolute chaos. Xia Fei had many means of killing Fengyu, but Fengyu’s bout of madness had rendered many of these methods unusable. Fengyu was like a madman flailing a knife around on the streets. Others would find it very hard to get close to him.

After quite some time, Fengyu stopped and panted for breath, his body covered in wounds from the explosions.

There was a white flash of light as the White Dragon’s Screech pierced through Fengyu’s head!

There were hundreds of Fengyus on the scene, but Xia Fei had struck the only real Fengyu!

He had been in the area this entire time, watching as Fengyu raged. Seeing that Fengyu had gotten tired, Xia Fei immediately delivered the killing blow! He was so fast that not even Southern Star had a chance to respond.

Having his head pierced through actually cleared Fengyu’s mind. His eyes suddenly went wide open, rolling upward like a dead fish, and the energy pulses in his body became chaotic.

Alas, even a diced-up body could not stop Fengyu’s self-detonation, and dark space was thrown into turmoil!

Several minutes later, Xia Fei and Xia Guanghai fearfully returned to the site of the explosion. The self-detonation of an Annihilator expert was quite terrifying. Dark space originally had had a large number of shattered stones and debris, but it had all been wiped out by the explosion!

“That was close! If you hadn’t used that weird black water of yours to protect us in the nick of time, we would’ve incurred heavy injuries, if not dead,” Xia Guanghai said, shaking his head fearfully.

Just like his abilities, Fengyu’s self-detonation was another sonic explosion. Xia Fei was fast and also had the protection of Terror Genesis; only by desperately running away as quickly as possible had they been able to escape.

Golden dust filled the area, as even Immemorial Mystical Armament Southern Star had been blasted to bits. This was proof of how dire the situation had been.

Xia Fei did not say anything. His face had a rather weird look, for his right leg was in deep pain, as if something was crawling up it.

When subduing Terror Genesis, a strange black water drop had crawled up his left leg, and this time it was his right leg. Could it be Southern Star?

Xia Fei was not worried that these Mystical Armaments would occupy his four limbs. Peacock Blue and Terror Genesis had already shown that they were merely taking roots in those spots and were not doing any harm to him. On the contrary, the abilities of these Immemorial Mystical Armaments were a huge boon to him.

However, Xia Fei had only two legs and two arms, meaning that he could only hold four mystical armaments…

Southstream, a dark attic in an unremarkable hotel.

“Fengyu’s dead? What’s going on here? Why did he have to leave on his own, and who killed him?” The only woman among the Devil Shadow Dragoons, Di Hong, frowned as she asked this series of questions.

Sha Jinlun shook his head and replied with much uncertainty, “I’m not sure, but Fengyu really is dead. It happened a few minutes ago.”

“What a troublemaker! At a key moment, we suffered a loss we shouldn’t have! Fengyu really deserved death!” the big-mouthed Tianku said viciously.

Suddenly, a soft sound resounded through the room, as if someone had cautiously plucked on a zither.

Everyone quickly turned to Yabu, who had already stood up. He waved his hand and said, “It seems like the preparations are done. It’s our turn now!”