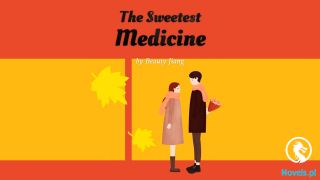 Chapter 695: Meeting an Old Friend and an Artist’s Instinct

With that, Luke straightened up and ran toward the rooftop on one side of the building. He jumped and shouted, “Angel Wings, activate.”

Two silver wings snapped out of the armor on his back.

To everyone’s surprise, a white figure with wings on its back flew across the square outside the court and disappeared amidst the buildings several hundred meters away.

“It’s an angel! He saved us and punished Dukhovich before he left.”

On the rooftop, the police officers who observed Luke’s departure from up close fell silent.

A moment later, a police officer asked cautiously, “Boss, do you think this guy is interested in you?”

The captain kicked his head into the wall.

Of course, he was wearing a bulletproof helmet, so he was fine.

Everybody else burst out laughing. Did this idiot not know that the captain hated it when people talked about her gender?

Luke, however, was in a very good mood.

Compared with the Batman cape, this pair of wings made of special materials was more suitable for flight. Unfortunately, it also required more power.

The glider could fly for a while without any power. If the Angel Wings didn’t have any power, it would fall within minutes.

However, even if it currently needed to recharge for an hour just to fly for five minutes, it was enough.

Luke wasn’t planning on using it to travel; it was just a handy complement in battle.

A certain wealthy man had yet to come up with the real flight technology for a battle suit. Luke had to wait a little longer.

In less than a minute, he had flown several kilometers through the air and successfully disappeared among the buildings of the city.

Ten minutes later, he got into a cab. “To the bus station.”

Before nightfall, Luke appeared on the streets of Paris.

Thinking for a moment, he dialed a number. “Elena, it’s me.”

After a brief silence, there was a shout of delight. “Luke, why did you call me?”

Luke was amused. “I can call you every now and then, can’t I? Can I take you out for a cup of coffee?”

“What?” Elena was even more surprised. “Wait, you’re in Paris?”

Elena asked, “Where are you? I’ll come find you.”

A moment later, there was the sound of hurried footsteps, and the door was flung open and smashed against the wall.

With a smile, Elena threw herself into his arms. “You’re really here! God! Am I dreaming?”

Luke hugged her soft body and walked inside. “Let’s go. I remember you told me that Paris isn’t safe at night.”

Elena had been about to cry at first, but she couldn’t help but chuckle. “You remember that?”

Luke closed the door with a smile and put her on his back. “I remember. A nice girl picked me up off the roadside. How could I forget?”

Elena hugged him tightly. “Damn it. Have you had a lot of girlfriends? Why do you always say such sweet nothings?”

Luke quickly denied it. “No, I just met an interesting old man, a man.”

Luke said, “He’s a little ugly, but his wife is a great beauty. They didn’t even meet for a week before he turned her into his wife. They’re very loving now.”

Elena said, “Wow, no wonder your mouth is so sweet. Did you learn from him?”

Luke said, “I haven’t had coffee yet, are you sure my mouth is sweet?”

It was drizzling in Paris tonight.

Seeing Luke return with freshly brewed coffee, Elena sighed in satisfaction. “I remember that it was raining when we had coffee last time.”

Luke moved the small table so that it was level with their heads and added sugar and milk unhurriedly. He chuckled. “That’s right. The apartment next door is the same as when I left. Even the coffee I bought is still there. Don’t tell me you’re using it as a storeroom.”

Of course, she wouldn’t tell him that she hadn’t rented out the apartment next door after Luke left. She simply left it untouched.

Apart from cleaning it regularly, she also liked to rest there and have a small pot of coffee.

It wasn’t wrong to call it a storage room. It was where she stored her beautiful memories, including the coffee he bought.

Lying lazily in Luke’s arms, they talked about what they had been up to.

Of course, Elena did most of the talking. Luke could talk about a lot of things, but it wasn’t the right time to talk about his work.

Soon, the topic shifted to the L.A.earthquake, and naturally to Batman.

It would be strange for anyone to deliberately avoid talking about Batman.

But Elena suddenly said, “Actually, Batman is a little like you.”

Elena pulled his hand down with a smile. “I don’t know why, but I had this feeling when I saw the videos and photos of Batman.”

Luke was lost for words for a moment. “Is this an artist’s intuition?”

Elena chuckled. “Maybe. I always put you together when I’m painting. Want to see it?”

When Luke nodded, she stretched out her hand to pick up a stack of sketches in a corner not far away.

Looking at the drawings, he smiled. “This is Batman! He’s nothing like me.”

Elena nodded matter-of-factly. “I’m just drawing him based on the photos. Of course you’re like him; look at the second last photo.”

Luke flipped to the two pictures at the bottom and was intrigued.

The first picture was the earliest draft of him as a black angel on a rainy night.

He had seen it before.

The second picture was probably the first one of Batman that Elena had drawn after reading about him in the news.

The characters were different, but their movements and designs were identical.

To put it in a less nice way, it was as if two different people had been photoshopped onto the same image.

Holding the two sketches in his hand, Luke fell silent.

Elena leaned against him. “Are you unhappy?”

Luke sighed. “Another powerful opponent has appeared to steal your attention. How can I be happy?”

Elena burst out laughing and didn’t forget to punch him in the chest. “Damn it. If I get the chance, I definitely need to meet this master of love that you mentioned. What spell did he cast on you?”