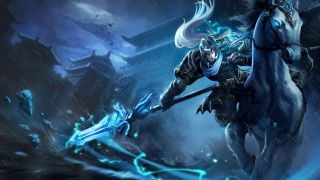 Chapter 2106 Good News From the Guardians

Of course, the people of Asgard on the spaceship weren't that lucky.

But very few of Thor's subjects and friends had survived in 2023, and they lived discontented lives in a seaside fishing village.

Here, Thor still had more than 600,000 people waiting for him on the lawless planet, and his childhood friend, Sif, had yet to return.

It was impossible for him to become a dismissive, depressed shut-in.

No matter how bad Thor's situation was, he could still work hard to be a great king, and he still had a bunch of friends here.

This was already a blessing in disguise.

Deep in thought, Luke checked the public space out of habit.

Compared with interstellar communication, leaving a message in the public space was too convenient.

Checking it every 12 hours allowed Luke to quickly receive all sorts of information.

In the end, he discovered a message from Rocket, who said that they had answered a distress signal and saved Thor, who had been attacked by Thanos's army.

Ever since they ‘rescued” Luke and obtained the public space, Rocket and the others had been quite enthusiastic about this sort of rescue operation.

They didn't expect to save someone else as amazing as Luke, but getting some decent things in passing was good too.

In any case, these things were labeled ‘for sale” and placed in the public space. Luke would take them away and exchange them for supplies for the Guardians.

In the last few years, Luke's galactic business empire had already extended to many forces, and he could provide almost all the normal supplies as well as a lot of rare supplies.

Given current market prices, it wasn't a loss to acquire the Guardians” ‘gains” and sell them supplies at cost price.

The quality of the Guardians” basic supplies were at least three to four levels higher than before.

It couldn't be helped. With a rich friend who didn't purchase their goods at a discount and who sold them supplies at cost price, the Guardians were just that relaxed.

What Luke got in return was all sorts of galactic gossip and rumors from Rocket, data from experiments that the little raccoon was working on, and all sorts of strange parts and raw materials.

Nobody was better at harvesting than these Guardians, who loved to court death and roam the universe.

Now, Rocket and the others had saved Thor, who had been adrift in space. They had inadvertently learned that he was a friend of the Bat Squad, and immediately left a message.

After reading the message, Luke immediately explained what he needed to know on the message board, before putting it in the public space.

Rocket, who paid attention to the space at all times, immediately took out the message board. After reading the message, he immediately started asking Thor all sorts of questions.

Half an hour later, he finally sent back the message board.

Using eight times the reading speed, Luke browsed through the information in a few minutes. He then used a new message board to let Rocket know to take good care of Thor.

Then, he played the video of Thor for everyone who was still discussing matters.

Seeing that Thor was still alive, Dr. Banner was so excited that he almost cried.

When Thanos attacked, the Hulk had only been passing through, but had been beaten up by this scary purple monster. He had yet to recover.

At the last moment, Heimdall chose to send Dr. Banner off, not Thor.

This made Dr. Banner feel like he was running away.

Now that Thor was still alive, he was relieved.

While the others were happy that Thor had escaped disaster, they had a clearer understanding of Thanos's strength.

The God of Thunder and the Hulk were acknowledged as the Avengers” strongest combatants.

Even Luke had only dared to say in the last two years that he could suppress them.

Before he went to 2023, it would've been hard for him to even fight one of them.

Apart from himself and his clones, Wanda, Pietro and Skye were the only superheroes on Earth who could deal with either one of them.

There was also Strange, who could use the Sorcerer Supreme's strange spells to deal with the both of them.

Yet the Hulk and Thor had only been able to resist Thanos for a moment before they were completely defeated.

Luke was about to boost their confidence, when he received another message from Rocket.

He took it out and smiled. He coughed and everybody looked at him.

Luke said, “Everyone, Thor has asked the Guardians of the Galaxy to send him to Nidavellir and have the Dwarf King help him forge a brand new divine weapon.”

Most people didn't know that Thor's Mj?lnir hammer had been crushed by his sister, or knew but didn't connect it to Thor being crushed by Thanos.

Luke said, “Thor's sister destroyed his hammer. Without this divine weapon, he can only use half of his combat ability at most.”

What kind of ferocious person was Thor's sister, to be able to destroy it?

Luke knew what everybody was thinking. “Don't worry. Thor's sister was destroyed along with Asgard. It's almost impossible for anyone else to destroy Thor's weapon.”

Everybody thought for a moment before they agreed.

Thor's sister might have known more about Mj?lnir than Thor himself - it wouldn't have been hard for her to find its weakness and then destroy the hammer.

Luke said, “Once Thor creates a new divine weapon, his chances of winning against Thanos in a one-on-one fight are at least 50-50.”

The tycoon couldn't stand someone else being in the limelight the most. He couldn't help but say, “Are you for real?”

Luke nodded affirmatively. “I can't say what the exact ratio is, but you can think of it as the difference between wearing and not wearing armor.”

Tony snorted. “I made my own armor. He got his hammer from his dad.”

You want to steal the limelight? Everybody was lost for words. Hm, fine, that was just like Tony Stark.

The first time the tycoon met Thor, they had gotten into a fight over Loki, and it wasn't unusual for them to try and one-up each other during gatherings.

Then, Thor and the Hulk didn't see eye to eye either, and smacked each other down during the Battle of New York

However, this ‘love-hate relationship” between the Hulk and Thor was very normal.

It could only be said that these three thick-skinned guys smacked each other around so much until they became friends.

Ignoring ‘three-year-old” Tony's competitive spirit, Luke continued, “So, what we need to pay special attention to isn't Thanos's strength itself, but how he might use the Infinity Stones to catch us off guard.”

They had more or less seen the power of Infinity Stones.

Whether it was the Space Stone that had opened the portals in New York, the Mind Stone that had created Wanda, Pietro, Ultron, and Vision, or the Reality Stone that had almost destroyed the Nine Realms, each one of them could easily create something that could destroy Earth.

Now that Thanos had some of the Infinity Stones, it would be very hard to instantly kill him.

Luke said, “According to Thor, the Grandmaster had already put the Mind Stone away when he landed on Sakaar, and he hadn't had the time to retrieve it. So, Thanos only has the Power Stone and the Reality Stone for now.”