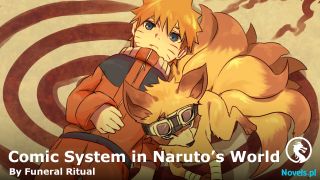 Face dark, the Baroness waved at the soldiers who were with her to drag away the body of the female guard, before she left as well.

She was quite unhappy with the Doctor.

Unfortunately, this Doctor was the top leader in tech on the base and was McCullen’s important partner in Cobra. Indeed, she wasn’t qualified to worry about him.

Of course, Luke had done it on purpose.

This was the moment when it was the easiest to slip up. How could he not chase them away?

Also, by arranging for all the guards to come in for a re-inspection, Luke could play a trick or two, and kill two birds with one stone.

As long as these guards fell completely under his control, the Baroness would be the only one at the base who could fight, but she would have nowhere to run.

This Baroness wasn’t a good person - she was a bright red evil in the system, and her fate was sealed.

After that, Luke sent Natasha back to the confinement room.

Then, Luke had the android masquerading as White Shadow remain in the research division, and completely cut off any contact the Baroness might have with her master.

Inside the Doctor’s central control room, Luke first interrogated the Doctor in Space 2. Then, he used the intelligence he obtained to search the database for information on the nanomites and to study the control system for the guards.

The re-inspections should start in the afternoon tomorrow. He only had about 24 hours to study it.

However, his clone didn’t need to work alone.

When the information was thrown into the inventory, Luke and the Level 2 clone in New York could help analyze it.

There was also Ophelia in Space 2, who was a fan of nanotechnology and had been researching nanotoxins, and the A.I. Ultima.

After working through the night and up to noon the next day, Luke figured out the principle behind the Cobra nanomites.

Immediately continuing to develop them was impossible, but it wasn’t a problem to modify the parameters of the control system.

But a new problem had appeared.

In the system, the person who had the highest authority wasn’t the Doctor, but McCullen, the CEO of Mars Industries.

This authority could be modified, but McCullen would then receive a notification; there was basically no way to tamper with the system covertly.

The reason was simple.

The scope of authority for the nanomites in the base had long been fixed. It was impossible for a new leader to suddenly appear.

As long as McCullen wasn’t an idiot, he would definitely have a backup plan.

Thinking that, Luke turned off the screen and leaned back in his chair.

He paused, and a cup of steaming hot coffee appeared in his hand.

Where was the hot coffee from? The “prisoners” in Space 2 all had big houses or even villas.

Luke also set up one for himself in passing, but it didn’t have anything like a living room or bedroom; instead, it functioned as a pitstop to meet his daily needs.

There was a cloakroom, an equipment room, a kitchen, storerooms for ingredients and materials, and so on, and it was all run by robotic arms and smart kitchenware.

That was right, Luke found it troublesome to use his Mental Strength to handle the equipment in Space 2, and he just used professional kitchen robots.

He was a man of his word. He had said that he would sit in his base and drink coffee, so this mouthful was a must.

Enjoying the coffee, which tasted especially sweet, Luke was lost in contemplation.

Right now, all the problems that required urgent attention had been fixed, but he had to wait for someone to return before he could do something big.

That person was none other than McCullen.

As long as Luke had this boss, it wouldn’t be a problem for him to alter the data however he wanted.

A system alert? A warning? It wouldn’t matter at all.

By then, Luke would definitely have already become a fake McCullen. Did he have to worry then?

Also, Luke had already obtained the authority of the second-in-command, so the base basically had no defenses against him.

He couldn’t change the authority on the nanomites, but there was no danger in using his authority with his own things.

The Ant drones avoided the people in the base and continued to patrol important locations.

Everything was ready. McCullen had also been informed of the situation at the base. Luke was just waiting to wrestle power from this boss after the latter came back.

McCullen wasn’t slow to return. He reached the North Pole base by submarine three days after the incident.

When he saw the boss, a certain ‘ambitious’ second-in-command smiled brightly. “It’s good to have you back.”

Unfortunately, half of his face was covered by the mask, and McCullen couldn’t see the smile. The two of them walked to the central control room.

This was at Luke’s request.

There was no way he would go to McCullen’s office. It wouldn’t be good if there was some way to turn things around or for him to be exposed there.

On the other hand, he had already thoroughly inspected the central control room; even if McCullen screamed his lungs out, nobody would notice.

Behind the closed metal door, the second-in-command’s one eye glowed as he looked at the first-in-command. This was the smell of credit and money.

A week later, Natasha, who had put on half a pound, was finally released.

Only after Luke confirmed that he had completely taken care of McCullen did he let out his temporary teammate, who had only been able to eat, sleep and train every day.

In the name of research, the two who were wearing someone else’s skin sat in a room with a sea view and chatted as they looked at the ocean outside.

There were two main topics: When Natasha would be leaving, and how many credit points she could get this time.

The answers to both questions weren’t complicated.

Natasha was good at her job, but she felt useless when she was with someone like Luke.

So, as long as Luke sorted out the base properly, she could leave at any time.

The top three leaders in the base had been taken care of quietly. Nobody cared about Dr. Binoche, who had been locked up all this time.

There was also nothing to quibble about with the split of profits.

When the female agent, who had almost been made brainless, heard that she would get 40% of the credit from this mission, she could totally accept it.

Her main purpose this time was to provide support; after she entered the base, all she had done was act as a prisoner.

Thankfully, she was the one who had discovered this matter at the very beginning. In order to put on a show, Luke had used a scalpel on her, so taking 40% wasn’t too much.

Also, it wasn’t her fault that she hadn’t been able to perform.

Things didn’t always go to plan on a mission.

She and Luke hadn’t expected the North Pole base to use nanomites to control people.

If she had snuck into the base, she would have been completely trapped.

If it wasn’t for this troublesome surveillance system, she would be as efficient as the androids operated by Luke.

However, the total points for this mission had yet to be calculated.

The main thing was that the harvest at the base was complicated, and Luke needed to take stock.

The Bat Squad’s credit points weren’t based purely on money or the price of supplies.

For example, this base cost ten billion dollars, and the exchange rate for credit points and dollars was 100,000:1.

But Natasha couldn’t ask the bigshot to give her 40,000 credit points.

Destroying one big worm battleship in the Battle of New York had only been worth 100 points. This base definitely wasn’t worth 400 alien battleships.

Thus, Natasha, White Wolf and the bigshot discussed it and finally came up with a plan.

The Cobra mission would be valued at 20,000 credit points for now, and Natasha and White Wolf’s shares could immediately be calculated.

Once the inventory of the base was complete, any surplus could be added to their credit points.

After this mission, the female agent’s debt, which had been over 2,000 credit points, almost doubled.