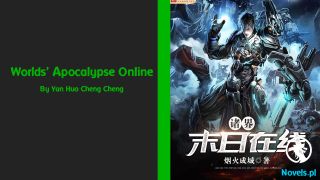 Shredder’s expression darkened. This was a slap to his face.

More importantly, he hadn’t expected that an old man on the brink of death could still “eat and run.”

Did this old man think he could obtain the true blood of a mutant Blood God for nothing?

The Experimentals had already lunged forward at his order, and they worked together to lift the bed on one side.

The bed wasn’t too sturdy, and the Experimentals were far stronger than ordinary people.

Working together, the four of them overturned the bed in less than ten seconds to reveal a passage which slanted downward.

Seeing it, Shredder knew that this wasn’t a temporary setup.

That sly old fox had been wary of him since the beginning.

Unfortunately, in the face of absolute power, all tricks were worthless.

Thinking that, he coldly ordered, “Get down there and catch that old man.”

These new generation Experimentals were more advanced than the test subjects that had been released in New York before.

They were more intelligent and had better self-control, and could restrain the urge for human blood.

Putting aside the R&D costs and the people who were the largest “raw material,” it only cost 200,000 dollars to make an Experimental.

These Experimentals basically had three to five times as much stamina as an ordinary human, and their physical stats were impacted by the transformation.

Considering that they were unafraid of death and obeyed Shredder’s orders absolutely, these Experimentals were far more promising.

Once they got a little smarter, going from the intelligence of a five-year-old to a ten-year-old, they could be equipped with a full set of modern weapons to become military-like fighters.

So, Shredder didn’t panic at all.

These four Experimentals had only been used to intimidate Yashida, and at that moment, more had already surrounded the courtyard.

As long as Shredder wished for it, the entire family could die today.

Even if Yashida did escape, Shredder could put on a show of force first and destroy the family’s foundation.

At that time, it would be very hard for a 20-year-old Yashida who couldn’t show his face to prove that he was Shiro Yashida and not some clone.

With a clatter, the four Experimentals slid down the passage.

There was a series of bangs underground, and then nothing happened.

Shredder was a little stunned. The Experimentals were all dead? What thing did Yashida have hiding underground?

He didn’t hear any gunshots. Was it a trap? He frowned.

Less than two seconds later, more than ten Experimentals rushed into the room.

Shredder couldn’t be bothered to say anything. He simply pointed at the hole, and they swarmed inside.

This sort of cannon fodder relied on their extraordinary combat ability and numbers to crush the enemy.

Even if they couldn’t crush the enemy, they could still drag the other party down.

Shredder didn’t believe that the old man would set up a bunch of traps under his butt.

Then, it fell silent again underground.

This time, the Experimentals transmitted some vague information before they died.

What they encountered wasn’t some sort of trap, but… an “iron man”?

He slowly retreated, and Experimentals surged out of the drainage system in the courtyard, including some elite Experimentals who were wearing armor.

One tenth of the Experimentals were made up of this smarter and stronger type.

In armor, each one could deal with dozens of ordinary Experimentals on their own - they could just barely be considered second-class troops under Shredder.

He had specially brought some with him tonight for a real-life combat trial - he hadn’t expected that he would really need to use them.

Another fierce battle broke out underground.

Based on the mental feedback from the Experimentals, the elite Experimentals were also unable to resist their opponent and were quickly killed.

Standing at the door of the room, he hesitated between retreating and continuing.

At that moment, with a clatter, a long, wide katana thrust out of the passage and easily swept away the broken bed.

Then, an enormous figure crawled out of the hole.

Shredder’s eyes narrowed. What the hell was that?

The first thing he thought of was his bitter experience in New York, but he quickly ruled out that possibility.

The man in huge metal armor in front of him didn’t look like someone from the Bat Squad.

This armor was bright silver and styled like an olden Japanese samurai.

The katanas it held in both hands were at least an XXXXXL version of Big Dipper’s blades, and were easily over ten times bigger than a regular katana.

Although the Bat Squad had all kinds of armor, they were all simple and sleek, and weren’t as flashy as this.

Also, Shredder could sense that the person in the metal armor was none other than Shiro Yashida.

Having grown up in Japan, he even had some appreciation for this armor.

Maybe I need something like this? He couldn’t help the thought which subconsciously popped into his head.

He finally focused. He had to obtain both Shiro Yashida and this metal armor.

Shredder finally understood why they died so quickly.

With a wave of one arm, a huge silver blade slashed out, and five Experimentals were cut in half.

This was followed by another huge blade, and five more Experimentals were cut up.

Shredder’s face was dark. A million dollars had been cut up with just one slash. No wonder this old man dared to come out now.

He attached a lot of importance to Shiro Yashida now, but he had only brought over 100 Experimentals with him. Half of them were already down, and he definitely couldn’t waste more like this.

Thinking quickly, he said in a low voice, “Strategy 1.”

The Experimentals reacted quickly. When they heard the order, they immediately scattered.

They didn’t attack the metal giant right away, but surrounded it in all directions.

Several of the Experimentals even jumped up, and their sharp fingers stabbed into the ceiling so that they were hanging upside down above the metal giant.

In an instant, they were attacking from all sides.

“Hehe, Shredder, you really surprise me.” A voice came from the metal suit.

Shredder sneered. “No, you’re the one who’s a surprise. You actually dare to appear and use this suit to resist my commands.”

Shiro Yashida suddenly laughed in a low voice, which grew louder and louder. “Because you’re the target I’ve been waiting for!”