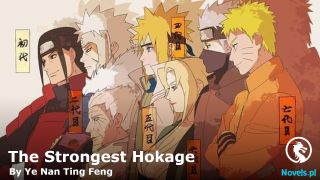 Chapter 1594 Wandering Through the Cherry Blossoms, and Silent Rain

It was the end of March, which was cherry blossom season in Japan.

After a bus transfer, Luke got out at Shinjuku and took a leisurely walk.

The weather today wasn’t good. In the gloomy drizzle, the cherry blossoms didn’t look as pink as in the bright morning sun.

The upside was that there were fewer people viewing the cherry blossoms.

Everybody obediently wrapped their long coats around themselves as they walked under the cherry blossom trees in the rain with umbrellas. Of course, there were still people taking photos everywhere.

The melancholic beauty of the cherry blossoms in the rain didn’t lose out to their radiance under the sun.

Luke enjoyed the environment very much. He had never seen a marvel like cherry blossoms in full bloom in both his lives.

The rain was neither too heavy nor too light, and the people around were neither too many nor too few. The falling pink and white blossoms were like a tranquil painting. Luke strolled through the cherry blossoms, and soon ran into some enthusiastic people.

Two girls in their early twenties were taking photos on the street. One of them couldn’t help but be stunned when she saw Luke walking slowly through the cherry blossoms.

“Sweetie, are you done? My waist can’t take it anymore!” The other girl, who had adopted a challenging pose, shouted angrily. The girl who was holding the camera came back to herself, and decisively turned the camera to focus on Luke behind her friend.

As she spoke, she jumped over to take a look at the camera screen. She couldn’t help but remark, “D*mn, where did this handsome guy come from?”

As she exclaimed involuntarily, she couldn’t help but glance in Luke’s direction.

Luke was walking leisurely down the road and observing his surroundings with great interest.

Unlike most tourists who moved quickly to take everything in, he had plenty of time to enjoy the view at his relaxed pace. Anyone could tell from this guy’s appearance, temperament and behavior that he… Hm, he had money and time. He was the stereotypical pretentious prick.

Luke didn’t think that he was being pretentious.

If possible, he wanted to bury death and blood in the night, and leave the cherry blossoms and drizzle to Tokyo’s day.

So, he was very relaxed and didn’t care much about other people’s attention.

For example, he pretended not to hear the two girls taking photos and whispering to each other.

But more importantly, that “d*mn” said in Chinese had brought back too many memories.

It had been a long time since he had heard this true blue Chinese online lingo.

Why was he sure it was online lingo? Because the girl had said it with that particular pronunciation.

In this world, handsome European and American boys were as popular as ever.

Asians went crazy for their looks.

On this trip to Japan, Luke didn’t assume the appearance of a bearded man. Instead, he created a new alias based on a 80% similarity to a 20-year-old Keanu Reeves.

He didn’t need a soft TV filter effect like other guys, and the girls couldn’t stop smiling.

He walked past the two girls indifferently.

He thought there would be nothing more to this encounter with two countrymen from his previous life.

But there were footsteps behind him again.

The girl called Sweetie caught up with him. “Ex, excuse me.”

She spoke in English. After all, given Luke’s face, it would be hard for anyone to regard him as Japanese. He hadn’t chosen to use his face from his previous life precisely because he didn’t want this sort of trouble.

Looking at his calm face, Sweetie paused, a little fearful. After hesitating for a moment, however, she handed him the umbrella. “This is for you. If you get too wet, you might get… bugs on your head?”.

Her English clearly had a Chinese accent to it, but it was much better than Luke’s shallow English from his previous life. It was as if she had suddenly forgotten the word “lice.”

Amused, Luke accepted the umbrella from her. “Thank you.”

As if encouraged, Sweetie grew bolder and gripped the camera with both hands. “Can, can, can…”

The girl behind her was even more nervous than she was. She didn’t say anything and even tugged on the back of Sweetie’s clothes.

Who knew if she was urging Sweetie on or stopping her. Luke leaned forward and nodded, ready to listen.

Sweetie finally asked, “Can we take a photo together?” “Sure.” Luke nodded. “But do it here.”

Luke smiled. It was much more aloof than his usual smile.

After all, Keanu had never been a warm gentleman.

Luke had always used the traits of a certain movie character in his previous life as a measure for himself.

In any case, his alias was handsome - it would be a shame not to act like him!

Less than a minute later, Luke left with the umbrella which Sweetie had given him, leaving the two girls to share one between them. They watched him disappear into the rain of cherry blossoms.

He said one photo, he meant one photo Little Sweetie and her best friend had one each with him, and one group photo together.

Speaking of the umbrella, Luke couldn’t help but think of Lady Bai[1], and how he was now an American superhero.

So, a new China and America Bat Snake superhero collab… Pfft, what the hell was he thinking? He shook his head slightly and smiled faintly as he wandered around the park.

He was wearing a long black coat and a pair of light orange sunglasses, but was carrying a transparent birdcage umbrella with a Hello Kitty design on it, which suddenly made him look cute.

It turned out that Chinese girls in the early 21st century were much more restrained than Japanese girls. Sweetie and her best friend should be quite well off, since they could come to Tokyo in March.

There was a limit to how much they liked an unfamiliar stranger like Luke.

Even if he might be able to make a date with either of them with a bit of effort, it would take time for them to take the initiative.

After them, more than ten women signaled their interest in Luke.

The younger and shyer ones asked for his number or where he was going.

The older ones were probably too embarrassed — Luke was too handsome, and the other party didn’t want to ruin the pleasant air of this chance encounter.

Luke simply put away his smile and turned them down in English.

Japanese people were very polite, but Americans certainly didn’t have to be.

As for these women’s feelings? Sorry, they weren’t fellow countrymen from Luke’s previous life, and didn’t get preferential treatment.

When he turned them down politely, that meant that he had good manners.

But many girls would prefer that he were a little less well-mannered so that they could talk to him.

However, Luke’s Basic Psychology and Hypnosis didn’t give them a chance to pester him.

As soon as they said something, they were shot down!

[1] From the Legend of the White Snake