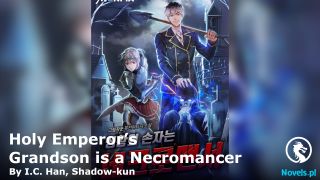 Luke didn’t know that his Uncle Phil had started a ghost story after receiving the new equipment.

Even if he knew, he would just laugh out loud.

If the couples dared to do it out in the wild, they had to be prepared. After he read the information from Phil, Luke didn’t reply right away. Instead, he spent three days prepping. After making sure that everything was fine, he called Phil. “I’ll take it. Does your side have any requests?”

Phil was very straightforward this time. “It’s best to kill them all. It would be troublesome to let them live.”

If we didn’t have to kill these people, I would’ve gone to Batman! he added inwardly. Satisfied, Luke nodded. “Alright. Once it’s over, I’ll let you know the result.”

Hanging up, he spun around on the bar stool. “He’s not from America, so there’s no need to worry? Tsk, tsk, being someone else’s dog… Hm, even a dog is probably treated better. I can only say that he’s a son of a b*tch who came running over. He deserves it!”

Gold Nugget, who was far away in the living room, turned around and whined.

Luke grabbed a cupcake from the table and threw it at Gold Nugget. “This is how dogs should be treated, okay?”.

Gold Nugget didn’t even move as it just opened its big mouth and let the cake fall in.

It got snacks the moment it called out, which was great. Satisfied, the dog turned back around and continued watching its show.

“What treatment?” Selina asked as she dragged Claire down the stairs.

They had just finished showering after training, and were waiting for dinner.

Luke grabbed another cupcake and threw it at her.

Selina raised two fingers to block it, before she flicked her wrist to neutralize the impact.

She pressed into it with her thumb and took a bite. “Mm…

“How long has it been since you tried new flavors?” She frowned. The cupcakes were delicious, but the three of them ate a lot.

From chocolate cream and nuts to coffee, yogurt and fruit, they were already familiar with the taste of more than a hundred types of Luke’s cupcakes.

Luke smiled and threw another pastry at her.

The round pastry spun in the air. Selina’s expression changed the moment she caught it with her other hand. Examining the snack for a moment, she tossed it into her mouth and snorted. “Despicable. You actually ambushed me with a hot egg tart. Mm~~ tastes pretty good.”

Luke nodded. “Then I’ll make more Chinese pastries in the future. It’s just that it’s inconvenient to take them out.” Selina said, “You have to. At most… hm, take out part of the backseat? In any case, Gold Nugget stretches out over it every day. It’s annoying.”

Gold Nugget silently turned its head and stared at a particular woman, wondering if it should bite her butt.

But on second thought, it wavered between enjoying food and lying down. This… was truly a difficult problem!

Claire was too lazy to bother with the banter between her brother and the female devil. She moved listlessly to the table and picked up the pastries to eat one by one.

Because Claire only had half a month to train, the current amount of training that she was doing was more than double.

Claire still didn’t know that her mother, Catherine, was a board member of the management company, and had been helping her filter out the less sincere invitations.

Two weeks on the same campaign was considered pretty long, and there was no way it could drag out to a month even if it was a huge order from the Titanium phone.

If Claire still didn’t understand after so long, she wouldn’t be a monkey, but a pig.

Luke could only condense the training, and the price for it was Claire being wrung out.

Thanks to the symbiosis with Gold Nugget no. 2 and a food supply to match, she recovered her vigor quickly, but was still exhausted from training.

After downing more than ten hot egg tarts, she finally came back to herself and asked, “What were you talking about? How are you being treated in the police department?” Luke: …I’m not a dog.

He casually changed the topic to training, distracting her.

Looking at Selina, who gestured at the pastry he was holding and held up all ten fingers, he nodded decisively.

Ten new flavors in exchange for her training Claire was really cheap.

A day later, his clone disembarked from a plane.

Compared with the other travelers who were carrying suitcases of varying sizes, Luke, who was wearing a thin black cloak, was completely empty-handed.

Walking out of the airport, he took a high-speed bus to Japan.

His mission this time wasn’t urgent, and he didn’t have to race against time.

So, the purpose of this trip to Japan was… to travel, and to accomplish the mission in passing.

Luke had watched some American dramas and movies in his previous life, and had a basic impression of America.

Japan, on the other hand, was a very special country that was completely different from the rest of the world.

From phones to books, and from TV to movies, it had all the mainstream stuff.

But it really could walk its own path. Its books included light novels, speculative fiction and comics which all had their own distinctive flavor.

The cartoons on TV had already turned from children’s shows into national favorites in other countries.

In most developed countries, it was impossible for TV stars to squeeze into the film industry. Conversely, it was as if TV stars “lowered themselves” to star in movies in Japan.

This indirectly showed that foreign movies didn’t do well at the box office in Japan, including global blockbuster American films, and basically couldn’t beat the popular anime in Japan. As for Luke, his only impression of Japan was of comics, cartoons, and Akihabara.

He hadn’t been too old in his previous life, and had managed to catch the tail end of “shut-in culture.”

In Luke’s previous life, the only thing about Japan that those who were five to ten years older than him cared about was whether or not the weather there was hot. They basically didn’t understand how shut-in culture worked.

Luke had never been to Japan after his rebirth.

There were two reasons. Firstly, it was too far away, and would be a waste of time without the Bat suit and clones.

Secondly, China was right next to Japan.

Even in this time and space, this great country was still a huge threat and had been suppressed for a long time. If Luke flew back and forth in his armor often, he would be discovered sooner or later. His harvest in Mexico was almost done; it was natural he wouldn’t think of Japan right now. At the same time, the Japanese triad had strict laws and rarely used guns.

Most of their revenue came from entertainment; they weren’t in the habit of dealing drugs.

Compared with the hooligans who occupied every city block in America, the triads were more likely to gather on one particular street to watch the show.