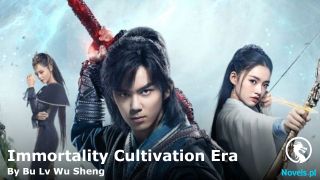 All four ranches were under Luke’s name, and he didn’t give them to his grandpa directly.

Although he didn’t care about that, the stubborn old man obviously did, so Luke simply entrusted the ranches to Drax.

Robert had already talked to Luke about it, and after bringing up Luke’s idea, found a professional to take care of it.

Faced with a ranch that had expanded four or five times in size, Drax could only follow this suggestion.

His original plan was to buy a neighboring ranch.

Luke, on the other hand, had thrown in four ranches at once, which was much more than he had expected. The old man really didn’t have the energy or manpower to handle such a big scene.

Recently, the manager had taken over the ranch and had a lot of work to do.

Robert had also worked as a ranch owner before, but he later chose to quit and become a sheriff, which was more suitable for him. However, he hadn’t forgotten what life on the ranch was like, so Drax’s hairy-legged son-in-law helped out every day.

After talking about it, Catherine hesitated for a moment before she said awkwardly, “Well, something happened here.”

Looking at her expression, Luke said with a smile, “Is Joseph going to have a sister soon?”

Hearing that, Catherine immediately pooh pooh’ed at him. “What are you thinking?”

Luke shrugged. “Joseph has always wanted a sister. Since you and Robert have nothing else going on now, you can have another one.”

Joseph really wanted a sister, but there was a problem with his motive.

He was the youngest in the family, much younger than everybody else, and had been under their supervision for a long time, so he had an idea: With a younger and more obedient sister, wouldn’t she be able to take over the position of “youngest” and share his burden?

Catherine didn’t say anything, but Luke could tell from her expression that she was really considering it.

He said with a smile, “Joseph strongly supports it. I also think it’s good to have a little sister. Claire should be fine too. You don’t have to hesitate too much.”

Catherine subconsciously nodded. “Robert and I… Wait, what did I want to talk to you about?”

Luke shrugged. “To give our family a little sister.”

Catherine glared at him angrily. “Shut up. That’s not what I’m talking about. Right, it’s about your company shares. Robert knows. He wants to talk to you.”

Luke hummed and observed Catherine’s expression. “What’s his attitude? Is he thinking of backing out?”

Catherine said, “I don’t know, but he didn’t look angry. He just said that he needed to talk to you sometime.”

Luke didn’t think much of it.

Robert was a straightforward person, and didn’t act secretive with his family.

Since he hadn’t called Luke to scold him, that meant that it wasn’t a serious matter.

In any case, Robert had never been able to out-talk him, so Luke wasn’t stressed at all.

After that, Luke left to pick up Joseph for dinner.

Carrying a big bag on his back, he leisurely walked through half the town and stood outside a yard.

Looking at the group of people and the dog in the yard, Luke joked, “It’s already six. Don’t you ever have enough fun?”

The people in the yard and the dog paused for a moment. Then, the dog head was the fastest. It gave up playing with the kids at the speed of light and darted in front of him with a whoosh as it whined.

Luke patted the dog’s head with a smile. “Alright, Dollar, be good. Gold Nugget too.”

The two little girls, Talia and Andrea, also ran over with smiles on their faces, their laughter like silver bells — indeed, they weren’t old enough yet for their laughter to evolve into their sister’s barbell-like laughter yet.

Luke reached out with a smile and gave them the same treatment as Gold Nugget. He patted each of their heads and led them into the house. “Let’s go. It’s been a long time since we came back. I brought each of you a little present this time.”

As he walked, he didn’t forget to call out to Julio, Selina’s youngest brother. “You have a present too. Don’t just stand there and smile.”

While he said that, he mumbled to himself, You need to work out more, young man! With your reaction speed, it’s no wonder you were the last person I thought of when I bought the presents.

Selina was lazing about on the porch, and she smiled at the person “bribing” her siblings. “Finished with your business?”

Luke chuckled and made an OK gesture, before he made a “a lot of money” gesture.

She had gotten the keywords; the details could be discussed when they were alone.

It wasn’t appropriate to talk about money in front of the four kids since she herself wasn’t sure where this money came from.

She and Luke, along with a certain dog head, had looted a lot of dirty cash countless times already, so she wasn’t too sure about the answer.

The more people lacked something, the more they wanted it.

The two girls usually wore shorts and T-shirts the most. When they saw these gorgeous dresses that were rare for them, they beamed and gave Luke big kisses.

Julio had gotten a baseball bat that he could play with and also use to defend himself.

When Luke gave Julio the baseball bat, he said earnestly, “Boys should protect themselves when they’re outside!”

Joseph’s gift was at home, and he could only look at everybody else’s gifts for now.

After Luke and Selina talked for a bit, everybody went to Luke’s place.

After purchasing the new ranch, Mario and Sandra were busy on it, so with Selina back, she was watching her siblings for a few days.

Now that Luke was back, she took her siblings to his place for dinner.

Robert returned not long after.

Luke said with a smile, “I’m on vacation. Of course I’m free.”

“Then let’s have a chat.” Robert stopped talking after that.

Dinner was very lively with Selina and her siblings.

Joseph was very smart and often talked big, which stunned the other three kids. Dinner was noisy, but it wasn’t bad.

After dinner, Luke sent Selina and her siblings home.

While the three kids went off to shower, Selina and Luke sat on the porch, each with a Dr. Pepper. She then said, “Tell me, where did you get the money?”

Luke told her about Jenny manipulating Stark’s stock in the financial market, and Selina was stunned. “How much is that?”

Luke took a big sip of his cold caramel drink and shook his head. “I don’t know the exact figure. Jenny should still be counting.”

As he spoke, his phone rang.

He picked up the phone and said a few words, before he hung up. He said with a smile, “After some initial calculations, we’ve earned almost 5.8 billion dollars this time.”

Selina spat out the soda in her mouth.