Even though Rhode tried to imagine how Cassidy looked several times now, he was speechless after seeing her with his own eyes. She seemed like a decent-looking young lady with a beautiful, delicate face and a healthy and slightly-tanned skin tone. Her silver-whitish hair extended to her waist, while the pure, white leather armor accentuated her slim, curvy figure. What was most attractive about her was the large sword on her back. Instead of treating it as a sword, one might as well say that it was a rectangular iron plate. Not only did it not have a typical sharp blade, but it also lacked the arc of a sword. No matter how one looked at it, it was like an iron plate cast on the hilt of a longsword.

But Rhode didn’t dare to belittle this sword that didn’t look like one. After witnessing Christie’s ‘feather pen’ and Alice’s ‘book’, he had a deep understanding of the dangers of the mysterious weapons the Deity Wardens possessed.

Although Cassidy seemed similar to the other Deity Wardens… her qualities were totally different from theirs. Be it the other ‘Christie’, Marlene, or Alice, no matter how different their personalities were, they fit being superiors. Christie’s steadiness, Marlene’s indifference in the past and current arrogance, and Alice’s imposing manner overlooking all things fit the traits of the Creator Dragons’ dependents. But now, Rhode didn’t feel as though he had met a Deity Warden when he saw Cassidy. How should he put it… Gazing at her, he felt complicated. Although she seemed like a valiant and formidable-looking young lady in appearance, he felt like she was a lion trying to be a hamster accompanied by her timid manner. It was full of contradictions!

Crossing her arms and staring in uncertainty at Rhode, Cassidy yelled timidly. Looking at this scene, Rhode didn’t know what to say. He did foresee how he should interact with her, but was completely speechless after looking at this young lady with the words ‘I’m afraid; don’t bully me’ written on her face.

Back then when you created her for her adorableness, were you sure everything would be fine?

Rhode pondered in silence, before letting out a cough and asked. Upon hearing his words, Cassidy trembled, taking two steps back quickly like a little girl who wandered into an alley at midnight and a gangster with a villainous smile blocked her exit… Rhode didn’t like this metaphor a single bit.

Even though Rhode felt downhearted, he was fortunate that his emotionless face became his best disguise for this moment as Cassidy didn’t see his emotions through his face. But to Rhode, this wasn’t the important thing. He adjusted his mood before responding to her.

“… And you should know why I came here, right, Miss Cassidy?”

Cassidy heard his words and peered out curiously, gazing cautiously at him. Then, she jumped back abruptly like a frightened rabbit, pulling a distance away from the young man. Upon seeing her reaction, Rhode let out a helpless sigh. But before he continued to speak, Cassidy interrupted.

“You’re not Big Sister! Yes… even though I feel Big Sister’s presence… and you indeed look like her… you’re still not her! Don’t try to fool my eyes! You’re trying to trick me! I won’t be that stupid to be tricked by you! You baddie! What are you trying to do? Let me tell you, I’m very powerful! Anger me and I will kill you!”

Cassidy yelled and as though proving her words, she clenched and flourished her tiny fists to threaten Rhode. However, in Rhode’s eyes, this seemed just like a hopeless retaliation from a hamster against its sworn enemy. Judging from her reaction, Rhode let out a helpless sigh and shook his head. At this moment in his mind, the image of at least one of the six, mighty Deity Wardens was tarnished.

The battle strength of this mascot is actually ranked second? It seems like the future of the six Deity Wardens is bleak. Come to think of it, don’t Alice and the rest feel stressed having her as one of their companions?

“I’m indeed the current Void Dragon, Cassidy. If you don’t believe me, you can confirm it yourself. Besides, currently Christie, Marlene, and Alice are also around. If you’re willing…”

Cassidy muttered under her breath and pondered for a few moments. Then, she lifted her head and gazed attentively at him. “No, I don’t believe you! Where’s Big Sister? Where did Her Majesty go? Why is it you? I can sense the power of the Void Dragon, but it doesn’t belong to you. That is Big Sister’s power! You’re a baddie. You stole Big Sister’s power and are trying to capture me now?… I will not let you have your way! Yes, you’re not Big Sister. You’re not Big Sister. You’re an enemy. You must be an enemy. You must be… Enemies must be removed. Enemies must be defeated. Protect Big Sister. Protect the Void Dragon…” Cassidy said.

Her expression gradually changed. On the other hand, Rhode narrowed his eyes and observed her because at this moment, he felt a sudden burst of imposing presence exuding from her that was entirely different from before. If Cassidy was a hamster before, she was now a cheetah baring fangs and brandishing claws. Her fearful expression vanished in the blink of an eye, turning into a solemn, furious, and indifferent look. She extended her arm and the iron sword on her back flew into her hand by itself. Then, she raised the iron sword and stared at Rhode.

Her eyes were stern and ice-cold, exuding a pressurizing aggression. At the same time, her gaze became chaotic, indistinct, and shattered, filled with indescribable tyranny. The sudden changes in her left Rhode in incomparable astonishment because this Cassidy who stood before him was totally different from the harmless rabbit a few moments ago. Right now, she had taken off the rabbit’s coat and put on the ferocious qualities of a wild beast. The fearsome aggression was so cold and powerful that Rhode felt it blowing against him in the wind. But this wasn’t all; along with her movements and words, the space around her transformed once again. But this time, the transformations were more frequent with various contrasting sceneries appearing and disappearing at the same time. Rhode felt a massive energy erupting from her.

Looking at this scene, Rhode felt like the situation was getting more troublesome. He took two steps back slightly and pressed his hand against the hilt on his waist. Then, he tilted his head slightly to communicate with the person in his head.

“I can’t get through to her. How about you come up with a way to make her calm down? From our conversation, she seems to like you a lot, so is it possible for you to do the talking and convince her? If this goes on, the situation will be terrible.”

Rhode asked. But his younger sister let out a helpless sigh and denied.

“I’m sorry, Big Brother. Right now, Cassidy is behaving solely out of instinct and words can’t get through to her. Even if I were to do it, I can’t possibly convince her. There is only one solution; you must defeat her and seal her up as your card spirit. Only through this way can her consciousness be restored. Convincing her now is completely impossible and it will even confuse her more. Although she follows the nature of Order as a Deity Warden, if we don’t end this quickly, it will possibly end up as you imagined—Chaos and Order contrasted. When that happens, the situation would be much more dangerous.”

If it was said that Cassidy was just an ordinary human earlier on, she now became a certain, terrifying presence. Her eyes flickered in golden brilliance and a powerful airflow dispersed from her body in all directions. Rhode unsheathed his sword with a stern expression, gazing attentively at her. It was apparent that in Cassidy’s eyes, he had become an enemy that she needed to eradicate.

It seems like she is still confused (even though based on the results of their conversation, Rhode didn’t think that he would be able to convince her, that was).

In this case, Rhode didn’t need to hold back anymore. He could only execute his original plan A now!

At this moment, Cassidy also flourished her weapon, launching an attack at Rhode! 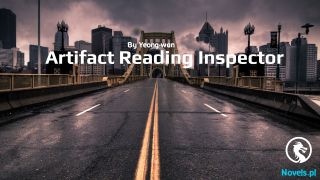