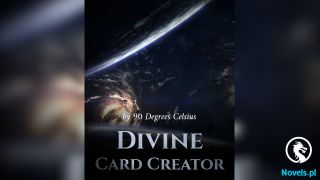 After flying for half an hour at the top speed the white hawks could, they arrived above the clouds and the academy’s main peak was just ahead.

“Finally, we are back and can sleep peacefully now.” A few disciples, who had faced too many life-threatening situations and because they weren’t strong enough, they were either carried by their teammates or had used distress talisman to quit, sighed in relief.

However, they weren’t the only ones to feel relieved. Others who were strong like Max also relieved.

After all, even strong people wouldn’t want to live in an uncivilized place like mountain forest, even if the danger to their life wasn’t much.

“Haha, isn’t it Elder Jack? How many of your disciples are still alive?” A teasing voice that filled with power and elegance sounded from behind as another white hawk appeared above the clouds.

Elder Jack’s expression, that was indifferent most of the time, rippled. His eyes also flashed with emotions upon hearing this voice. However, it was momentary.

He then turned around and looked at the newcomer expressionlessly.

The other two female Elders also glanced back and had interested expressions on their faces after seeing who it was.

It was a woman wearing Elders’ robes. Although she didn’t seem too beautiful at first glance, her beauty was soothing to look at and one would want to take a few more glance at her.

Her face was beaming with a teasing smile as she looked at Elder Jack.

Elder Jack didn’t say anything and only looked at her for a while before looking forward.

“Tch, cold as always.” She pouted her lips in displeasure before greeting the other two Elders.

“Elder Hailey, it seems your group of disciples had only a few casualties. Congratulations.” The female Elders smiled and congratulated her.

“It’s nothing much. I was lucky to have some outstanding disciples. However, Elders your groups seemed to have quite a few disciples missing.” Elder Hailey said as she glanced at the disciples behind them.

The two Elders had wry smiles and couldn’t help but glance at Elder Jack and said “Let’s just say, their luck wasn’t too good.”

Elder Hailey saw this and immediately realized what their gazes meant and consoled “It’s okay Elders. Some people don’t have human emotions and treat everyone sternly.”

The corner of Elder Jack’s lips twitched hearing her say this. However, he didn’t say anything and only sighed in his heart.

The hawks soon swooped down and landed before the academy’s gates.

Everyone was then led to an open field, where a stage was set up.

There were already some groups there, standing in the rows in front of the stage.

Seeing more groups of disciples coming, they started talking. Their discussion was focused on the number of surviving disciples of a group.

“Hey, look. That group has forty people alive. They aren’t too bad.”

“That group only has thirty-two. That’s even worse than our group.”

The group in which Max and others were, had lost 16 disciples in total and was looked down upon by them.

Max also scanned through the crowd and noticed that each group had lost at least ten or more disciples. ρꪖꪕᦔꪖꪕꪫꪣꫀ​ꪶ​

“Okay disciples, go and stand there for a while until all new inner disciple come back.” Elder Hailey said.

After that everyone stood in rows and waited as they looked around, appraising other disciples.

After one hour, most of the disciple had arrived. Until now, the highest number of disciples in returning groups was 44. Everyone looked at them in awe since this represented their group’s strength.

Suddenly, there was a commotion as a new group arrived.

“What? They only have this many disciples remaining. Were they all very weak?”

“No, it shouldn’t be the case. Since the weaker ones tend to use their distress talisman when encountering some danger. They must have encountered some powerful beasts.”

“How unlucky! Even the surviving ones looks very ruffled.”

Max also looked at this group and was surprised to see that there were only a total of 19 disciples remaining out of fifty.

Even the Elders frowned at this and immediately started to question the disciples and helpers that were assigned to the area this group was in.

“Mm?” Suddenly, Max saw a familiar figure. It was a girl who had golden hair.

She looked completely haggard even more than others in her group. Her clothes were tattered and were dyed red in blood that had dried up.

Her head was held down as she walked and others in the group seemed to avoid her.

Belen and others also looked where he was looking and found that she was somewhat familiar although they couldn’t see her face.

“Isn’t she…” Suddenly, they recalled who she might be and turned to look at Max, however, he wasn’t beside them anymore.

“Where is he?” Leticia asked in confusion.

Hoary expressionlessly pointed towards the group that had just arrived “There.”

Max arrived before the group in an instant or more precisely in front of the golden-haired girl.

Sensing that someone was in front, she looked up and saw Max standing there with a worried expression.

Seeing this, she had a panicked expression which was then replaced by a desolate smile and said in a voice that so weak that one wouldn’t be able hear without paying full attention “Hello, Max.”

Max’s expression was complex after seeing her face and looking at her smile, he felt sadness enveloping his heart and sighed.

She was Flavia, whose beauty could be compare to Lilly and Anna and was a goddess in countless people’s heart.

Someone who Max had liked the first time he saw her and started to like her even more after interacting with her.

However, right now, she had a bone deep claw scar, that went from the right side of her forehead to all the way to her neck.

Her eyes were dim and had dark circles under them while her lips were parched. She didn’t resemble her angel like appearance from before.

When she raised her head, everyone who saw her, felt pity. Especially the ones who recognized her like Belen, Rima and others.