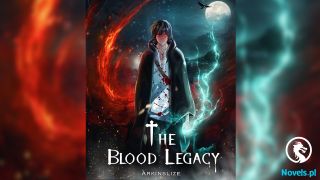 The giant tortoise was massive enough to swallow stars, which left Lu Yin completely shocked. It made him wonder if big Progenitor Chen's clone had been this large as well.

There was a shining tree growing on the back of the tortoise's shell. This was the tree that the Mavis family called the divine tree, and it had given birth to the entire Mavis family.

Lu Yin's pupils transformed into runes, as he wanted to see the number of runes that the Mavis family had. However, just like on Eversky Island and in the Hall of Honor, Lu Yin found that he could not see runes at any of the Neoverse's top powers.

Just as Lu Yin and Lulu were approaching the Ancestor Tortoise, the originally motionless creature suddenly moved its eyes, and the tortoise's long neck twisted so that it could look towards Lu Yin and Lulu.

The entire Mavis family was stunned.

Above the divine tree, members of the Mavis family appeared one after another to stare in shock.

"The Ancestor Tortoise is actually looking back? What's going on?"

"Throughout history, the Ancestor Tortoise's always only looked ahead! It's never changed the direction it looks in! Go look! What is it looking at?"

The people trailing behind the Ancestor Tortoise were similarly stunned. They were all familiar with the history of the Mavis family, and thus they knew that the Ancestor Tortoise had only ever looked forward since the ancient era. However, it had just turned its head around to look back. This was an incident that would shock the entire Neoverse.

Lu Yin frowned and stared into the Ancestor Tortoise's eyes. The creature was looking at him. Sure enough, the creature was staring straight at Lu Yin, but what did he see in the creature's eyes? Confusion? Contemplation?

A chill ran down Lu Yin's back, and he felt an unbearable sense of tension. This creature was beyond massive, and no one knew how strong it might be, but luckily, Lu Yin could not sense any hostility from the tortoise. When the tortoise looked back at him, Lu Yin's greatest fear had been that the creature would be hostile towards him in the same manner that some of the Fifth Mainland's people were hostile towards him. If that were true, Lu Yin would be in deep trouble.

The Ancestor Tortoise stared at Lu Yin for ten breaths” of time before turning back to look forwards and freezing once more.

Members of the Mavis family emerged from the void, all of them excitedly staring at Lulu.

"Lulu, child, did the Ancestor Tortoise just look at you?" A silver-haired old woman stepped forward to grab hold of Lulu's hand as she excitedly asked her question.

All the members of the Mavis family eagerly stared at Lulu.

"It was definitely looking at you! Be a good child and hurry up and go talk to Lord Ancestor Tortoise. Go move up to the front." The old woman grabbed Lulu and disappeared. It was as if she had never even seen Lu Yin.

The other members of the Mavis family also excitedly followed behind the old woman.

Lu Yin blinked. Had he just been dropped? What about being their honored guest?

"Alliance Leader Lu, welcome to my Mavis family's home." A voice spoke from beside Lu Yin.

Lu Yin was startled, as he had not noticed anyone nearby. He turned his head and found another old woman who was looking at him with a kind smile.

The old woman smiled. "Are you visiting my Mavis family as a junior? In that case, let me offer you a gift."

As she spoke, the woman pulled out a gray Mavis Bank card from her cosmic ring and handed it to Lu Yin, who took it.

Lu Yin was startled, and waves billowed in his heart. He was meeting rich people. Real, authentic rich people! Just a greeting gift was already 5 billion star essence! This was too much wealth. Lu Yin rarely ever came across so much money before he went to the Starfall Sea, and the woman was even offering him an emergency loan of up to 20 billion star essence. That was almost his entire net worth!

This old woman's generosity left Lu Yin completely stunned, and he looked at her with an unprecedented degree of affection in his eyes. The first thing that popped into his mind was to ask himself why he had not visited this family sooner!

He quickly put the card away and bowed again to the old woman. “Thank you, Senior, for your gift. This junior really has nothing to offer you in exchange, so I must apologize."

"Haha, it's already exceptional to have Alliance Leader Lu as my Mavis family's guest, so how can I not offer you a welcome gift? I am the Mavis family's momentary chief elder, Yunying Mavis," the old woman kindly introduced herself with a gentle smile.

Lu Yin had actually been wondering how he should behave when meeting the Mavis family, but the gift from Yunying Mavis had thrown such considerations out of his mind. The Mavis family was being very polite to him.

While the Mavis family was exceptionally wealthy, not everyone qualified to receive a welcome gift when visiting, let alone such a generous one.

Truthfully, it was too much. Lu Yin's mouth actually went dry as he thought about the 5 billion star essence that he had just been handed.

As Lu Yin followed Yunying Mavis onto the Ancestor Tortoise's back, he saw the strange environment that was the Mavis family's home.

The Ancestor Tortoise was large enough to swallow stars, and its back was no different from a massive landmass that held the divine tree.

"Most outsiders are hosted beneath the divine tree when they come to visit my Mavis family, as only a few are qualified to climb the divine tree. Alliance Leader Lu, please." Yunying Mavis laughed.

Lu Yin nodded when he saw that he was being genuinely welcomed. His status in the Fifth Mainland certainly qualified him to be able to climb the divine tree.

Few outsiders ever saw the inside of the canopy of the Mavis family's divine tree. The fact that Lu Yin was climbing the divine tree drew the attention of a large number of people from the Mavis family, and they finally turned to look at him.

Lu Yin felt as though the divine tree seemed more like an umbrella for the Ancestor Tortoise. As for the Mavis family themselves, the tortoise might see them as tiny bugs.

The members of the Mavis family were scattered throughout the divine tree. Lu Yin followed Yunying Mavis up the tree, and they soon arrived at a branch that was quite high up. While it was called a branch, it was more like a land mass. Each of the divine tree's branches was large enough to hold entire stars.

Yunying Mavis led Lu Yin to a wooden house. It was very simple and seemed completely at odds with the expected living conditions for someone from the Mavis family that controlled the Fifth Mainland's economy.

"Alliance Leader Lu, taste this tea from the divine tree's leaves." Yunying Mavis gestured for Lu Yin to help himself.

He quickly accepted the cup. "Thank you, Senior."

He then took a sip, and a fragrant smell filled the air. On top of that, he felt as though his body had undergone some sort of baptism as a cool energy rose up from within. He could not stop himself from voicing his admiration. "It's excellent tea."

Yunying Mavis smiled. "It's made from the divine tree's bark that's been dried. If you enjoy it, you can take some with you when you go."

Lu Yin smiled back at the woman. "Thank you so much, Senior."

He set his teacup down. "Why didn't Senior accompany Lulu to speak to the Ancestor Tortoise?"

"There's no reason to keep a distinguished guest waiting."

Lu Yin remained humble. "I'm simply visiting. I'm no honored guest that a senior like you needs to treat me so carefully."

Lu Yin felt that Yunying Mavis had noticed the details and knew that the Ancestor Tortoise had not been looking at Lulu, but rather at him. He felt that this was why the matriarch had stayed to play host to Lu Yin instead of accompanying Lulu to speak to the Ancestor Tortoise. If not for this possibility, Lu Yin could not think of any reason for the Mavis family to treat him with such care, or even Arch-Elder Zen, for that matter. For this family, no one was more important than their Ancestor Tortoise.

Yunying Mavis sipped her own tea, but she did not continue discussing the Ancestor Tortoise with Lu Yin. "Alliance Leader Lu, did you just mention that you find the divine tree to be impressive?"

Lu Yin nodded and shared his admiration once again. "Such a massive tree is quite magnificent. Its branches can carry stars while it also gave birth to the Mavis family. It truly is a unique specimen."

"This should not be the largest tree you've ever seen, Alliance Leader," Yunying Mavis said.

Lu Yin set his cup down once more and let out a sigh. "The Mother Tree is indeed the largest tree this junior has ever seen. When placed next to the Mother Tree, both the divine tree and the Ancestor Tortoise can only walk on its branches."

Lu Yin's eyes flickered. "Gave birth to all of human civilization? No, at best, just part of humanity."

"Do you happen to know why that tree is called the Mother Tree?" Yunying Mavis suddenly asked.

Yunying Mavis gave a small smile, and the tea in her cup formed a stream that trickled into the air to form a model of five irregularly shaped landmasses that extended from a central landmass. Above the primary landmass, the tea took on the shape of a tree so large that it covered almost all the landmasses below it.

Lu Yin was surprised by what he saw.

This was the first time that anyone had shared such an image with Lu Yin. The Sixth Mainland's invasion of the Fifth Mainland had revealed to the public that humanity had once inhabited six Mainlands, but very few people knew anything at all about how the Mainlands had been arranged. Lu Yin himself had only just learned of it.

"Is that really what human civilization looked like at the beginning?" Lu Yin hesitantly asked.

Yunying Mavis nodded. "My Mavis clan has been around for a long, long time. Much longer than even the Hall of Honor. I myself have experienced many things, and what I just showed you is what the universe looked like at the dawn of humanity. The Mother Tree sprouted from the First Mainland and covered the six Mainlands, each of which had their own Daosource Sect."

"How did the other Mainlands disappear?" Lu Yin asked as he stared at Yunying Mavis.

The old woman just shook her head. "I've already told you all I know. If Elder Lingzhi were alive, she might be able to answer such a question, but with her death, a great deal of my Mavis family's history was buried. This is a history that even the Hall of Honor would want to learn. It's really a pity."