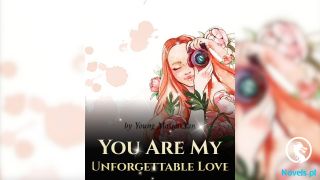 Feiyun could hear the stench of blood before making it to the top. The cliffs nearby were broken with yin energy oozing out of the mud.

As they walked farther up, they saw dead Abnormalities and Corpse Evils. The air had numerous different remnant auras.

“The Stranges and Evils of Yin and Yang were here last night.” Feiyun increased his pace and made it to Ji Lingxuan’s grave.

He saw a young monk being pinned down; his blood stained the grave.

The spear had evil runes on top with thick murderous intent. It must have killed many cultivators in the past.

Feiyun pulled out the spear with a heavy heart. The monk’s corpse was cold; his eyes still wide open. Feiyun crouched down to close them.

The two sisters were frightened. Ji Xiaonu who loves to argue with Feiyun kept her mouth shut.

The turtle walked around the corpses and smelled the blood: “Damn, at least ten Venerables died last night. This little monk was a badass.”

Feiyun frowned and used his Minor Change art to calculate the events last night. Alas, someone shrouded the area so he could only see some general scenes. He saw Long Cangyue among them.

“Why are they looking for her?” He also saw the monk opening an escape path for her.

“Probably for Yama’s eyes.” The turtle kept on smelling the blood and named off some experts from the two worlds. Sure enough, they were all here last night.

Feng Feiyun called out Monk Jiu Rou from Heavenly Kingdom. Monk Maitreya was the guy’s disciple in name. The master should care a little bit about his disciple’s death.

“Motherfucker!” Monk Jiu Rou carried Maitreya’s corpse while cursing; his chest tattoos were visible for all to see.

The monk was in a terrible mood. Monk Maitreya was his only real disciple. Now, the guy was dead.

His rage could pierce the sky right now. This was an unforgivable offense!

The monk cursed while digging a grave for his disciple. Meanwhile, Feiyun was worried about Long Cangyue.

He let the two sisters into the Heavenly Kingdom before finding clues from last night to find Cangyue.

“So many came.” The turtle’s nose seemed more effective than a dog. It stood up straight and ran around the bushes with extreme speed. It saw dried corpses as well - those who were killed by Cangyue.

The clues stopped once they made it back to the capital. The streets filled with people and carriages appeared again.

“What should we do?” The turtle sat down on Feiyun’s shoes, contemplating with its chin resting on its hands.

“Follow me.” He lifted it up by the neck before disappearing from sight. He was too fast for anyone to see.

In the next second, he appeared before a large mansion in another location at the capital. It was surrounded by walls and courtyards, made from jade and precious stones instead of bricks.

Its gate was golden, evident of being owned by the nobility. This particular one looked desolate with leaves everywhere. Not even a single servant could be found.

“Princess Manor?” The turtle struggled and finally got out of Feiyun’s grip.

“This is Long Cangyue’s old place. Go take a look.” Feiyun waved and destroyed the defensive formation before pushing the gate open.

The turtle turned into a white ray and came in first. It started sniffing everywhere and found a fresh scent of blood.

“This is it.” It became happy.

Feiyun saw the trail of blood and heaved a sigh of relief. They followed it and found Long Cangyue near the entrance of a basement.

She was bloodied from top to bottom. Even the ends of her hair had drops of blood.

She crawled to the basement door, leaving bloody prints behind. She couldn’t open it before falling unconscious.

“She’s a tough one.” The turtle said.

Feiyun condensed a Buddhist pill and fed it to her. He grabbed her hand and channeled a gentle wave of energy into her.

Her body became engulfed in a faint Buddhist light and her wounds healed at a visible rate. Eventually, her white skin returned; not even a scar could be seen.

Alas, she still didn’t wake up right away due to the serenity of her injuries.

“The royal clan is here so I don’t think the enemies will come soon. This place is safe for now.” Feiyun carried her towards a pavilion.

When Long Cangyue woke up, she found herself laying in a warm bed, feeling as comfortable as can be.

She lazily turned over and embraced a body pillow before realizing something and becoming tense. She opened her eyes wide, revealing a sharp flash, then got up.

Her bloodied clothes have been changed. She smelled a flower fragrance on her and had a white sleeping gown on. Her wounds were no longer there; she was healed outside of being a little tired.

Most importantly, another person was in the room, a man sitting with his back facing her!

“Whoosh!” She summoned her spirit sword and coldly uttered: “You changed my clothes?”

Feiyun was sitting on a red sandalwood chair. On the table was a soup bowl still hot with steam. He nodded in response: “Mmm, I gave you a bath too.”

“Whoosh!” She aimed for the back of his neck, creating a powerful gush. Alas, Feiyun easily stopped her blade with two fingers.

The sword trembled but couldn’t escape his grip.

“Be good now and rest.” Feiyun put away the sword by suppressing it with his golden energy.

He then carried the bowl over to the bed and sat down. Meanwhile, she has been astonished after he turned around. Tears continued to pour down as she gritted her teeth.

She didn’t recognize him at first because he had removed his demonic presence and replaced it with holy Buddhist energy. It was impossible to tell that it was him from the back.

“Why are you crying?” He wiped the tears near her eyes.

“I’m not.” She stopped him and wiped it off with her sleeves. No tears could be seen; only her slightly red eyes.

“Okay, okay. Drink this mix of spirit grass first, I made it myself. It’s one of a kind.” Feiyun raised the bowl.

“Feiyun, I told you, I didn’t cry. I, Long Cangyue, had never cried before in my life. Bring this up again and I’ll cut you down after I’m healed.” Long Cangyue bit her pale lips, seemingly taking this very seriously.

“Why did you change my clothes and give me a bath without permission?”

“Why did my mother die? She died in your embrace, why didn’t you tell her that I was alive?”

“I faked my death and hid in the dragon vein two years ago for your sake but what did I get in return? My mother is dead, Long Luofu seized the throne. Tell me, Feng Feiyun.”

He paused for a bit before reply: “Just drink first.”

“Feed me.” She stared deeply at him with her cold eyes.

He scooped up a spoonful then embraced her, moving the spoon next to her shiny lips: “Your mother told me to take care of you. Plus, you’re my fiancee, it’s not outrageous for me to change your clothes.”

A pot of soup was still hot on the table. The turtle loved the fragrance and got closer. It stretched its neck down, wanting to drink some.

“Splash!” Unfortunately, it was too clumsy and fell inside.

Meanwhile, Feiyun gently stroked her long hair and continued feeding her. She hid in his chest while listening to his explanation.

This moment of peace didn’t last long. They suddenly heard a burst of sinister laughter from the night.