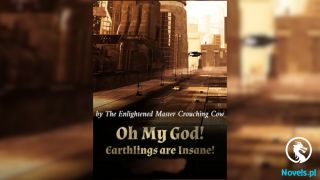 Chapter 792: Death At The Cemetery

Buddhist bells, the moon, and the breezes.

The peak behind Southern Sky Temple was covered with towering trees and weeds. The moonlight shone the scattered leaves.

Long Cangyue stood in front of a lonely grave next to a tattered temple. The moonlight revealed her perfect jade skin. Her black hair fluttered in the wind like a dancing waterfall.

“Master, how did my mother die?” Her eyes were teary; even the eyelashes were wet. However, she tried her best to not let any tear come out.

A monk in a white robe looking only around eight or nine years of age stood behind her. He had a kind expression and held his Buddhist beads while speaking: “Consort Ji heard about your death and lost her will to leave. She ate an ice soul and ended her life.”

“Why didn’t Feng Feiyun tell her that I was still alive? Why didn’t he?” Long Cangyue trembled; her heart was bleeding with grief.

Monk Maitreya placed his palms together then began to sweep the leaves on the ground: “During the winter two years ago, this place was filled with snow, far colder than right now. Your mother died in Benefactor Feng’s embrace. She didn’t seem too dejected and departed with a smile.”

“He simply watched her die?” Long Cangyue clenched her fists.

“Your mother had a tough life, dying is actually a type of liberation. Miss Long, don’t blame yourself or Benefactor Feng. No one was in the wrong, only this cruel world.” The monk said.

Tears finally streamed down her cheeks. She got on her knees and bowed her head three times, seemingly whispering something.

The monk suddenly stopped sweeping because the leaves turned into a bloody color and became blades with a ghastly aura. The atmosphere of this peak changed immediately.

He placed his palms together and chanted: “Amitabha! Where did you come from, fiends?! Daring to cause trouble at my temple.”

Long Cangyue also got up. A black spirit sword flew out of her forehead. The blade contained countless ancient runes: “Evils and Stranges from Yin and Yang? How dare you come here and disturb my mother’s rest?”

“I am the ninth Venerable of the Yin World, Li Bashan. I am under the order of the Whiteskin Ghost King to come here and obtain Yama’s left eye.” A phantom wearing a white robe floated in the air.

Long Cangyue became alarmed. She had fused with Yama’s left eye long ago so they were here for her.

The monk gathered energy and started glowing. A golden layer formed around his skin as he spoke: “Venerables from Yin in Jin? Are you not afraid of the Yin Mother’s wrath?”

“The Yin Mother has long been forced out of our world. The lord of Yin is the Whiteskin Ghost King now. He’s the one ordering us to come here and take over.” A deep voice came from the shadow.

“The lords of this land should be us! Jin and the other dynasties will turn to ashes.”

“This is the capital. The Jin Emperor can notice everything here.” Long Cangyue said.

An enormous Abnormality with three heads walked out: “Our first Venerable is blocking the heaven’s eyes, the royal clan has no idea what’s happening here.”

“The eye is inside her, reduce her to ashes and we’ll find it.” A different head said.

The three heads spew out an extremely hot flame, turning the ground into lava.

Long Cangyue protected the rave behind her and slashed forward, releasing a river of swords more than thirty meters long. She successfully decapitated one of its heads.

“All-devouring.” She coldly uttered in response.

Her palm became a black hole that swallowed the two specters, instantly refining their essences into her own power.

“An evil treasure-seeking master! Sh*t! She has the Spirit Treasure Chapt-'' A scream came from the darkness but stopped abruptly because the speaker was devoured. It turned into a dried corpse, falling to the ground.

Their arts allowed them to steal power from others. This cultivation method was hated by everyone else. The users would be hunted right away.

More than ten figures rushed towards Cangyue. Three of them were Venerables, resembling three mountains.

Chilling black fog billowed around her. She pinned her sword on the ground and created a devastating formation.

The assailants were blown away, dazed. She then took advantage of this and devoured them.

However, there were too many enemies and she became grievously wounded; her dress stained with blood.

Moreover, she had absorbed too many different types of powers so her inner stabilization became chaotic.

Meanwhile, the powerful monk was actually fighting against ten Venerables. He vomited blood from the unfair fight.

“You two are courting death.” Li Bashan laughed and unleashed a punch encompassing a mountain of bones.

It struck the monk, nearly breaking his back.

“Master!” Long Cangyue shouted but couldn’t come to help. A Corpse Evil was blocking the way.

The pale monk’s face was covered in blood. Nonetheless, he still looked holy as he gritted his teeth: “Run, I’ll open the way!”

He placed his palms together and started reciting the Undying mantra. His golden light became infused with flames.

He opened his eyes and shot out two terrible rays, killing several dozens of abominations at once.

Long Cangyue killed the Corpse Evil blocking the way and ran through the path opened up by the rays.

“Where do you think you’re going?!” A black figure pursued.

“All shall perish!” The monk activated a forbidden art, wanting to trade his life to kill all the abominations here.

“I can’t let you do that.” Li Bashan summoned a spear looking like a black dragon. It issued a sharp howl and pierced the monk’s mouth, pushing a part of his skull out through a hole on the back of his neck.

The monk couldn’t finish his forbidden incantation and got blown backward, hitting the consort’s tablet.

The monk lay on top of the grave and couldn’t speak. Blood gurgled out of his mouth; his body trembled violently.

Li Bashan came over with a sneer. He stomped on the monk’s head and pulled out the spear before thrusting it down again towards the monk’s heart.

The monk stopped moving; his eyes were still open and looking at the sky.

The place became quiet once more.

The abominations from the two worlds left this area. The stench of blood permeated the air. The monk’s heart was still bleeding.

The next day, on a mountainous path.

Feiyun saw the temples in the wilderness, recalling his previous trip here.

He planned to visit Ji Lingxuan’s grave first before seeing Monk Matreya in his temple. It has been two years so the path was filled with weeds.

“Where are you taking us? Aren’t we going to the Ji Clan for revenge?” Ji Xiaonu walked in front of Feiyun with both hands on her waist, demanding an answer.

“Gonna pay respect to an old friend.” Feiyun had paper money and incense with him. For some reason, an ominous feeling has been haunting him during the trip.

“Please, doing this right away after just reaching the capital? I’m sure you’re just going to see a lover.” The turtle was left behind and had just caught up to the group. It struggled for breath but still commented.

“Yeah, sure, whatever.” Feiyun responded.

He found out from Sha Hangyun that those from the Yin and Yang World wanted to attack the Ji Clan to steal their treasure-seeking scripture and the summon trigram. Thus, he moved nonstop towards the capital.

These two items were too crucial. He couldn’t let his enemies seize them.

Unfortunately, coming back here reminded him of Ji Lingxuan and Nangong Hongyan.

The latter was protected by the royal clan and he wasn’t in a position to see them. Thus, he would first visit Ji Lingxuan then ask Monk Matreya for information about the Ji.