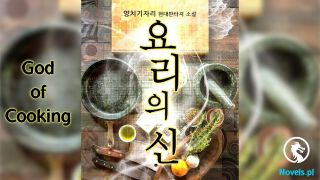 The massacre left Eighth’s mansion with pools of blood and dismembered corpses.

Feiyun’s robe and shoes were stained with blood. He thrust his spear and sent three soldiers flying into a wall, smashing it in the process.

“Boom!” He stomped down and killed all three.

An old man wearing a golden robe flew out and landed on the ground. He turned the streams of blood into energy and sent it towards Feiyun.

“Boom!” Feiyun crushed it with his spear.

The old man couldn’t believe it - this half-demon was strong enough to destroy his Whirling Profund Blast.

“I am Huawei Zi of Westwood Mountain, a guest elder of Eighth Lord Gu. I see that you’re a true talent and do not wish to kill you, leave now.” He said, being quite polite towards a half-demon.

He would have crushed Feiyun but alas, the deity wanted to see him.

“Out of my way, old man, I have business with Eighth, not you.” Feiyun uttered coldly.

“You…” Huawei Zi trembled with rage; his hair and beard nearly stood up straight: “I can’t interfere with the competition of the young generation but I’m responsible for protecting this mansion. I will teach you a lesson for coming here and stirring up trouble.”

He was confident in his cultivation and didn’t use a weapon. He leaped forward and aimed at Feiyun’s head with a palm strike.

The latter sneered and shifted multiple times faster than Huawei Zi. He appeared above the assailant and slapped him down to the ground.

“Boom!” The jade bricks around him broke. Huawei Zi was in serious pain; his spine was nearly broken.

He had never been humiliated like this before so he was furious. He got up and sent a green seal towards Feiyun.

It became gigantic and issued a golden glow. Runes began coming out.

This was a ninth-ranked spirit treasure, destroying the area around it.

“Not bad.” Feiyun raised one hand. It turned into a massive shadowy hand and captured the seal. He then thrust his spear through Huawei Zi’s heart.

A fifth-level cultivator had an incredible life force. He was still alive in spite of his heart being eviscerated. His eyes turned brutal as he unleashed a palm strike forward.

“Boom!” Feiyun retaliated with a phoenix claw, tearing the flesh off his opponent’s arm - revealing the white bones beneath.

Five beast souls appeared behind him - five vine serpents. They rushed towards Feiyun.

“It’s futile.” Feiyun shook his head and channeled beast power into his hand. He unleashed a 442-fold attack of a fourth-level cultivator, crushing both the beast souls and their master.

The other guards couldn’t believe it. A guest elder was killed so easily? Just how strong was this half-demon?

They stopped and didn’t dare to fight this monster.

Feiyun made it to Eighth’s pavilion. The guards surrounded the area but didn’t attack him.

Young geniuses sat on the pavilion, drinking and appreciating “Azure”. They smiled as if they didn’t notice the murderous Feiyun.

“Brother Feng, why are you here at my mansion?” Eighth looked handsome and refined.

“Don’t ask when you already know the question. Why did you buy the beast souls from Heavendream?” Feiyun stood there proudly and asked.

“Oh?” Eighth acted surprised then smiled: “I didn’t know it was you, Brother Feng, I apologize. But I did pay double the price, not like it was a good deal. You should have let it go.”

Feiyun didn’t want to let this go since it was his justification.

“Feng Feiyun, you intruded this place and killed so many guards and guests, do you not care about the laws of Crimson Territory and the great territory lord?” Liu Suhong wore a red dress on top of her snow-white skin. Her face looked a bit cold.

Liu Suzi stepped forward while fanning her paper fan, looking like a purple gale: “The competition of the young generation is about courage and hot-bloodedness. It has nothing to do with the laws but even if that were the case, the strong are always right.”

“Well said, then we’ll see who is stronger between us.” The number one genius of the Huang jumped off the balcony and crushed the ground beneath.

He wore a daoist robe with a trigram symbol to the front and a cauldron to the back. His black hair was tied and kept together by a daoist crest. His weapon of choice was a horsetail whisk.

He swung it once and released a white river of energy. When he was born, an old daoist came to the Huang and took him in as a disciple. The training lasted thirty years and he was allowed to come back.

At that point, he became the brightest genius of their young generation. His daoist attainment was impressive indeed. Few knew his actual power because he never had to go all out before.

Feiyun became radiant with his Buddhist light. His skin was covered by a golden glow along with runes. The tenth-ranked demon treasure shared the same glow as well.

He used his Swift Samsara to dodge the whisk and aimed for Huang Tian’s head.

The latter created a trigram seal to stop the thrust while gliding backward. He pulled his whisk back and was shocked.

He had analyzed Feiyun’s strength earlier but realized that he was still underestimating the guy.

Feiyun didn’t give him a chance to breathe. He became as fast as a shooting star and pierced the guy’s head.

“Pluff!” The spear went through the back of Huang Tian’s head.

‘Something’s amiss.’ Feiyun realized it right away and decided to retreat. Sure enough, a whisk cut through the air and destroyed where he was just standing.

There were two Huang Tian - one with his head pierced and the other attacking Feiyun from above.

“That’s right, quite knowledgeable for a half-demon.” Huang Tian sneered. Having said that, a yin yang fish appeared beneath him. He jumped once and appeared in front of Feiyun.

Feiyun placed his palms together for a Buddhist seal. Runes appeared before his dantian and stopped the sword energy. He then used Swift Samsara again to instantly appear ten meters away.

Huang Tian didn’t stop and pressed his advantage. The fish diagram appeared again while the whisk’s individual strand flew forward; each sharper than a spirit sword as they soared through the air.

“Huang Tian is actually at the peak fifth level now. This combined with his dao techniques makes him quite hard to beat at the fifth level.” Ninth’s eyes narrowed in disbelief.

Huang Yuchang said: “He must have entered our ancestral temple and was blessed by the power there, that’s the reason for his cultivation increase. Only successors are allowed to do so, did the old men decide already?”

Meanwhile, Feiyun stabilized his stance and said: “Do you think your daoist art is unbeatable? Golden Silkworm Domain!”

Feiyun’s radiance erupted and became brighter than before. Thousands of silkworms appeared while a large halo condensed behind him. Beneath was a large Buddhist platform.

Buddhist hymns echoed throughout the mansion.

“Hmph, just a Buddhist domain. I have a supreme dao domain too! Nineshade Domain!” Nine different colored barriers appeared, causing him to look as if he was possessed by a daoist god.

“Yeah? I have another one, Myriad Beast Domain!” Ten thousand beast souls rushed out of his body and crowded the air.

Their roars and auras were awfully intimidating. Feiyun’s bloodthirst soared as well.