Jiang Chen had to admit that Wu You’s concerns weren’t unfounded. The human heart was unpredictable. Anything was possible under the circumstances.

Perhaps Wei Yong had been deceived. Perhaps it was a trap meant for Jiang Chen.

After all, the sheer amount of orbs he had in his possession would put Sui Chen to shame. If the holy girls could capture Sui Chen, why would they let the less powerful Wei Yong slip away?

It was highly suspicious all around. If Jiang Chen had to guess, he’d say there was absolutely a trap waiting for him.

Nonetheless, he wasn’t too worried. He’d taken Wu You’s reminder into consideration, but he knew enough about traps and schemes to deal with them.

Wei Yong soon brought them to the mouth of a deep valley that cut through a circle of mountains. The difficult terrain isolated the quiet valley.

“Where are we going?” asked Gan Ning with a frown.

Wei Yong smiled wryly. “Into the valley. We’re getting close.”

Gan Ning threw all pretense out the window and asked bluntly, “Wei Yong, you aren’t working with outsiders to set us up, are you?”

“Heavens, I’d never!” Wei Yong jumped to attention to defend himself. “If I’ve told you a single lie, may heaven smite me!” Humiliated by the accusation, he swore a serious oath.

“Enough, those of us from the same faction shouldn’t second guess each other,” Jiang Chen said calmly. “It’s possible that the holy girls have kept you in the dark so that you’d do their bidding.”

Wei Yong stilled. He’d failed to consider that possibility in the heat of the moment.

“Senior brother is right,” Gan Ning said. “Perhaps they’re using you to set up senior brother Jiang Chen. How many orbs do you and your teammates have? Why would they need to target you like this? Besides, it doesn’t make sense for you to escape while Sui Chen was detained.”

Wei Yong froze. Were they right? Was Jiang Chen the real target, not them? How pathetic would he be if that were the case?

Inside the valley, they navigated through a few narrow paths and reached an open space.

A man considered them coolly on the outskirts, stopping them from proceeding further.

“Who goes there?” The cultivator wore a pure white robe with the symbol of the Radiance Sacred Land sewn into the fabric. His grace was superior.

“We’re from the Eternal Sacred Land,” Wei Yong declared with borrowed confidence. “Senior brother Sui Chen was captured by your party for simply greeting the two holy girls. For what reason did that occur? Senior brother Jiang Chen has personally come to ask for him back. Hurry and let Sui Chen go right this moment!”

“That would be me,” Jiang Chen replied nonchalantly.

“You don’t look all that different or powerful. Why would both Hu Lei and Shi Qinglu fail to defeat you? Have the rumors been exaggerated?” The cultivator dressed in white muttered seemingly to himself, but maybe to Jiang Chen as well.

Jiang Chen snorted. Geniuses from the ten sacred lands were indeed strange and prideful. People should be intimidated by him after his defeat of Shi Qinglu, but the man didn’t look at all wary.

“Brother, Sui Chen is my peer. Why are the two holy girls holding him? Can you let him go for my sake? If he’s done anything to offend you, we’ll naturally make amends to you.”

Jiang Chen was exceedingly polite. Unlike the poison consort, it was better to try the diplomatic approach with the two holy girls first.

“Bring them in, Ah Xiou,” a crisp and inviting voice sounded from the depths of the valley.

“Understood,” said the man in white. He rolled his eyes at Jiang Chen. “Come with me.”

They quickly arrived at an exquisite bamboo wood with a thatched cottage beside it.

Inside, a woman dressed in white was playing a zither, while another dressed in orange played a flute, the sound faint and meandering. Their music was pure and serene, washing over the listeners like the spring breeze and calming their minds.

Jiang Chen enjoyed the wonderful performance from afar, a smile tugging at his lips.

Their duet continued for a quarter of an hour. The sound of their melodies lingered long in the air after they were done.

Jiang Chen clapped and chuckled. “Such a duet was veritable dulcet tones from heaven. The two holy girls possess skills most impressive.”

The woman dressed in white placed her hands on the zither. With a pluck, one of the strings shot toward Jiang Chen.

Jiang Chen raised his hand with a faint smile, trapping the string with a ray of golden light. “Isn’t it a shame to take a string off of such a fine zither?”

“It’s Jiang Chen, isn’t it?” asked the woman dressed in white. Her voice was colder, more aloof. She wasn’t the one who had called them in. That must have been the holy girl dressed in orange.

The two women were polar opposites. One radiated a cold brilliance like the silver moon. The other shone like the rising sun. When they played together though, their personalities melded into their music and complemented each other like puzzle pieces, creating a unique rhythm. They were exceptional musicians.

Even someone with as much worldly experience as Jiang Chen had to admit the performance was perfect. He’d rarely heard a performance as good as this even in his past life.

“I am Jiang Chen. It is an honor to meet you.” Jiang Chen greeted them with dignity.

The woman dressed in white scoffed. “You go around these days villainously robbing people with no restraint. Why are you putting on a genteel act now?”

Jiang Chen chuckled despite himself.

He hadn’t expected that would be the image he was projecting. He had been robbing people? He could swear on his life that he’d never once taken the initiative to rob someone.

Nonetheless, he didn’t make it a habit to explain himself. He hadn’t done anything wrong. There was no need for him to defend himself to the two holy girls.

There would always be those who misunderstood you.

Jiang Chen’s noncommittal smile frustrated the holy girl dressed in white. “Sister Si Tong, this isn’t a good man. He may do more harm than good to Myriad Abyss if he’s allowed to grow into his own.” 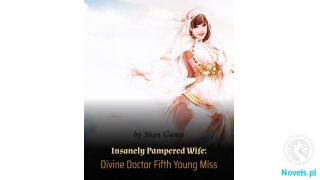