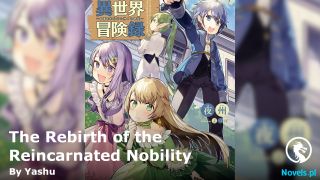 Chapter 919: This One is Even More Shameless

Yue Pingjian also started to have ideas about the Golden Pill Sect’s crystal mine. How could he allow Yue Qingjie to show his face? If the old man made a move, anything good in there would be given to that little pest. How could he get a share?

After listening to Yue Pingjian’s words and looking at his awe-inspiring expression, Wei Zhixuan’s mouth was agape and several of his men were also shocked.

“Second cousin, don’t underestimate the Golden Pill Sect, their cultivation is not weak.” Although Wei Zhixuan had heard of Yue Pingjian’s talents, he had personally experienced Ling Chuxi’s strength. If this young man was just like him and would get hit as soon as he stepped forward, then Wei Zhixuan would really be dead this time.

“I humbly thank my second cousin.” Wei Zhixuan knew that he would not gain any benefit from this, but just being able to recover his losses would be great. Besides, even if Yue Pingjian got the big portion of meat, he still will be able to get a portion of the soup, so he became excited again.

“We are brothers of the same family; you don’t have to be so polite. Let’s go, I will take you around the sect. You probably haven’t seen what a real sect looks like, so it’ll give you a bit of insight.” Yue Pingjian led the people out arrogantly, along with the disciples of the Flowing Clouds Sect. Since they had common interests, his attitude towards Wei Zhixuan became better.

‘We haven’t seen a real sect before, but we have witnessed the shamelessness of the sect’s disciples.’ Wei Zhixuan’s subordinates thought bitterly as they followed behind them. Of course, they only dared to complain in their hearts. How could they say something like that out loud?

Not long after Yue Pingjian, Wei Zhixuan and the rest started their tour, a group of people were approaching from a distance. With Wei Zhixuan’s sharp eyes, he saw a familiar beautiful figure in the crowd and was stunned. ‘It’s her! Why are they here too?!’

What Wei Zhixuan saw was Ling Chuxi and others.

However, Ling Chuxi didn’t mind. She just wanted to visit the sect where her elder brother was.

“This side is the outer sect’s sword testing platform which is used by the outer sect disciples to learn martial arts. Past this gate is the inner sect. If nothing is out of the ordinary, the outer disciples are not allowed to enter the inner sect without authorization,” Yan Rusong explained to Ling Chuxi and the others as they walked.

Along the way, young disciples who practiced and learned in groups of twos and threes could be seen from time to time. Although their strength was not as good as people like Su Yanhua, they were quite a bit better than the other Su family disciples. If these were only the outer disciples, it could be assumed that the inner disciples were much stronger.