Support
Random Novel
Number One Lazy Merchant of the 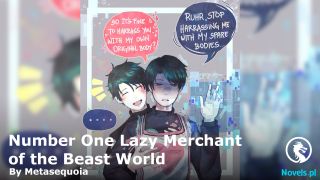 “House Leader, help, help!” The man who had been leading the confrontation earlier became trapped by Zhang Yuhong, Hu Ruxue, and the others.

Zhang Yuhong had been holding back a lot of grudges, from Lan Xinyu’s slap to Ling Chuxi’s treatment towards him. Without having had an outlet to vent his anger, he took the opportunity to not hold back.

Although he could not withstand a single blow from Lan Xinyu, he was still considered quite outstanding among the descendants of the Zhang family. If Lan Xinyu did not know the sword play and martial techniques of Golden Pill Sect like the back of her hand, she wouldn’t even have been able to stand before him as his opponent. The more he remembered and thought about it, the more his blood boiled. This only made him act like a mad tiger. Even the man from the House of Blood Fiend could not stop complaining.

“You must be tired of living to actually dare cause trouble in my, Lei Wanshan’s territory. Do you really know the word ‘death’? Brothers, chop them up for me!” The leader of the brawny men brandished his machete and cursed loudly. He must be the leader of the House of Blood Fiend.

“Alright, you can do it now,” said Ling Chuxi to Gongxi Kuangdao. She could vaguely see that this person’s strength had already reached the realm of True Essence advanced stage. He was also someone fierce yet careful.

Courage begot courage, and blood begot blood. However, the opponent’s numerical advantage and strength were not obvious. She did not really want to let these young disciples fight to the death with such opponents. Their disciples are Golden Pill Sect’s most precious resource—they were their hope, their future.

Gongxi Kuangdao had been waiting for this moment for a long time. He let out a wolf-like howl and rushed forward with his blade raised high. His target was the leader of the House of Blood Fiend, Lei Wanshan.

“Let me have him.” Lei Wanshan shouted loudly when he saw Gongxi Kuangdao rushing toward him.

The blood-red aura rolled forth onto the blade as his strong and powerful body became wrapped in a whirlwind before exploding forth in an imposing aura.

Two strong figures flew forth from either sides of Lei Wanshan at the same time as their blades aimed and slashed towards Gongxi Kuangdao. They were Lei Wanshan’s personal guards.

“Great timing!” With a howl, Gongxi Kuangdao’s Eight Wasteland Blade slashed against them.

The two personal guards were immediately sent flying backwards at an even greater speed with a muffled groan. They crashed heavily into the cliff behind them before sliding down like mud.

Lei Wanshan’s heart sank. He knew how strong his guards were. Even he was not confident of winning if they joined forces against him. But if even they couldn’t stand their ground against Gongxi Kuangdao, exactly how strong was his opponent?

Anyone who meets Gongxi Kuangdao for the first time would be greatly shocked by the Gongxi clan’s risky, all-out martial technique.

Although he was shocked, Lei Wanshan was also an experienced expert. He knew a rare opportunity had arrived when Gongxi Kuangdao put away his blade, so he took advantage of it and slashed down with all his strength.

At this moment, his vision blurred, and a beautiful figure appeared in front of him like the arrival of a sudden mist blown in by the wind. The sword flashed with tens of thousands of cold lights as it slashed down toward his forehead.

What incredible speed! Lei Wanshan was shocked and instinctively raised his sword to block the attack.

The light in front of his eyes flashed explosively as a powerful surge of True Qi gushed out like a flood.

The exquisite sword seemed to contain a thousand-ton force. The body of the sword moved like a flowing river as streaks of silver-coloured light blue lighting trailed behind it.

Lei Wanshan’s arm went numb and his sword dropped from his hand. His internal organs felt as if they had been hit by a giant hammer as he spat out a mouthful of blood before flying backwards from the force of the attack.