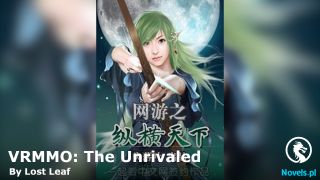 Just like in case of of Vorpal Bunnies, in this game even though some monsters may share the same name or category, their individual characteristics may be completely different.

I parry the huge iron ball with spikes on a chain that comes to crush my head from the side, roll away hiding behind my shield all the time and look up where the blow came from. Amazing! I managed to deflect a blow of this huge iron spike ball and there was not even a single scratch on the shield’s surface! I continued to admire the quality of my new items while simultaneously piercing the Contour Knight’s throat with my Blue Predator sword.

For a second out there I keep on watching the collapsing knight to be absolutely sure that it was dead. Once the knight is no more, I go to join with Emul, who was playing a splendid role of a decoy all this time, grabbing the attention of the other Contour Knight, but this time this one was wielding a spear.

「Magic…… Regrettably, it looks like it will do us no good in here.」

「I have never even heard of monsters tha make themselves stronger simply by absorbing magic power into themselves!」

I am starting to understand why so many people did not wanted to come to this place. It turns out that the Contour Knights could also absorb magic into themselves, rendering magic casting characters completely useless.

Perhaps a physical attack but enhanced with magic could be effective here. However a purely magical attack, like “Magic Edge” for example, would really be of no use here, maybe even acting as a provisional heal for the monster instead of damage source. And nothing sucks more than healing the enemy when you actually wanted to damage it.

「Now then, Emul…… Top or bottom? Which do you think is more suspicious in your eyes?」

「I would say that it’s the bottom!」

「And I completely agree with you.」

In your typical fantasy setting, when exploring a fortress or ruins like that it would usually be the top of the structure that houses a boss, an objective or a secret of some sort. However, those ruins in particular have two settings instead of one, so it needs to be taken into account.

This means that maybe it is necessary for us to view this place not under the assumption that it is a fantasy setting, but rather a Sci-Fi setting. Which would make matters a whole lot different in many ways.

And seeing that there were some really gigantic weapons and remains scattered all over the plains and outside of the ruins themselves, it can be assumed that during the Era of the Gods or even after that humans were forced to fight some sort of enemy that we could not even comprehend. Like that strange “Omega” thing we saw a while ago.

If that was really the case, than it would be logical to think that putting important things on top of the structures where they would be easily accessed would not be the wisest of moves out there.

「Anyways, as I was saying, probably there should be a way down somewhere around here……」

There are the stairs that lead to the upper levels of the ruins, but there are no stairs that would lead down…… Or wait a moment. Could it be? Maybe if we are to go full Sci-Fi here, there would be no stairs, but rather a teleportation device? Could a possibility like that really exist?

「Hmm…… If I were someone living in the Sci-Fi like setting of the Era of the Gods, how would I go about doing things……?」

When you start to think about it, people like Gravekeeper Wezaemon and Setsuna of the Distant Past were pretty much like gods in this setting. That being said, they were using both magic and advanced technology, allowing them to do things that we current era humans could only ever dream of. So in my eyes it is entirely plausible to use teleportation or warp system, since it is basically a combination of technology and magic put into practice.

「I am starting to think that the Age of the Gods was not only about technology. They smell awfully like magic as well.」

If that was the case, than it is really simple. If a civilization with a Middle Ages setting like the current one can use teleportation gates to travel vast distances, then there is no reason why the Era of the Gods civilization would be unable to do so, but even better and on a much grander scale. After all, they were supposed to be way more advanced than the people of the current era.

「Then I guess that there should be a teleportation device in here somewhere, right? But no, of course it would not be placed in plain sight. That would be far too easy. There must be some sort of gimmick to it, just like Lulilas……」

「Mumumu…… No matter how hard I keep on looking, I cannot seem to find the way down!」

Said Emul when he got back. Ever since we managed to defeat the Contour Knights, he has been running around all over the place, on the lookout for a possible way down from here.

But just like he said, even though he was looking for a way out, it seems that he was unable to find one.

「Ahh, I would be careful out there if I were you, Sanraku-san! There is like a big hole on the other side of that wall, so you’d better be careful to not fall in there by accident.」

So there is a way to go down! I knew it! I knew that there was bound to be one!

Ahh, I see. So it was supposed to be an elevator, huh? It would be hard to understand its concept if you have never seen one, and since it was so well integrated into a wall, and because it was damaged quite badly you would be unable to operate it normally.

And the hole was so small that even Emul would have trouble passing through without having to squeeze his way through. No matter how you think about it, it may not have been built with the intention of people using it.

「Maybe it’s just how things were back then? You know, a standard?」

「Maybe at the very bottom of the castle there was an eleva…… A device that was meant for bringing people up and down between each floor.」

Besides, the lights were functioning normally all over this floor. So if the lights were alright, it would be really weird if the elevator was the only thing that was put out of commission for reasons whatever.

Now, the question is: how exactly does it work? Does it only go up from the very bottom? Or is there some sort of a gimmick that is required to activate it? Either way, we will discover that with further exploration, or else……