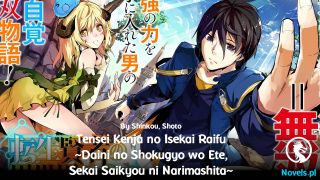 Chapter 443 Secrets of the Void

Out there in the empty darkness of the void… something even darker loomed, hidden from the radiant light of the ocean of flame above.

Sunny peered at the distant black silhouette and shivered.

'…What the hell? What is it doing here?'

Far below him, a small island cut from dark stone floated in the endless emptiness, surrounded by drifting slabs of shattered obsidian. A tall and magnificent pagoda stood in its center, built of a flawlessly black material that was neither wood nor stone. Its lusterless walls seemed to devour any light that touched them…

It was the perfect replica of the Ivory Tower… but at the same time its opposite. The two pagodas were so alike that for a moment, Sunny even thought that he had somehow found himself high up in the Sky Above.

The island that the Obsidian Tower stood upon was different. It was larger than the one every Awakened on the Chained Isles was used to observing in the skies, and had no broken chains hanging from its stone slopes. On its desolate surface, remains of mysterious structures could be seen, turned to ruin by the passage of time. Several obsidian pillars protruded horizontally from its edges, stretching into the empty void like strange wharves.

From high above, Sunny couldn't see much of the island in detail. But he was approaching it fast…

Sunny hesitated for a moment, then suppressed the desire to immediately summon the Dark Wing. The divine flames were still too close, and their heat could damage the fragile Memory. He had to wait for a bit… there was still time.

Even if it was going to run out pretty soon.

Sunny continued to fall, waiting. With every minute, the heat of the immolating stars dissipated a little. And with each minute, the dark island grew closer and closer.

Finally, knowing that there was no more time to waste, Sunny summoned the Dark Wing and commanded it to turn his fall into a glide. The dragonfly cloak turned into a blur behind his back… but it also began to produce thin wisps of smoke, threatening to catch aflame at any moment.

Supported by the enchantment of the Dark Wing, Sunny's descent started to slow down little by little. His speed, however, was too great to be nullified in a single instant. It was dropping swiftly… but was it swift enough to prevent him from splattering all over the surface of the mysterious island?

And was the transparent cloak even going to endure for long enough?

Sunny cursed and trembled as he watched the Obsidian Tower approach.

In the end, he still landed with enough speed to shatter all bones in his legs from the impact against the ground. At the last moment, however, Sunny turned into a shadow and dove into the deep darkness enveloping the island instead. Safely embraced by the shadows, he submerged himself into them, and finally allowed his mind to relax.

…He was finally safe.

For a few seconds, at least.

Sunny was in a world of pain.

His shadow essence was running out, too.

Also, he had no idea what terrifying danger was waiting for him on the mysterious island that remained hidden in the deepest reaches of the Sky Below for thousands of years, nor what deadly secrets waited for him inside the Obsidian Tower.

…But for now, he did not care. All he cared about was that he was not falling anymore.

'Bliss… this is pure bliss!'

Floating in the dark embrace of shadows, Sunny couldn't get enough of the fact that, for the first time in almost a month, he was… stationary. He finally had solid ground under his feet again! Metaphorically speaking, of course.

In any case, it was such a beautiful feeling.

Sunny allowed himself to relax and rested for a bit, safely hidden in the deep dark shadows.

After a while, he sighed and forced himself to turn his attention to the outside world. Moving closer to the surface of the deep darkness that embraced him, Sunny cautiously took a look outside.

Strangely, what met him was complete and utter silence.

There were no Nightmare Creatures on the island, no abyssal horrors, no terrifying beings to devour him whole. Not even a single unholy titan slumbered nearby, ready to wake up at the slightest disturbance.

Which was very fortunate, considering that Sunny was running very low on shadow essence and was going to have to assume his physical form soon.

He hesitated for a few moments, then took stock of his equipment and himself.

His soul was seriously wounded, but not beyond its ability to heal itself… in time.

His body was not exactly whole, but in somewhat of a splendid shape, considering all that had happened. He even had all his limbs intact.

Both the Mantle of the Underworld and the Cruel Sight, as well as the Dark Wing and Saint's bow were heavily damaged. Luckily, none of these Memories were completely destroyed. It was going to take a long time before he could use them again, though. Days… maybe even weeks.

On the bright side, Saint herself had recovered from the wounds received on the Shipwreck Island ages ago. Sunny actually could have summoned her at any point during his journey through the Sky Below, but there was no real reason to. Plus, the treasure chest would not have accommodated both of them, especially considering how much the living statue weighed.

The [Dark Mirror] enchantment of the Cruel Sight now also had two elemental augmentations for Sunny to choose from. Its runes showed:

Well, if there was one benefit from being burned by the damn thing, it was that now he would be able to cause similar pain to others. So, it was totally worth it in the end… no doubt about it…

'I guess we will have to see.'

And lastly… Sunny was now completely sure that the thing on the other end of the golden String of Fate was the Obsidian Tower. His intuition was calm and silent. That told him that he had arrived at his destination.

Somewhere inside, a thing that was deeply connected to his fate waited.

Glancing at the magnificent silhouette of the black pagoda, Sunny sighed… and left the safety of the shadows, emerging from them to step onto the surface of the island that no other human had visited in thousands of years.