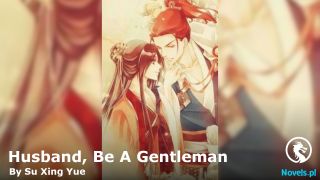 Of all the tribes in the Tower and its history, the One-horned tribe was one of the most noteworthy. Although their numbers were fewer than dwarves, elves, and other races, each member was a powerful player that allowed the tribe to overcome its disadvantage in numbers.

“Argh, let’s just raise it! Why do none of you listen! This is why you shouldn’t speak to boomers!”

“What, punk? Boomer? I’m the one who changed your diapers because you couldn’t use the toilet until you were five, and you dare to say that?”

“Don’t bring up the past! Or else I’m going to tell everyone how you confessed to my Aunt Bruna twenty years ago and cried for days after being rejected!”

Again, the One-horned tribe was a peaceful group. They fought often amongst each other because they were all warlike, but although the village was loud, it was peaceful.

“You punk, get out here! I’ll fix your manners today.”

“Ha. You think I’m scared of you? I’m going to cut off your horn and make it into a flute, so stay warned!”

“Ooh. Looks like those two are finally gonna throw punches!”

“What are you doing, guys! Hurry up and get up! And you, wipe your drool! Let’s go to the training grounds!”

It had been a conference discussing important matters of the village until just moments ago, but it soon turned into a battle of honor between two of the elders who had the most conflicting ideas.

‘…Is this really okay?’ Edora watched the tribe members run out of the conference area kicking up dust clouds, and she sighed.

In truth, there wasn’t actually really much of a reason why they started fighting. When they had village conferences, the agenda items were about how many puppies there were in the newest litter, needing more fertilizer because of a drought, or holding a rain ceremony because there had been light rain days before. They were all common matters that could be seen in the countryside. There was nothing for them to do, so the only source of fun was tossing punches at each other.

Edora firmly believed the One-horned tribe was so advanced in martial arts because they had nothing to do. She felt exasperated on too often an occasion seeing the careless and simple way of life actually worked.

‘Father sets the prime example.’ Edora narrowed her eyes and glared at the Martial King, Nayu, who was sitting in a corner of the conference room.

Zzzzz, phooo. Zzzzz. The Martial King was sleeping blatantly. He impressively managed to keep himself upright in the chair, but the way he snored with his arms crossed… Edora couldn’t help but furrow her eyebrows. Moreover, on his nose, there was a snot bubble that shrank and grew as he breathed.

The Head Elder, who was standing next to him, looked at the Martial King with an irked expression. “Hey, hey, Chief. Chief!”

It was only after someone on his way out of the conference room shook the Martial King that he finally woke up. The Martial King blinked as he looked around in confusion.

“There’s a fight going on. You’re not going?”

“Duh, that’s what I said. Pacho and Desley are going at it.”

“Oho? Oooh. I’m not one to miss such an amusing event.”

‘You can surely afford to miss such things, can’t you?’ Edora barely contained herself from speaking her thoughts. A tribal chief who was more interested in a fight than the matters of the tribe… She couldn’t believe that the Martial King was considered to be leading the One-horned tribe’s new golden age.

The Head Elder, also unable to take it any longer, was about to say something and took a deep breath. “…Hm?”

“Huh?” The Martial King giggled and stood up to go to the training grounds when he suddenly turned in a different direction with a stiff face. The Head Elder became grave, also feeling something odd.

“…?” Edora tilted her head, not understanding.

Phoosh! Pat. The Martial King and the Head Elder suddenly disappeared together.

『The heavens are changing. Something has definitely happened… I can’t see what it is from here.』

Edora widened her eyes, surprised that there was something her mother didn’t know. Her mother was able to reach the laws of causality because she was blessed by Shaojao Jintian, and she could extract any information she wanted from it. She was the closest to omniscience in the lower world… No, even in the heavenly world. But now that her mother didn’t know something, Edora felt chills run down her spine.

There was something else?

『From some time ago, I haven't felt Kahn. It’s as if he’s disappeared.』

And that was enough.

‘Just what…’ Edora dashed to where the Martial King and the Head Elder were. Her mind was filled with anxious thoughts. ‘Just what did you do this time to make me so anxious again, oraboni?’

“Ooh. Oooooh! They’re coming!” Phante, to be exact, the Phante who came from the “future” became excited as he felt a powerful energy speed toward him. It was almost comical the way he cheered with a black eye, but Phante was more joyful and serious than ever. This would be a reunion with his father he never thought he’d see again! It was the moment he had been waiting for so long.

After the Tower was toppled, Phante naturally became the king of the One-horned tribe amid all the confusion. He had gone through many hurdles in the process of establishing a new village. Ultimately, everything was settled well, and the One-horned quickly returned to their glory days, but the shadow of the Martial King always followed Phante around. Due to this, he developed both love and hate for the Martial King.

Phante truly loved and respected his father, but the Martial King was also an irresponsible king who left after putting such a large burden on his shoulders. Even though it was said Phante led the One-horned tribe into a new age, he wasn’t able to surpass the Martial King. And so, Phante wanted to prove that he was greater than his father. The path he walked on until now was different and better than his father’s!

Crackle, crackle! Krrrr…! The blood-red lightning that began to appear from Phante’s feet immediately covered his entire body. It was Blood Lightning, a skill the Head Elder had created. After Phante developed it, it became a more advanced version of the One-horned tribe’s greatest martial art. Phante wanted to review powers one more time before facing the Martial King.

“…Hmm?” The Martial King made a strange expression after arriving where Yeon-woo and Phante were.

The Head Elder had a similar reaction. “That’s…!”

“It doesn’t just seem like it… It is Blood Lightning. But…! It’s more advanced. Myriad Lightning… I’ve envisioned it in my head, but I never imagined I’d actually see it.”

Myriad Lightning was the greatest secret weapon of Blood Lightning. It was a power that covered the entire world with blood-red lightning. The moment the ability meant to destroy was activated, a great disaster would befall the world. Right now, the lightning surrounding Phante wasn’t Myriad Lightning. However, the trigger to activate it was prepared.

The Head Elder was surprised the final skill he had always pictured in his mind was materialized in front of him. At the same time, he questioned whether the person in front of him was really a human. There was definitely no such powerful person in their tribe… He wondered if this person had developed this ability outside of the village, but he didn’t see how that was possible. Such a powerful player would’ve already become famous in the Tower.

However, if the young Phante grew up, he would probably look like that. Then…it seemed the person had some blood relation to the Martial King. The Head Elder also didn’t understand how someone he didn’t know had so perfectly mastered Blood Lightning. “Someone like that should be known in one way or the other, but I have no idea who he is. Is he my senior who retired in the past? But…”

“Old man. Have you lost your sight with your age?”

“Can’t you tell just by looking? That’s…” A corner of the Martial King’s mouth lifted.

Krrrrr. At the same time, the ground quaked violently. The laws of gravity were canceled as the Martial King raised his power. Rocks on the ground began to float.

“Phante…? What are you talking about? They might look similar, but that man is…!”

“Strong, yes. But that’s Phante. The brat at our village will probably be like that when he’s grown up.”

“…Does that mean the wheel’s been turned?”

“Huh!” The Head Elder laughed in disbelief. The wheel was a concept he had only heard about. Only heavenly beings who were supreme gods or creators could attempt to touch it, but the future Phante had used it to come here… Wondering what he was supposed to make of this, the Head Elder was at a loss for words.

However, as if he already realized what had happened, the Martial King looked past the crackling Phante at the being standing quietly behind him and smirked. Yeon-woo, his disciple, was there. However, he was entirely different from the Yeon-woo he knew.

Even the Martial King couldn’t approximate how powerful his disciple was. The Psychic Medium said Yeon-woo suddenly disappeared, but she was wrong. He hadn’t disappeared; he’d just grown too large to be perceived… Just as people didn’t perceive the air around them because it was such a natural occurrence, Yeon-woo wasn’t able to be perceived.

‘No. To be exact, he’s something more fundamental than air. He’s…the world itself.’ The Martial King couldn’t help but laugh since his disciple had returned so differently in the span of a day. “I have no way of knowing what the two of you went through.”

Swish. The aura around the Martial King began to whirl. The blood-red lightning that sizzled like it was going to burn him has pushed away.

The Head Elder moved back far away, clicking his tongue and thinking of how messy this place would become. Phante itched for a fight again when he realized his father was more powerful than he realized.

“You must’ve gone through a lot.” Even so, the Martial King’s words sent ripples through Phante and Yeon-woo’s hearts. Although the Martial King always had to have his way and made them frustrated, they had missed his warm words. The Martial King added, “And thank you. For not forgetting about me and coming to see me.”

Neither Yeon-woo nor Phante could say anything. The Martial King’s smile widened, saying, “So I’ll fight you with everything I have, son. Disciple. This is what you wanted, isn’t it? As a welcoming greeting, I’ll have you rolling around on the ground.”

With that, the Martial King dashed forward. Phante also pulled the trigger for his Myriad Lighting. Rumble! Krrr, kra, kra, kra. Instantly, their surroundings were destroyed. Just then…

“Oraboni!” Yeon-woo whipped his head in the direction of the voice, one that he missed as much as the Martial King’s. The face he so desperately wanted to see was there. It was Edora.