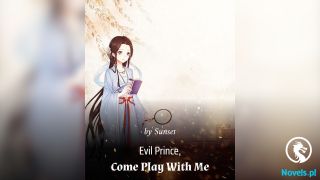 There was something Carlson didn’t know.

Which was that, while he was on his way to Harvard University, the news had already spread across the world.

Harvard, one of the world’s top universities, was no exception.

The discussions began on the MathOverflow forum, which spread to major college circles and Facebook math communities.

Most people were about to fall asleep, but they were woken up by a notification or a phone call. They instantly went on their computers.

The holy grail that has stood for thousands of years!

This paper is going to be recorded in history!

On the other hand, across the Pacific Ocean, in Jinling.

Lu Zhou, the “initiator” behind all this, was leaning in his chair with his eyes closed. He was oblivious to the sensation caused by his paper to the entire academic community.

However, even if he knew about the impact of his paper, he wouldn’t care.

After all, this wasn’t his first time doing something like this…

[Evaluation: You have made the first step toward the future. The two dissimilar fields of algebra and geometry have never been closer together. As you can see, the language of the universe is perfect. Like a beautiful equation, it is all-encompassing.]

An updated characteristic panel was presented in front of Lu Zhou.

The level 10 was like a medal, a stamp of his glory, engraved eternally in his characteristic panel.

The next step was physics…

Lu Zhou controlled the excitement in his heart and took a deep breath. He looked at his general points.

If he couldn’t find a worthy project to spend these points on, it would feel like he had failed in his duty as a citizen.

However, now was not the time to worry about trivial matters like this.

There were still five lucky draws waiting for him, as well as the secrets behind Void Memory b.

Without hesitating, Lu Zhou reached out and selected the prize draw button.

The virtual wheel began to spin.

Maybe the five tickets got his hopes up, or because he had lost all hope in the system, Lu Zhou didn’t pray or do any kind of ritual before the lucky draw.

Lu Zhou could hear his own heart beating.

Fortunately, the system didn’t disappoint him this time.

He got a “rubbish”, but the four other lucky draws were “sample”, two of which were even “special”.

When Lu Zhou looked at the awards on the information screen, he couldn’t help but feel satisfied.

The Energy Medicine, the random experience points card… They were all useful items.

Whenever he had to pull an all-nighter, the Energy Medicine was a godsend for him.

Not to mention the smart glasses.

He didn’t care about the shampoo at all.

Even though there was still a long way to level up, every bit counted.

Lu Zhou then immediately looked at his golden mission card.

Even though it wasn’t a legendary mission card, reward missions of this kind often gave generous rewards.

However, this meant he would have to make a choice.

One was to use this mission card immediately.

The other was to continue the last part of the “Control Of Earth and Moon” mission chain, which he had ignored for more than a year.

He could get any mission from the golden mission card, while the mission chain was obviously fixed, in which he had to build a mass driver on the moon with a 50-ton ground to lunar transfer orbit capacity.

Lu Zhou looked at the golden mission card and contemplated it for a while.

This determined his work in the near future.

Should I toss a coin?

Or should I focus on aerospace engineering?

Lu Zhou thought about it for a while and made a decision. He reached out and selected the mission card.

I’ll use this first.

After all, a 50-ton ground to lunar transfer orbit mass driver couldn’t be built in a day or two. The Lunar Orbit Committee did not prioritize the mass driver over the Lunar Hadron Collider.

Not to mention that he wouldn’t be of much help for the mass driver project.

Instead of waiting time letting other people complete the project for him, he would rather do something himself…

The pale golden particles exploded again, and a mission soon appeared on his mission panel.

[Description: The completion of the Lunar Hadron Collider will go down in history as a highlight of human civilization. It is akin to a huge telescope, but rather than observing the stars, it is discovering the mystery behind the stars…]

Lu Zhou looked at the requirements and paused for a second. A smile appeared on his face.