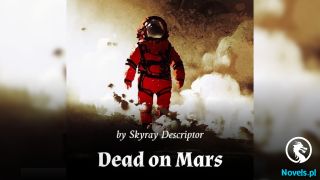 Yang Qi had dug his way through multiple universes in the location where the Wretch God perished, and had already found a severed finger. However, he was convinced that the Wretch God wasn’t actually dead. He had already run into multiple beings from ancient times who had come back to life, so why would he expect anything less from the Wretch God?

In fact, he was convinced that the severed finger had been left there as bait.

However, Yang Qi loved to beat his enemies at their own game. He was going to capture Wretch-God Ultimate and put him to good use.

Most likely, the reason he hadn’t shown his face so far was that he hadn’t fully recovered, so he was still hiding in the depths of the multiverse. And that meant this was a perfect opportunity for Yang Qi.

Wretch-God Ultimate’s wretched brain was exactly what he needed to reach the half-Annulled level.

Yang Qi had entered the depths of a pitch-black universe, where towering mountains were filled with dark energies. Countless wretch-god devils lived there, although they were all very low-level. Only a few here and there were Paramount Gods.

However, Yang Qi could see that in the depths of the mountains, there existed the bone of a dragon. It appeared to be a backbone, which was of course the most important part of the skeleton. And it was the backbone of the Wretch God.

Without hesitation, Yang Qi exhaled, sending out a stream of fire that shook the surrounding universes, incinerating the nearby wretch-devil Paramount Gods and destroying their kingdoms.

Soon, the wretch energy had been cleansed away, leaving only the backbone, which Yang Qi reached out and grabbed. Not hesitating at all, he sucked it into his body and assimilated it.

As the new information flowed through his mind, he waved his finger, causing a stream of golden light to appear, which started to assume the shape of an imp.

However, after a moment, the golden imp faded away.

Thanks to the influx of power from the Wretched Brain God Art, Yang Qi was on his way to creating his own version of the God Legion Seal. Not even the King of Godmammoths could have ever imagined doing something like that.

As his thinking transformed, back in the Sage Monarch Empire, his sage monarch magistrates started changing. Specifically, it was their faces, which all resembled that of the old crown prince, Eternal Millennium. On their foreheads, a golden mark appeared briefly, then vanished.

Then, the light flashed again, revealing something that resembled the God Legion Seal, which subsequently vanished.

That said, even this small transformation caused the sage monarch magistrates to grow much stronger.

Jadefall and the others were laughing in delight. “The sage monarch magistrates are getting stronger! This is unimaginable! It seems Yang Qi must’ve made some impressive gains!”

“That's right,” the Second Devil General said. “The sage monarch magistrates’ psyches are different now. They’re revealing spectacular potential, and it looks like they can connect to primal-chaos paleo-energy. If they can absorb that energy, as well as the essence of the god world, they’ll be extremely impressive!”

By this point, Yang Qi had released the general from the control of the God Legion Seal.

Of course, the general’s inherent nature had changed dramatically, and he was now like a mahātmā. He cared about the empire and its people, and no longer had an air of violent brutality. He had changed completely.

In fact, it would make more sense to call him the Second Mahātmā.

It was the same with the Third Devil General.

Both of them had psychic scales bordering on a hundred billion, thanks to their devotion to the empire. Yet even they could only sigh in amazement at what was happening to the sage monarch magistrates.

They weren’t the only ones with psychic scales of about a hundred billion. Yang Susu, Jadefall, the Shepherd, Yang Doom, Yang Immortal-Slayer, and others of Yang Qi's brethren were included. So were Yang Primal-Chaos and Dugu Sheji.

They were the true inner circle of the Sage Monarch Empire.

Of course, they didn’t try to snatch the destiny of the empire. Instead, they served it, improving its destiny.

Normally speaking, the sage monarch magistrates used the destiny of the empire to proliferate. But right now, they were transforming into a state in which they didn’t need to do that anymore.

“This is amazing! What an important transformation. The sage monarch magistrates’ cultivation bases are growing constantly. And the Everlasting Aegis can now make even more preheaven treasures. Now we can give even more resources to the Invincible Dynasty!”

The destiny of the empire surged, causing the Everlasting Aegis to rise upward. It almost seemed like it might leave the god world and float out into the primal-chaos beyond. Unfortunately, it still had its foundation rooted in the essence of the god world.

Meanwhile, the shrunken Invincible Dynasty was finally starting to expand again, while simultaneously keeping its borders secure. It had recovered, and was in a position to go on the offensive again.

Given some more time, its destiny would become pure enough that Yang Qi could prepare to combine it with the Sage Monarch Empire.

Having assimilated Wretch-God Ultimate’s spine, boosting his sage monarch magistrates, Yang Qi sensed his empire’s destiny rising. A smile appeared on his face as he continued his search deeper into the multiverse. Before long, he found more of the Wretch God’s skeleton, including an arm bone, thigh bone, and sternum.

He devoured all of them, furthering his understanding of the Wretched Brain God Art.

Eventually, he had found and consumed virtually all of the skeleton, with the exception of the skull.

Despite having searched through multiple universes, Yang Qi still hadn’t been able to locate it. He frowned. ‘Where exactly is it? Where is Wretch-God Ultimate hiding? Is this a game of hide-and-seek?’

He exhaled a stream of energy, and a shadowy projection of the Wretch God appeared behind him, except without a head. And it seemed to be chanting. “Head… my head… where is my head… bring my head to me… bring my head…”

The words echoed out, flowing through countless universes.

Yang Qi flexed his Tribulation Wings and sped through more of the multiverse as he carried out his search in a way that not even the High Priestess or Proud Heaven would have been able to do.

Eventually, he caught sight of a black vortex that seemed to be reacting to the chanted words.

‘This is where the Wretch God’s head is.’ Yang Qi stopped outside the vortex as he considered what to do. As he did, the projection of the Wretch God suddenly seemed to be grabbed by the power of the vortex, dragging Yang Qi along with it.

Booming laughter rang out as a mighty power erupted from the vortex. “After all these years, it finally worked! I finally caught someone. You collected my bones and came here, and now I'm going to end you! I’ll take your flesh and blood for my new body, and at long last, Wretch-God Ultimate will return to the world!”

The light illuminated the vortex, revealing a huge head in its depths, like a divine mountain rising up in the depths of the darkness. It was transparent, making it possible to see the brain inside, glittering with daoist techniques, information, and even the workings of heaven. As for the face, it was that of a beautiful man, except with an evil tinge to his expression, and eyes that could capture souls.

Wretch-God Ultimate was an extremely good-looking man, yet he was obviously full of evil. In fact, he seemed like the kind of person who would want to devour the brains of others.

It was Wretch-God Ultimate’s head! And his crafty plot had been revealed. However, Yang Qi had assumed this would happen, and was confident he would come out on top.

“Who are you?” the head said in response to the blinding light.

“You’re finally showing your face like all the other old-timers, Wretch-God Ultimate,” Yang Qi replied coolly. “You just can't bear the loneliness. Well, if you want to dominate the world, I can help.”