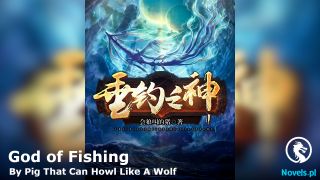 Yang Qi couldn’t help but sigh with emotion as he revisited old haunts.

Back when he first arrived in the god world after leaving the impure lands, his first stop had been the Lightningbolt Continent, although it was only a few months before he found himself in the House of God Ordainment. All of his old stomping grounds were in this general area. One by one, he had taken over the House of God Ordainment, the Eternal-Life God-Dynasty, and even the Deva Dynasty. He had journeyed to the Bastille of the One God, subjugated the Second Devil General, entered the Myriad Dragons Lair, and conquered the Dragonfolk.

This area was where he had spent the most time in the god world.

But now it was an abandoned wasteland.

All that remained was devil energy, drifting about aimlessly.

Yang Qi had the feeling that the location where the Wretch God was said to have fallen actually contained numerous profound mysteries. No one had ever uncovered the truth of the matter, although the fact that the High Priestess had set up the Nacrelight Sageland in the vicinity was very telling.

Looking around quietly, Yang Qi thought, ‘So this is where the Wretch God supposedly perished. I'm curious to see what’s under the ground here. What profound mysteries are here to be found? Whatever is here remained hidden from both myself and the High Priestess. And that's something, considering my deep enlightenment of the dao of wretch-gods. After all, I transformed the Wretched Brain God Art, fusing it with the Cruiser of Civilization to make a new type of brain. Regardless, I'm going to keep digging until I unearth Wretch-God Ultimate, then assimilate him and use him to reach the half-Annulled level.’

In the depths of the lands around him, a black fluid flowed that resembled oil, but was in fact an energy of wretched evil.

The lands of the god world were so thick they were impossible to see fully. After all, if one went digging in the multiverse of the god world, they would inevitably pop out into another universe.

Yang Qi pierced into the lands below, boring downward for hundreds of kilometers, surrounded by the oil-like wretch energy. It almost seemed like the blood of the Wretch God. And it was so deadly that it would be fatal even to people who cultivated the dao of devils.

Of course, Yang Qi wasn’t affected by it. He continued downward, piercing through multiple universes as he went. As he dug deeper, the wretch energy grew more intense. However, the energy around him simply faded away. He was now as powerful as any half-Annulled expert, and the fact that he had the Halls of Heaven inside him meant he could cleanse any type of wretched evil.

Soon, the surrounding wretch energy had been cleansed away, revealing an enormous bone. It was so large that it passed through multiple universes, and it was clearly in bad shape.

It was a finger bone.

And it was broken.

‘Is this one of the Wretch God’s fingers?’

Using the Hand of the One God, Yang Qi reached out to grab the enormous finger bone, and as soon as he did, black smoke roiled off of it.

The fluctuations were so powerful they could destroy entire universes.

Yang Qi snorted coldly. “Even if Wretch-God Ultimate were to be resurrected, he still couldn’t deal with me. And you think you're going to fight me? A measly finger bone?” He made a grasping gesture, and a projection of the Sovereign Lord appeared behind him, which caused the finger to shrink down to normal size, then plop onto Yang Qi's open palm.

There was no flesh on it whatsoever, however, it was possible to see what remained of the Wretch God’s genetic material inside.

Unfortunately, a finger wasn't really going to do Yang Qi any good. He needed the full corpse.

The Wretch God’s brain had contained countless psychic information and daoist techniques, all of them related to wretch energy. With Yang Qi’s skills and abilities, he could take all of that, convert it to something righteous and good, then use it to ascend to the half-Annulled level.

‘With the information in this finger, I should be able to track down the rest of the Wretch God much easier.’ After contemplating the finger, Yang Qi extracted the relevant genetic material, and instantly gained a better understanding of Wretch-God Ultimate’s techniques.

Slapping his hand down on the finger, he sent sagelight streaming around it as he began to assimilate it.

A moment later, he devoured the finger, then continued piercing through the multiverse. Even the most powerful and ancient entities would get lost in this maze, but Yang Qi wasn’t worried. Having devoured the finger, he could now sense Wretch-God Ultimate’s aura, and would be able to follow it to its source.

If could get the corpse, and completely master the Wretched Brain God Art, he could refine his own brain to the ultimate level. Not only would he be able to personally govern his empire better, but he might be able to push his sage monarch magistrates to the level of God-Lords.

Of course, it was only a possibility.

It seemed hard to imagine what a billion God-Lords would be like. Just how much power would that represent? Even if he drained the destiny of the Sage Monarch Empire, and added in that of the Demonfolk Empire and the Deathless Heaven Empire, it still wouldn’t be enough.

Even if all the God-Lords who had ever existed in the god world were gathered together, they still wouldn’t number a billion.

In the Invincible Dynasty, there had only ever been about two thousand, with the Chiliocosm Dynasty having a similar number, and the Central Dynasty topping out at about three thousand.

Even combined, the three dynasties had never contained more than ten thousand God-Lords.

As for the Sage Monarch Empire, it currently had around two thousand, which meant that it couldn't even match up to the combined level of the three dynasties.

Given all the old-timers flocking to the Deathless Heaven Empire, they probably had a bit over ten thousand. And the number of random God-Lords hiding out in other parts of the god world probably didn’t exceed that by much. If Yang Qi were to guess, he wouldn’t pin the number of unaligned God-Lords as anything over four thousand.

In other words, if he turned his sage monarch magistrates into God-Lords, then nothing could stand in his path. The High Priestess, Proud Heaven, King of Godmammoths, Demon Master, and Sovereign Lord would all be easy to destroy. But for now, that wasn’t possible.

Even if he achieved the breakthrough he sought, and could perhaps turn some sage monarch magistrates into God-Lords, he wouldn’t have enough power to enable them all to reach that level of strength.

It would be like someone learning how to kill dragons, but living in a world with no dragons. What good would that do?

That said, Yang Qi had a master plan to deal with the essence of the god world, and the sage monarch magistrates played an important role.

In the end, he had to transform them and make them stronger.

At the same time, he would reach the half-Annulled level.

‘Proud Heaven. King of Godmammoths. High Priestess. Demon Master. You’re all underestimating me and my plans. I've long since reached a major understanding. The Sovereign Lord created the God Legion Seal to fight the essence of the god world. Once I get Wretch-God Ultimate’s complete corpse, I’ll become so powerful that I can make minor versions of the God Legion Seal to give to my sage monarch magistrates. Then they’ll be able to directly absorb the essence of the god world, and become God-Lords!’

This was Yang Qi’s plan. It was vicious, and it would enable him to strike a powerful blow against his enemies.

He would create multiple God Legion Seals. If the Sovereign Lord could make that seal, then so could Yang Qi.

It would be complicated. Trillions of times more complicated than what he had done with the Cruiser of Civilization. And it would require immense amounts of power. But the God Legion Seal was the key to sucking away the essence of the god world.

‘Wretch-God Ultimate, I know that you intentionally left your remains here as a trap. But unfortunately for you, that works perfectly for my plan.’ Chuckling coldly in his heart, Yang Qi continued his search.

1. The Lightningbolt Continent was first mentioned in.