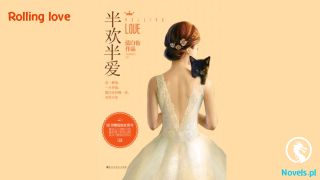 If not for Zhai Sheng standing in the way, she could have finished off someone like Qiao Nan with her words.

If Qiao Nan thought that she could put on airs in front of her, she was horribly wrong.

“Natural disasters can’t be avoided, but man-made ones can.” Zhai Sheng’s voice was low. “You’ve been living in Ping Cheng. Haven’t you heard anything? Everything of the Qiu family has already been reclaimed by the state. Perhaps, you missed it because you made a trip down here today.”

A starving camel is still bigger than a horse, but comparing her family’s power with the Zhai family’s was truly laughable.

He knew that Qiu Qin was dishonest, but he had never expected Qiu Qin to be dishonest to such an extent. If they really wanted to find out about everything that Qiu Qin had done, merely taking away his privileges as an old cadre was already letting him off easily. As long as they had evidence of the money that Qiu Qin had been bribed with and embezzled, it did not mean that Qiu Qin could escape punishment just because he had spent that sum of money.

In short, the government had confiscated everything that Qiu Qin owned, including that large house Qi Minlan had been living in.

People? Qi Minlan would never find anyone willing to ‘help’ her. Rats leave a sinking ship, after all. Everyone would try their best to avoid the Qiu family as much as possible for fear that they might be misunderstood for having been involved in the Qiu family’s shady dealings due to their close relationship. Helping the Qiu family? They were already kind enough by not treating the Qiu family as jinxes.

The Qiu family had lost its power and its assets had been confiscated. That meant that Qi Minlan had neither power nor money. Was it not ridiculous how a seventy-year-old old lady was talking about torturing a forty-year-old junior to death?

Qi Minlan shuddered. “What do you mean?”

“What do I mean? If you don’t understand what I’m saying, I wouldn’t mind you making a call to check on the Qiu family’s situation. Qiu Chenxi should still be in Ping Cheng, so she should be able to tell you about the situation.” When Nan Nan made a call to him, saying that the Qiu family had turned up at her door, he was confused about why the Qiu family was not concerned about their own situation and could even be bothered to look for Nan Nan at such a time.

That could only mean that the Qiu family got into trouble very shortly after Qi Minlan left.

Qi Minlan might be old, but that did not mean that she was so confused that she did not understand what Zhai Sheng meant. She had always known that Qiu Qin was useless and had not even been able to keep his pension as an old cadre. That was why he had let out all of his anger on her and Chenxi and had left to live with that vixen and his illegitimate child.

Qi Minlan was clearly in an agitated state, her hand trembling while holding her phone. It seemed as though that phone might just drop to the ground at any moment. Any impatient person who witnessed the scene would have grabbed the phone over from Qi Minlan to make the phone call on her behalf.

Qi Minlan had not finished her sentence before she heard a cacophony of noises from the other end of the phone. She could even make out the sound of someone crying. These cries were not unfamiliar. In fact, Qi Minlan was very familiar with the sound of this cry. What was different was that every time she heard this sound, that voice was always very happy, especially when that person was in front of her, since that person was younger than her and was able to capture Qiu Qin’s heart better than her. This woman was none other than Qiu Qin’s mistress who had even given birth to his son.

“Mom.” Qiu Chenxi’s voice sounded a little numb as though she had lost the ability to think or feel. “Mom, where are you? Come back. I’ve thought it through. I won’t get married. Mom, let’s go to the orphanage and adopt a child. In the future, the three of us will live together. We won’t need anyone else.”

Just within a few hours, Qiu Chenxi had completely given up on Zhai Sheng. What made Qiu Chenxi lose all hope was her own biological father, and not Zhai Sheng himself. That was the most ridiculous part.

She glanced at the sobbing woman who looked not much older than herself, then at the tall and muscular young man who should have only been a few years older than her child. Then, Qiu Chenxi continued. “Mom, come back. In the future, I’ll support you. Let’s lead good lives with just the three of us.”

She did not care about how others would live their lives.

“Chenxi?” Qi Minlan was all too clear about how desperately her daughter wanted to get back together with Zhai Sheng. It was exactly because of this that Qi Minlan could not understand why her daughter had suddenly changed her mind. Shouldn’t Qiu Chenxi’s desire to get back into the Zhai family increase as the Qiu family’s situation worsened? Why was it the exact opposite? Had the Zhai family done something to Chenxi?

Qiu Chenxi laughed self-deprecatingly as though she knew that Qi Minlan had some ideas running through her mind. “My dad found out that his daughter is still rather useful at critical moments like this. As long as I get remarried to Zhai Sheng, his son will be Zhai Sheng’s brother-in-law. No matter how much the Qiu family loses today, they’ll be able to recover even more tomorrow. Mom, don’t you think that’s just ridiculous? Mom, after you return, get a divorce from my dad, and don’t let him take advantage of you. He has a mistress and has even committed the crime of bigamy.”

Qiu Chenxi had always been an extremely selfish person. The only reason she had wanted to reconcile with Zhai Sheng was for the sake of her own pride and a comfortable future. It was never for the sake of a certain someone in the Qiu family.

Upon finding out that Qiu Qin had another family and another son outside, Qiu Chenxi had already lost all feelings for her father, Qiu Qin. Initially, it had already been difficult to get back together with Zhai Sheng. But today, as the Qiu family was losing everything, Qiu Qin had brought his mistress and their illegitimate son to the Qiu family’s house, asking her to take good care of her brother! For the first time, Qiu Chenxi realized how Qiao Nan must have felt when she had gone to find her.

It was truly ridiculous!

How could she have wanted to reconcile with Zhai Sheng to benefit others, especially that bast*rd that she hated the most? That would even benefit that mistress!