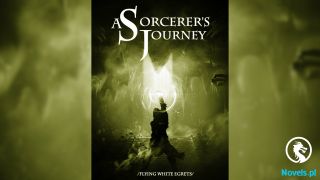 Ice Crystal Immortal Monarch floated in the sky, his aura surged continuously as his clothes fluttered with the wind.

Around him, countless traces of frost energy gathered, whipping up a storm.

Such power surpassed ordinary rank eight killer moves, once Ice Crystal Immortal Monarch succeeded in activating it, the power would definitely shake heaven and earth. Fang Zheng sensed this, he wanted to use Demon Judgment Board to obstruct it.

The Gu Immortals of the two heavens were not that useless after all, they quickly went ahead to block Demon Judgment Board.

At once, all sorts of killer moves were unleashed, it was like a display of fireworks.

Demon Judgment Board was obstructed by the bombarding killer moves, but at the crucial moment, a flash of blood red light shot out, about to land on Ice Crystal Immortal Monarch.

Ice Crystal Immortal Monarch was still activating his killer move, he did not move.

At the crucial moment, An Xun opened his immortal aperture’s entrance and let out an immemorial soul beast.

With a loud sound, an explosion occurred.

The immemorial soul beast growled in pain, half of its body was destroyed, it fell towards the ground.

Ice Crystal Immortal Monarch immediately looked towards An Xun with gratitude. The aura on his body was calming down, he had evidently passed the most dangerous moment, his killer move preparation was already done.

“Immemorial soul beasts have no blood, Demon Judgment Board’s blood path killer move had little effect.” An Xun was very excited as he said: “Master, if not for your reminder, I would not have been able to block this blood red light, Ice Crystal Immortal Monarch would have been in trouble.”

“No.” Spectral Soul analyzed: “The killer move that Ice Crystal Immortal Monarch is using contains deep profundity, during the activation process, he gains an increased level of defense, even if he was hit, he would only be injured, the killer move activation would not fail.”

At the next moment, his entire body exploded and spread out into countless frost lights.

The frost lights shot out with extreme coldness! Everywhere they went, air would freeze into ice crystals before falling to the ground.

Fang Zheng felt something amiss, he wanted to activate Demon Judgment Board but how could his speed match the frost lights?

Almost at the same moment, Demon Judgment Board got hit by countless extreme ice crystal lights.

Countless crystal lights shot towards it from all directions, Demon Judgment Board had nowhere to dodge, instantly, layers of ice started to form all over it.

Fang Zheng’s heart sank, he activated Demon Judgment Board and used a killer move to melt the ice layers.

But his speed could not match the rate at which the freezing was occurring, very soon, ice that was five feet thick formed all over Demon Judgment Board.

“Oh no, the thicker this ice layer is, the greater the effect of the frost lights that land!” Discovering this, Fang Zheng turned pale with shock.

This move was unavoidable from the start, it was quite powerful, but its true strength came much later. The longer it dragged on, the stronger this move would be!

Next, the frost lights seemed to react, they quickly went towards the area that Fang Zheng was trying to break out from and made Demon Judgment Board’s ability much weaker.

The Gu Immortals were all stunned.

“This is incredible, what is the name of the move?”

At once, all of the immortals muttered the name of this killer move, engraving it to their heart.

“This is the unique killer move of the snowmen from ancient times, hehe, to think that they have actually obtained a racial inheritance already.” Spectral Soul who was inside An Xun laughed lightly.

An Xun understood after hearing this: “So this is a move from the snowman racial inheritance, no wonder it is so strong! Wait, no, can ancient killer moves still be used in the current era? The world now is very different from the past, wouldn’t such antique moves be outdated already?”

“Hehehe.” Spectral Soul chuckled: “Back then when variant humans ruled the world, they had countless killer moves, those moves that were specially chosen to be kept in their racial inheritances are naturally more outstanding in many ways. Taking this extreme ice crystal light immortal suppression coffin for example, its core is not an Immortal Gu but the variant human using it.”

Spectral Soul’s depth of knowledge was not ordinary, he had once searched countless souls in the Door of Life and Death. Many of these souls came from the Olden Antiquity or Remote Antiquity Era, some were even from the Immemorial Antiquity Era.

Thus, Spectral Soul had a lot of information about these eras.

Even though his attainment levels had all fallen to rock bottom, his memories were still intact.

As the core killer move of the snowman Gu Immortals, extreme ice crystal light immortal suppression coffin was not very affected by the progression of eras. At the same time, any other races’ Gu Immortals could not use this move even if they had it.

Even if Fang Zheng wanted to fight Ice Crystal Immortal Monarch, he had no way to do so.

Seeing as Demon Judgment Board was about to be completely sealed in ice, at this time, a phoenix cry could be heard.

Bai Cang Shui was originally cleaning up the battlefield, she could leave immediately. As for Prince Feng Xian, he gave up some gains there and rapidly came to reinforce Fang Zheng.

The two rank eight Gu Immortals saw Demon Judgment Board which was trapped, they shouted as one unleashed torrents of golden flames, while the other sent out huge waves.

The ice was attacked from the inside and outside, it could not last any longer as the external layer of ice quickly cracked, Demon Judgment Board which was inside got ready to retaliate.

The two heavens’ Gu Immortals saw this and wanted to attack but Prince Feng Xian and Bai Cang Shui suppressed them instead.

Even though they had many more rank eights than Heavenly Court, it did not matter.

In Gu Immortal battles, numbers were not the most crucial. Even though the two heavens had many people, they could not cooperate, their killer moves often interfered with each other. About half of their strength was limited because of this, even before they hit any enemies.

But if they were to fight alone, they would be fearful and cowardly, they would focus on preserving their own lives, unwilling to take any risk or get into danger.

Of course, the other reason was that Prince Feng Xian and Bai Cang Shui were elite rank eights with excellent battle strength. They were able to become Heavenly Court members, they naturally surpassed other rank eights.

The situation was in a deadlock, Spectral Soul acutely sensed that the ice layer was weakening, he instructed An Xun: “Quickly let out the soul beast army, lend your Immortal Gu to me now.”

“Yes master!” An Xun did not hesitate, he quickly followed the instructions.

The soul beast army came out and attacked.

Prince Feng Xian and Bai Cang Shui did not care about them at first, they used two killer moves in succession, but the soul beast army split up and moved fluidly like water, dodging most of the killer moves’ effects.

Even though Bai Cang Shui and Prince Feng Xian had the upper hand, the soul beast army successfully restrained them. They could not help Demon Judgment Board like before, Ice Crystal Immortal Monarch’s frost lights began to regain their footing.

“This soul path rank seven immortal is quite talented!”

Prince Feng Xian and Bai Cang Shui communicated, the former moved as he spit fire, creating a path within the soul beast army as he charged towards An Xun.

An Xun ‘turned pale with fright’, shouting: “He is coming, protect me!”

The two heavens’ Gu Immortals knew that enslavement Gu Immortals were most vulnerable to direct attack, they quickly responded.

Prince Feng Xian charged without stopping, he broke through all of the obstacles, but because of these obstruction, An Xun managed to pull some distance between them.

Spectral Soul would not personally take action in this public environment, he controlled An Xun’s body to retreat while using the other Gu Immortals to obstruct Prince Feng Xian.

Prince Feng Xian’s advancement was ferocious, the two heavens’ immortals were all shocked by his aggressiveness.

Prince Feng Xian gritted his teeth, he did not expect An Xun to be so hard to catch.

At this time, the frost light successfully trapped Demon Judgment Board again, the thick ice coffin sealed the rank eight Immortal Gu House at its center.

Seeing that Heavenly Court’s side was in danger, at this time, heaven and earth shook, qi currents surged as the world roared.

Ice Crystal grotto-heaven had already been broken through when Prince Feng Xian and Bai Cang Shui attacked, it was connected to the outside world.

At this moment, qi tides surged in the outside world, instilling into the grotto-heaven harshly.

The qi tides implicated the battlefield, wherever it reached, people fell to the ground.

The frost light around Demon Judgment Board flickered as it hesitated for a moment. But immediately, the ice crystal lights shot towards the snowman Gu Immortals as they turned into countless ice tubes that protected them.

The two immortals went into the Immortal Gu House, Demon Judgment Board left the battlefield rapidly while resisting the turbulent qi tides.