Chapter 333 Bats in the Ancient Grave

One of them said in a trembling voice, “Are-are you human beings or ghosts?”

“Ghosts,” Gu Ning joked because she thought that it was funny. However, the man relaxed instead. “You can speak, so you’re human beings, but get out of here right now. There is a group of bats flying towards here!”

They weren’t curious about why Gu Ning and Leng Shaoting were here, because there were many grave diggers. It wasn’t uncommon that others found this ancient

A group of bats? Hearing that, Gu Ning immediately used her Jade Eyes and saw a large group of black bats flying towards this tomb tunnel from an anteroom.

Gu Ning and Leng Shaoting then walked into the anteroom without delay, and a man closed the door tightly. They were all relieved afterwards. Seconds later, they all heard the continuous noise made by the large group of

“What should we do now? The bats are afraid of light and fire, but there are too many bats and our flashlight are barely enough. I don’t think that there is anything we can burn here,” a man said.

Gu Ning and Leng Shaoting stayed calm, examining their faces. If they were kind people, Gu Ning wouldn’t mind bringing them out, but if they dared to scheme against them for this night-luminescent pearl, Gu Ning wouldn’t help them at all.

Three of the four men were astonished, but didn’t show any greedy expressions. However, the last one seemed to have his

own plan. Of course, just because the three

men didn’t show their greed didn’t mean that they had no intention to steal it from Gu Ning. So Gu Ning was on alert now.

She turned to a man who was around 25-years-old; he was the youngest one among them. “You’re injured.”

Indeed, the man had been bitten by a bat and his face started to turn back, which was a sign of being poisoned. Hearing that, the other three men looked to the youngest man with one accord and asked nervously, “You’re injured? Where?”

“I-I was bitten by a bat!” The man hadn’t felt the acute pain from the back of his hand until now. He was horrified, because they all knew that bats in ancient graves were extremely poisonous. Although he wouldn’t die quickly, he would be dead after one or two hours if he hadn’t been administered in

“Oh, the antidote!” Three of them immediately took off their backpacks searching for medicine. They were gravediggers and always carried all kinds of antidotes with them. They took out the antidote and covered the youngest man’s hand with it. However, the antidote would only be effective after a long time. Besides, even if the poison in the youngest man’s body was resolved, he would be weak in the following days, which would affect his later movements.

Gu Ning walked to them and gave them a small porcelain bottle. “If you trust me, you can take this. It will be effective within seconds.” In the porcelain bottle was medicine that Gu Ning had made with her power and water today.

They gave Gu Ning a glance, but didn’t take the porcelain bottle right away. It was hard for them to believe her. They had a suspicion that Gu Ning would kill them all and be in possession of all the antiques in this ancient grave. They had just met each other and they were opponents as grave diggers.

Gu Ning understood why they hesitated, so she explained, “I’ll take responsibility no matter what happens.”

Hearing that, they chose to believe her for now, and took the medicine. They also knew that their antidote wouldn’t be effective soon. Although the youngest man could be saved, their following actions would be greatly affected.

The youngest man took Gu Ning’s medicine at once.

Once the medicine which was actually just a mixture of Gu Ning’s magical power and water went into the youngest man’s mouth, he felt a cold air and it was really comfortable. The cold air immediately flowed through his entire body. He didn’t feel any more pain, and he stopped bleeding as well. Most surprisingly, he got his strength back like lightning. The people around his were all quite astonished.

The man’s wound wasn’t healed yet, because of the lack of power. However, Gu Ning did it

on purpose. If the medicine was too

effective, it could cause her trouble.

“Thank you so much!” the four men said to Gu Ning

“My pleasure,” Gu Ning replied and asked. “You’re professional grave diggers, haven’t you found anything strange about this ancient grave?”

Gu Ning wasn’t sure herself, but tried to get more information from them. Once Gu Ning asked that question, the four men’s faces all changed. Apparently, they indeed had been through something strange. The four men had been to this ancient grave last week, but they were all sick ever since. Thus they didn’t come back again until a week later

when they recovered. Ever since they had been to this ancient grave, they had been having nightmares and lacked energy, but the four men didn’t know why Gu Ning asked that question, so they stayed quiet and waited for her to finish her sentences.

“I can tell what has happened to you all from your appearance. Out of my kindness, I can be honest with you. The ancient objects in this grave are evil and contain Yin. If you take them, the Yin would affect your health and you would be either weak or sick. It’s also possible that you’ll die in the near future,” Gu Ning said.

It sounded so unusual and unbelievable, but the four men who had been through it couldn’t doubt it.

“Then what should we do?” the youngest man asked in anxiety.

“Do you mean that we better give up these antiques?” a man who was around 35-years-old asked in an unpleasant tone.

“If you want to live, you better give up, but if you don’t care, just take them,” Gu Ning said.

“Stop scaring us! If we give up, you’ll have the chance to take them all!” another man who was around 30 years old retorted.

Support
Random Novel
A Will Eternal 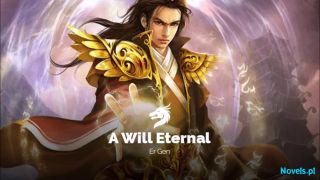