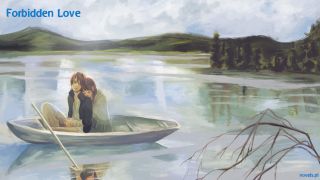 “Jiang, just tell me!” Master Leng urged. Jiang Zhongyu thought for a while. He believed that maybe Leng Shaoting forgot to mention it to Master Leng, so he said, “Haoyang was kidnapped not long ago; you all knew about it, right?”

Leng Shaoxun said, “It was Shaoting who rescued Haoyang!”

“Yes, but the girl who suddenly emerged from beneath the overpass and beat Qin Huiqun was precisely Shaoting’s girlfriend!” Jiang Zhongyu said.

“What?” Hearing that, everyone was shocked. To their astonishment, the girl who beat Qin Huiqun was Leng Shaoting’s girlfriend! It was so unbelievable!

“I didn’t see her in person, but Zhenghua told me that the girl fainted after rescuing Haoyang. She was admitted to the hospital and Zhenghua saw Shaoting sitting at the girl’s bedside holding her hand in the patient room,” Jiang Zhongyu added.

Holding her hand? Everyone immediately believed that it had to be Leng Shaoting’s girlfriend.

Leng Shaoxun instantly took out his phone and watched the video again. Although the girl’s face wasn’t clear, it was amazing to see her agile movements. In the beginning, everyone thought that Leng Shaoting’s girlfriend was an ordinary girl. Unexpectedly, she was very incredible. Is she a female soldier?

All in all, everyone was amazed by Leng Shaoting’s girlfriend, who they hadn’t even met yet. Even Leng Yuanqian’s family made up their mind to investigate her.

Gu Qing and Gu Qing didn’t have many friends, so nobody came to visit them during the Spring Festival. Gao Yi and Qiao Ya joined them for dinner today as well.

When it was about time to eat, Gu Ning received Leng Shaoting’s call. She made an excuse and left her home without hesitation. The moment that Gu Ning walked out of Zone G, she saw Leng Shaoting standing by the car.

Seeing Gu Ning, Leng Shaoting opened the car door for her. Gu Ning quickly walked towards him and got in the car.

“Happy New Year, this is for you.” Leng Shaoting handed a red envelope to Gu Ning after he got in the car.

Gu Ning was struck dumb for a second, but she soon realized what was going on. However, the red envelope was pretty thin. “No way, it’s so thin. Is there just a single yuan inside?” Gu Ning asked. However, she was just joking.

“Of course not,” Leng Shaoting said.

Gu Ning didn’t use her Jade Eyes to see what was inside, because she wanted to open the gift in person.

She took it and could immediately tell what was inside from the feel of the envelope. It was a card. Is it a bank card? Gu Ning thought to herself. She was right. There was a credit card in the red envelope.

“Why?” Gu Ning was surprised. She just wanted a red envelope for fun, but he gave her an additional credit card.

Although Gu Ning didn’t lack money, it showed a man’s love for you if he was willing to spend money on you.

“Aren’t you afraid that I’ll max it out?” Gu Ning asked.

“It’s fine. I have more cards.” Leng Shaoting didn’t care at all. It was good news if Gu Ning maxed his card out because it meant that he was useful in her heart. On the contrary, he was afraid that Gu Ning wouldn’t use his card because he knew that Gu Ning didn’t lack money.

“Ha-ha,” Gu Ning snorted with laughter. “It seems that my boyfriend is super-rich!”

Leng Shaoting flushed a little and asked, “What do you want to have for dinner?”

Leng Shaoting thought for a while, “Let’s go to a nearby restaurant.”

“Great!” Gu Ning replied. During the meal, Gu Ning received Chu Peihan’s call. Chu Peihan invited her to see the fireworks show at Qingjiang Square at 10 pm. It wasn’t allowed to set off fireworks in cities, so people could only do it in an empty space far from the downtown. Qingjiang Square was at the riverside, and people were used to setting off fireworks there during the Spring Festival. Gu Ning thought for a while and agreed.

Su Anya called soon after Gu Ning ended the call with Chu Peihan. She also invited Gu Ning to watch the fireworks show. Although Gu Ning and her friends weren’t very close to Su Anya yet, they were willing to be friendly to her. Therefore, Gu Ning invited her to watch the show along with them.

After dinner, Gu Ning went there with Leng Shaoting.

The firework show began at 10 pm, but Gu Ning and Leng Shaoting arrived at 8:30 pm.

Apart from the fireworks show, there were many fun activities in Qingjiang Square too, like Chinese lanterns, acrobatics performance and so forth.

A short time later, Chu Peihan and Yu Mixi arrived, followed by Mu Ke and An Yi. They all greeted Leng Shaoting when they saw him.

Su Anya arrived afterward, and there were two other pretty girls by her side. One was around 15 years old, while the other was around 20 years old.

“Gu Ning, it has been a while! Did you forget me already? If I hadn’t called you today, you probably wouldn’t have invited me to have fun with you guys!” Seeing Gu Ning, Su Anya ran over and hugged her.

They had only met Su Anya three times since they had known each other, but they all got along quite well.