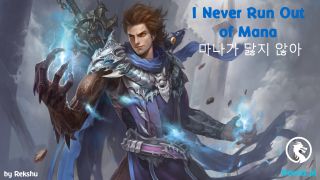 Situ Ye wouldn’t turn down a girl he liked.

Wu Sen called Chu Xuanfeng as well and told him what had happened.

Although Gu Ning already gave Situ Ye a call, Chu Xuanfeng still reported it to Situ Ye again, because it was his job.

Gu Ning called Tang Qingyang next, because she had missed his call earlier.

“Hi, I just received a call from the Tang Organization this afternoon, and I need to go back to work at its headquarters in a few days,” Tang Qingyang said.

Gu Ning smiled. “They got nervous because you’re developing towards a better direction. You’re a threat in their eyes now. Well, it’s not a bad thing anyway. The National College Entrance Examination is only half a month away, and I’ll be going to the capital afterwards to start our plan. During this time, you should keep a low profile to protect yourself. Don’t worry, I don’t think Tang Bingsen wants to hurt you for the time being.”

“I’m going back to City B tomorrow, so we can have a meeting at 3 pm,” Gu Ning said.

“Sure,” Tang Qingyang said. He was Gu Ning’s partner now, so he should talk with her first before taking action.

The next morning, Gao Yi and Qiao Ya came to pick Gu Ning up before they went to the airport.

After arriving at City B, they took a taxi to Huafu Hills.

It was about lunchtime, so they went to do grocery shopping in a supermarket before they went back home.

Qiao Ya cooked when they got home, while Gu Ning went to have a shower.

Gu Ning planned to visit her family at the Tang family’s house later that afternoon.

When it was 2 pm, Gu Ning left home with Gao Yi and Qiao Ya to go meet Tang Qingyang.

Because only her Lamborghini was left in her garage, they had to take it even though Gu Ning thought that it was too noticeable.

A luxury car was always the focus of people’s attention, so Gu Ning could hear people’s exclamations once in a while.

Even though City B was an affluent city with many luxury cars, it was still rare to see a luxury car which cost over 10 million yuan, because the amount of super luxury cars was limited. Therefore, it took more than just money to get one.

The car was parked outside the café, and it immediately attracted a lot of attention.

Gu Ning got out of it first and told Gao Yi and Qiao Ya to park it in the parking lot.

Many of the girls there were envious of Gu Ning the second she showed up. Most of them wanted to marry into a super-rich family, but only few of them could actualize this dream.

Super-rich families would usually only marry people from families of equal social status. Therefore, it wasn’t easy to live a relaxed and happy life in a super-rich family.

“It’s just a luxury car. I don’t think that such a young girl can afford it herself. There is nothing to show off!” a woman who was dressed in all kinds of designer brands said. However, it was just sour grapes.

The woman didn’t know that the car was actually Gu Ning’s.

Gu Ning heard her comment, but didn’t bother to waste time arguing with the woman, so she walked inside alone.

There were two other women beside the woman who was jealous of Gu Ning. Woman A said, “Do you know her? Why do you think the car isn’t hers?”

It was obvious that Woman A disliked that woman.

The woman frowned and said with obvious disdain, “Who is she then?”

“She’s the founder of Jade Beauty Jewelry and Charm, Gu Ning. She’s also a billionaire, and a sports car is nothing in her eyes!” Woman A said.

Woman A recognized Gu Ning, and she admired Gu Ning’s ability too.

“What? She’s the founder of Jade Beauty Jewelry and Charm?” The woman was surprised and felt embarrassed. She gave Woman A a glare and closed her mouth.

Woman A pulled her lips and looked away.