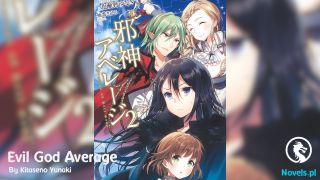 «Reincarnation Of The Businesswoman At School (Web Novel) - Chapter 1121 - Have You for Dessert?

However, the bullet didn’t hurt it much, it just annoyed it.

The Gu Eagle attacked Leng Shaoting at once. “How dare you, you damn human being!”

Leng Shaoting, however, just heard an angry howl and didn’t understand what it said. Only Gu Ning could understand it.

Because the Gu Eagle was irritated by Leng Shaoting, it ignored magical power for the time being.

Gu Ning seized this chance and hit its back without delay. They were in a lot of danger now, so Gu Ning didn’t hesitate to use her full strength. With the help of her magical power, she violently burst into action.

The Gu Eagle wasn’t mad when Gu Ning hit its back, but it suddenly realized that it came out for the magical power, so it turned to focus on Gu Ning.

“Wow, you smell so delicious, and I’ll have you for dessert,” the Gu Eagle howled again and began to attack Gu Ning.

“Do you want to have me for dessert? Let’s see what you can do!” Gu Ning said.

The Gu Eagle was surprised that Gu Ning could understand its language.

Leng Shaoting, at the same time, finally understood that the Gu Eagle wanted to eat Gu Ning. He joined the fight at once to stop it from hurting Gu Ning. Although Leng Shaoting wasn’t comparable to Gu Ning when she used her magical power, he wasn’t weak either.

They fought against the Gu Eagle together, and protected each other.

Once in a while, they showed up in the surveillance cameras because they moved around fast.

It was late at night, so Zhang Zhiheng and the other soldiers couldn’t see the scene clearly, but they were still shocked by the violent fighting. They realized that there was an unwanted guest in their training base, and it was their fault for missing it.

“There is an intruder in our training base!” Zhang Zhiheng exclaimed. “I think the intruder might be the reason why the three soldiers are missing.”

They didn’t know how good Gu Ning was at fighting, but they were clear about Leng Shaoting’s level. Since the intruder could fight against Leng Shaoting for such a long time without being caught, the intruder must be very strong.

“Should we get in there and help them?” Wang Shijie asked. He was worried that Leng Shaoting might be injured.

Before Leng Shaoting entered the woods with Gu Ning, he told the soldiers on duty not to allow anyone else to get inside. He was a major general, so the other soldiers had to obey his orders.

“Shaoting, take a pill now!” Gu Ning said to Leng Shaoting seeing that he was weakening.

Leng Shaoting jumped aside and took a power crystal at once.

During this short time, Gu Ning fought against the Gu Eagle alone, but she still handled it well.

Leng Shaoting soon got his strength back after taking a power crystal, so he went back to assist Gu Ning in the fight without delay.

The Gu Eagle, however, felt that it was becoming increasingly difficult for it to fight against the two of them at the same time.

It was unavoidable for Gu Ning and Leng Shaoting to be injured in the violent fight, but they didn’t care much about it. Gu Ning could soon recover with the help of her magical power. Leng Shaoting also protected himself well with the power crystals.

Humans couldn’t take too many power crystals within a short time, so Gu Ning told Leng Shaoting not to take a pill if the injuries weren’t serious.

Even though the Gu Eagle was retreating, it was still hard for Gu Ning and Leng Shaoting to catch it.

Gu Ning couldn’t think of a better idea, so she had to let the jiao out in the end.

Zhang Zhiheng and the other soldiers were watching the fight from the surveillance cameras the entire time, but they didn’t know that the intruder was actually a monster. They didn’t believe in monsters, so they didn’t think further about it.

“I’m so worried about their safety now. We can’t see the full picture from the cameras,” Wang Shijie said and he felt restless.

“I think they are avoiding the surveillance cameras on purpose,” Zhang Zhiheng said.

Although he didn’t know why Gu Ning and Leng Shaoting did that, he believed that they did it for a reason.

“Why would they do that?” Wang Shijie was confused.

“Major General Leng has been through a lot in his past tasks, so I believe that he can handle the situation this time too,” Zhang Zhiheng said.