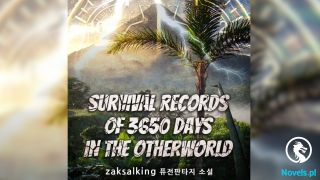 «Reincarnation Of The Businesswoman At School (Web Novel) - Chapter 2560: Stabilize the Plane with Magical Power

About an hour after the plane took off, the stewardesses came to hand out food.

Because it was a long journey, Gu Ning planned to close her eyes and rest for a while after eating.

Baili Zongxue didn’t bother Gu Ning, and quietly appreciated the clouds out of the window.

When the plane took off, Baili Zongxue felt very nervous, but she soon relaxed after it flew steadily.

It was all white outside, and the clouds were like clumps of cotton. Baili Zongxue even had the impulse to jump out and have fun on it.

After the plane flew about half of the route, it encountered air turbulence and shook a little.

It was very normal during a flight, so it didn’t cause panic. Unfortunately, after a few more minutes, the shaking didn’t stop, and only got worse and worse. All the passengers became concerned, and Gu Ning opened her eyes.

“Why is it shaking so badly?” Baili Zongxue tightly held the chair handle and frowned. She was a little nervous.

Although this was the first time that she had ever taken a plane, she knew planes shook when they encountered air turbulence. However, this time was too rough.

Gu Ning had never been through such serious shaking, so she thought it was strange too.

At this moment, the same baby woke up and started crying again. An idea dawned on Gu Ning.

She heard that babies cried their hearts out because they felt that something bad was going to happen.

Gu Ning became worried and had a premonition too.

If the plane continued to shake, they would be in serious danger.

All of a sudden, the plane fell for a moment, making all the people inside lose their balance. Even though it only lasted for a few seconds, it still scared everyone. Some even screamed, while others cried out.

A stewardess immediately comforted the passengers through a broadcast. She said that the plane was shaking because of turbulence, but everyone was terrified by the shaking. The plane even fell for a while, so the stewardess’s words weren’t very useful. The cabin was full of cries and shouts.

“Gu Ning, did something go wrong?” Baili Zongxue straightened her body, feeling nervous. She felt it couldn’t be normal air turbulence. It seemed that something bad was going to happen.

Before they boarded the plane, she felt that they couldn’t be that unlucky. After all, this was the first time that she had taken a plane. However, now it seemed that she was just extremely unlucky. No matter how unlikely it was, the plane she got on now had an issue.

“I don’t know. It’s also the first time that I’ve encountered such a situation.” Gu Ning looked anxious too.

“I have such bad luck! I thought that I wouldn’t be so unlucky the first time, but…” Baili Zongxue complained, but she wasn’t blaming Gu Ning, because she willingly went on this journey with Gu Ning.

However, Baili Zongxue was going through this because of Gu Ning, so Gu Ning still apologized. “I’m sorry, I shouldn’t have called you out.”

Given the current situation, Gu Ning had a feeling that it would cause a serious accident.

“Don’t say that. Although it looks scary, I chose to go with you on my own,” said Baili Zongxue. In fact, even if she died today, she accepted the result.

However, Gu Ning still blamed herself.

At this moment, the plane shook heavily again, as if it was going to fall, which scared everyone.

“I feel it’s falling! What should we do? It’s terrifying. Will we die?”

“What should we do? What’s going on now? What will happen?”

Gu Ning wouldn’t sit there and do nothing. It wasn’t too bad for her right now, so she believed that she could handle it.

If it was air turbulence, it should be easy, but it would be a problem if the plane itself was damaged.

Without hesitation, Gu Ning released her magical power around them till it covered the whole plane.

The anxious and scared passengers gradually calmed down once they were touched by the magical power. They didn’t know why, but Baili Zongxue understood.

Although Baili Zongxue knew that Gu Ning could release pure magical power, which was different from other cultivators, she was still surprised by its amount.

It turned out that Gu Ning was much stronger and more mysterious than she thought, but it was Gu Ning’s secret, so she wouldn’t ask about it.

When they calmed down, the baby also stopped crying.

Covered in magical power, the plane stabilized and stopped shaking over time.

The air turbulence couldn’t last, and only happened for a while, so Gu Ning decided to withdraw her magical power after it ended.

As the plane continued to fly steadily, the passengers quieted down. They were still scared, but wouldn’t think about it further.

Another while later, Gu Ning’s face became a little pale because she used too much magical power. Baili Zongxue was slightly worried, but said nothing. After all, it was a special situation.

On the other hand, Gu Ning’s face became pale and she felt weak.

“Gu Ning, are you alright?” Baili Zongxue asked with concern. Even though she knew that Gu Ning would be fine and would be filled with energy again after resting for a while, she was still worried. After all, Gu Ning looked weak now.

She didn’t know what would have happened to them if Gu Ning didn’t use her magical power to stabilize the plane, but the situation would only have gotten worse, so undoubtedly Gu Ning paid a lot.