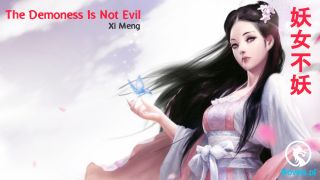 «Reincarnation Of The Businesswoman At School (Web Novel) - Chapter 2063: Why Don’t We Team up?

When the several elders talked with Shangguan Yang, they brought up the tribulation which happened hundreds of years ago. Because of the heavenly tribulation, the cultivation world came into being.

Shangguan Yang had heard about that from Jing Yunyao earlier.

Shangguan Yang also told them that he was in retreat back then, so he knew nothing about what had happened in the outside world. After he came out, everything had changed and he was the only survivor of the Kunlun Sect.

Anyway, since he survived, there might be other cultivators who survived too, but the world was too large for them to meet.

They didn’t think about that until Shangguan Yang showed up.

After their chat, Bai Lingtian arranged for people to take Shangguan Yang and the others to have a rest.

The next day, disciples of Tiandaozong all got up at 6 am to practice in the square.

At 6:30 am, Shangguan Yang and the others came, but they didn’t go out right away. Instead, they stretched their bodies in the yard. Bai Lingtian told them last night that their breakfast would be sent over at 7 am.

When it was about 7 am, Ning Xu came to the yard where they stayed. Seeing Shangguan Yang and the others walking out, Ning Xu said, “Senior Shangguan, I came to send you the breakfast as our leader ordered. If you want to have a tour around, I can be your guide. We’ll gather together at 9 am for the kung fu competition.”

“Sure, thanks,” said Shangguan Yang.

After that, Shangguan Yang and the others went to have breakfast before Ning Xu took them to have a tour around Tiandaozong.

Because the kung fu competition would be held today and the leader and elders needed to deal with other things, they wouldn’t be free to treat Shangguan Yang until the competition began.

Walking in Tiandaozong, they met its disciples along the way who all respectfully greeted Shangguan Yang.

As they walked, they saw Mo Qilin who was practicing his skills.

Gu Ning, however, asked him, “Will you take part in the kung fu competition?”

“Why don’t we team up?” asked Gu Ning. Mo Qilin was a good cultivator in Gu Ning’s eyes, so she didn’t mind helping him. Otherwise, it would be very hard for Mo Qilin to finish the game.

Hearing Gu Ning’s words, not only Mo Qilin and Ning Xu, but Shangguan Yang and Leng Shaoting were also surprised. They didn’t know when Gu Ning suddenly became so helpful. Did she know Mo Qilin?

It must be the reason, otherwise she wouldn’t team up with a cultivator at a common level.

Since Gu Ning was willing to do that on her own, they didn’t stop her.

Gu Ning was at the Fusion Stage, but her abilities were nearly the Golden Core Stage.

“Really?” Mo Qilin got excited after being surprised because his master also told him that he could finish the game if he could team up with Shangguan Yang’s disciples.

However, it was only more likely for him to finish the game, but it was impossible for him to be in the top 3. After all, Mo Qilin was at a very common level.

“Sure! Thank you so much!” Mo Qilin thanked them at once.

“Great, see you later,” said Gu Ning, then they walked away.

“Junior Qing He, may I know why you chose Junior Mo Qilin to be your teammate?” asked Ning Xu when they were far away.

Ning Xu didn’t know whether it was the real reason, but it was Gu Ning’s answer, so he didn’t ask further about that.

Once Gu Ning and the others were gone, Mo Qilin ran to see his master.

Mo Qilin’s master was the second elder, Yun Hongqing. After Mo Qilin met Yun Hongqing, he told Yun Hongqing that Shangguan Yang’s female disciple invited him to team up with them on her own initiative.

Knowing that, Yun Hongqing was greatly surprised. Although he hoped that Mo Qilin could team up with them, Mo Qilin was at a very common level like Qing He after all, so he didn’t think it was very likely. If they teamed up with Mo Qilin, Mo Qilin might be their burden.

Therefore, he couldn’t figure out the reason why they invited Mo Qilin to join them. He didn’t know why, but it was what he wanted and he believed that they wouldn’t harm Mo Qilin.

At 8 am, more and more people gathered at the square of Tiandaozong. Some came to participate in the game, while some came to watch it.

This game was divided into two parts. The first part would be held at the square, which was a group game and was called number grabbing.

Participants could team up in the first part, but there must be fewer than five people. They couldn’t help their teammates compete for number cards, they could only help each other clear obstacles at most. If they wanted to win, they had to rely on their own abilities.

Moreover, during the fight, they were forbidden to fly and they had to fight through by themselves.

Whoever was knocked out of the martial arts platform was the loser.

If there were fewer than sixty people who successfully had the number cards, those who lost the first time could have a second chance.

In the second part of the game, participants would enter the deep forest of mist and the rules would be announced then.

At 8:10 am, Jing Jining arrived, followed by Jing Yunyan. Along the way, they didn’t talk at all, but Jing Yunyan said to Jing Jining after arriving at Tiandaozong, “Cousin Jining, my father said he hopes that you can introduce me to Senior Shangguan’s disciples.”

He mentioned his father in order to put pressure on Jing Jining.

“No problem.” Jing Jining didn’t refuse, because Jing Yunyan wouldn’t be able to team up with Leng Shaoting even if he introduced him to Shangguan Yang… After all, they came here this time precisely to stop Jing Yunyan from winning a prize.