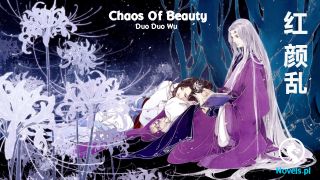 Joash twirled the wine cup in his hand as he gazed at the carnage that William's army had unleashed on the Orkish Clan through the eyes of his daughter, Vesta.

"Alvah, I will never forgive you," Joash stated as his gaze fell on the wine cup in his hand. "Everything that you've built through the years, I will destroy. Everyone that you cared for, I will kill. Everything that is precious to you, I will take. Only when you are at the edge of despair, will I appear and make you regret killing my wife, while I was away for the war on the Silvermoon Continent.

"Do you really think that I didn't know that you were behind everything? The only reason you are still alive is because I want you to suffer until your dying breath. That is the only way that I can quell the anger in my heart. Don't worry, you won't be going to hell alone. I will send your entire Clan, as well as your precious Demon Lord, to the afterlife to keep you company."

Joash had planned everything for many years. He chose collaborators that would not betray him and help him enact his revenge. The patriarch of the Sand Clan, Zeph, and the Headmaster of Hestia Academy, Byron, were just some of the people he had forged strong ties with.

All for the sake of his revenge.

"Astraea, just a little more and the filthy Clan that killed you will be no more," Joash said softly.

People thought that Demigods were too indifferent for love. However, they could never be more wrong.

As one of those that stood at the Apex of the world, those whom they cared for didn't surpass the number of fingers on one of their hands. This was why those individuals were very precious. So precious that they would not bat an eye to start a genocide for their sake.

Joash was the same. As long as someone tried to poke their reverse scale, they would find themselves at the receiving end of a mad dragon, whose heart had hardened itself against betraying his own race, just for the sake of revenge.

As William and his entourage traveled towards the Fortaare Desert to meet up with the others. A powerful fluctuation rocked his body, making him gasp for breath.

Seated beside him, Celine clutched her chest as tendrils of dark energy snaked around her body.

The same thing was happening to William as well, but this was not the first time that this had happened to them. The black-haired teenager, as well as the beautiful Elf, closed their eyes as they endured the power that was going berserk inside their bodies.

The minutes passed slowly, but their conditions were not getting better. In fact, they were getting worse. Knowing that they were going to endanger the others, Celine grabbed William's hand and activated her artifact, Eternity.

As the two stood in that vast, and empty world, their hold of their senses gradually weakened, until they could no longer control their bodies. Just like two wild animals, the two of them used their bodies in an attempt to ease the torment that they were experiencing.

Blood, sweat, tears, and other fluids flowed freely as the hours passed by. Both of them were no longer conscious at this point, but their bodies still moved, like puppets being controlled by a puppeteer.

When William opened his eyes, he found his head resting on Celine's voluptuous chest. A trail of dried up blood could be seen on its side, which made William realize that he had bittern her again on that place, out of instinct.

Fortunately, the wound had already healed, and Celine's powerfully beating heart assured him that she was fine.

As the Half-Elf propped himself up, he saw the aftermath of what both of them had done in their berserked state. Scratch marks, bite marks, as well as bruises could be seen all over Celine's beautiful body.

William didn't fare any better because every part of him was in pain. Even his hips were aching, and the Half-Elf didn't like it one bit.

Using his Wind Magic, William gently lifted Celine's body, and cleaned her up with Water Magic. After making sure that every part of her had been scrubbed clean, William used his Healing Magic to mend all of her injuries.

Even after everything that William had done, Celine didn't stir from her slumber. This showed how exhausted she was. William sighed as he took clothes out from his storage ring and gently dressed her.

"We can't continue like this," William muttered as he used his Wind Magic to move Celine to the bed, so that she could have a proper rest. "Should we stop fighting it, and just give in to our instincts?"

As William used his magic to clean his own body, these thoughts came to his mind. Celine and him had talked about many things, and one of them was going to the Ancient Ruins, in order to stop themselves from being overwhelmed by the influence of the Dark Powers that were calling out to them.

Although they still couldn't prove it, both of them had a feeling that, even if they were to escape at the edge of the world, they would still be forced to turn back and accept their fate.

William didn't want to admit it, but the possibility of the two of them losing their minds if they kept resisting the call of Darkness was something that had been gnawing at the back of his mind. What happened earlier was proof that the longer they stayed away from the source, the more danger they posed to themselves and those around them.

"After reuniting with the others, Master and I will go North," William muttered softly as he used healing magic on himself. "Maybe it's about time we stopped running away, and faced this problem once and for all."

The Half-Elf didn't know if this was really the right decision, but right now, he had no other choice. Fate had started to make her move, and those who resisted it would find themselves fighting against a mighty current, unable to push forward even if they used all of their might.

Somewhere in the Temple of the Ten Thousand Gods…

An enchanting lady, who would eventually ruin the entire multiverse, smiled as she gazed at the Half-Elf who was deep in thought. She knew that William wouldn't be able to run away from the trial that he needed to face, but for some reason, she also felt saddened about it.

"Everything is coming full circle," the Primordial Goddess said with certainty. "The past, present, and future have already converged to make this a reality. Nothing can stop it now. Not even I will be able to do anything but watch as you make your choices and act on them.

"Still, I can't help but be tempted to break the rules that Amalthea and I agreed upon. Hah~ Why must things be complicated?"

The primordial Goddess shook her head in order to brush away the mundane thoughts that were starting to appear in her consciousness. Now that William had finally made his choice, the curtain would soon close.

As the promises of the past, present, and future intertwined, the end of the world was going to taste so sublime.