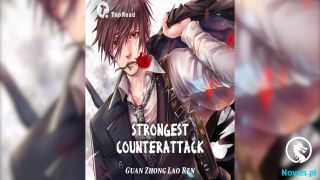 Word spread quickly within the Demon Continent after William and his forces decimated the Orkish Clan, which was considered as the Gremory Clan's right hand Clan.

If one were to ask all the Clans in the Demon Realm if there was a Clan that they hated the most, more than half of them would say that the Orkish Clan would win the 'Most Hated Clan' Award in their entire Continent.

They were a savage Clan that could no longer be called Demons, because they were literally Monsters that had mutated due to their bloodline ability to consume the flesh and blood of their victims.

William didn't bat an eye and demolished their entire city, killing as many as he could. When the Orkish Clan saw William's declaration to attack any Clan that had close ties with the Gremory Clan, they just laughed at him.

They thought that his bold words were just a big joke that ignorant fools said to make themselves look good. However, it didn't take long before they realized that the black-haired teenager was indeed a force to be reckoned with.

Unfortunately, it was already too late.

The Clans that had sworn their allegiance to William, also joined the battle. They rode on the backs of the Requiem Antz that had evolved into Flying Scorpions, and shouted their war cries filled with vengeance.

Looking at this scene, William understood that the Clans that he had taken under his wing had a lot of pent up frustrations that they were unable to vent out due to their fear of being persecuted by the Major Clans.

Now that they had a powerful backer who cared for them, these Nomadic Clans banded together like warmongers who lusted for the blood of their enemies.

"Although I don't like war, this battle has a certain beauty in it," Vesta asked as she stood beside William with her arms crossed over her chest, and a smile plastered on her face. "When the oppressed fight back against their oppressors, I bet the Orkish Clan never saw this coming."

William remained silent. He never liked wars, but understood that this was the only way he could prevent a bigger one from happening. As long as the Demon Clans thought that he was all talk and no bite, his earlier feat against the Gremory Clan would soon be forgotten.

This was why he decided to strike while the iron was still hot and annihilate the Gremory Clan's strongest supporter, and make everyone know how serious he was about keeping his promises.

"What's your next plan?" Vesta asked. "Will you continue to cut off the Gremory Clan's limbs?"

"No." William shook his head. "I will return to the Fortaare Desert and pick up my acquaintances. If that band of troublemakers is not reigned in, the destruction they could cause will not be any less than what I am doing right now. In fact, they might even become more notorious than I am."

"Surely you jest. How can they possibly surpass you?"

"Oh, believe me when I say that they are more than capable of fighting the Gremory Clan by themselves. They are that troublesome."

Vesta glanced at William in disbelief. After seeing the things that he had accomplished so far, she couldn't think of anyone that could do the same things in their current generation.

What Vesta didn't know was that William was quite worried right now. He had first hand experience with what Shannon could do, and even thinking back on those days made him shudder inwardly.

If Shannon were to remove her restraints, and allow her Divinity to surface, a one-sided genocide would occur and she wouldn't even need to lift a single weapon to do it. All she needed to do was remove her fox mask, and everyone who saw her would without a doubt take their own lives whether they liked it or not.

William was unable to understand how Shannon had managed to escape Hestia Academy, and come to the Demon Realm with Princess Aila, Conan, Elliot, and Chloee.

While he was deep in thought, his army had finished their mission. They raised their hands high up in the air and shouted their cries of victory.

The red-headed teenager nodded his head in satisfaction before glancing in the direction of the Demons that had decided to flee their city.

The Half-Elf had explicitly ordered his army to not attack those who decided to escape. This was not him being merciful, but to let the other Clans understand that after he was through with them, their fate would be the same as the Orkish Clan, whose former glory would be forever buried in the ground that was soaked with their Clan's own blood.

Alvah smashed his fist on the table, breaking it completely. Although he already expected this to happen, seeing it truly happen made him very bitter. After asking for the Demon Lord's help repeatedly, all he got was a scroll that said "You started this, deal with it yourself."

This made Alvah so infuriated that all the servants that were serving him made themselves scarce for fear that he would vent his anger and frustrations at them.

"Ungrateful bastard!" Alvah gnashed his teeth as he clenched his fist tightly, drawing blood from the palm of his hand. "After all I've done for you, this is how you repay me?! Damn you, Luciel!"

The Patriarch of the Gremory Clan, who once looked at the other Clans in the Demon Continent with disdain, was now on the brink of losing his mind due to pressure that had suddenly assaulted him from all sides.

The Clans that he had suppressed in the past had now found a perfect opportunity to strike back at him.

After William defeated the Orkish Clan, the morale of the Clans that had allied themselves with the Gremory Clan had hit rock bottom. Some of them even declared their intention to break free from their control in an attempt to stop the black-haired teenager from setting his sights on them.

However, these petty acts of saving their own hides were drowned out by the war cries of those that had been waiting for an opportunity to strike back at the Gremory Clan.

Using William's momentum, various uprisings happened within the Northern Regions, causing Alvah's allies to fall one by one. Alvah knew that there was something very fishy about these recent events, because it was too orderly.

It was as if this was a battle of chess, in which he was slowly, and surely, being pushed back. The attacks were coming in his blindspots, causing him to lose terribly with each passing moment.

"Someone is pulling the strings from behind," Alvah thought.

As one of the best schemers in the Continent, he knew that someone was orchestrating these events from the shadows. William might be strong, but strength alone wasn't enough to make him lose his foundations in a span of several days, similar to dominoes toppling against each other once the first piece fell down.

Suddenly, an image appeared inside Alvah's mind. His body subconsciously trembled when the dots were finally connecting together.

"Did he find out about it?" Alvah muttered as he sat on his chair, while attempting to take control of his trembling body. "No. I made sure that no evidence was left. He can't possibly know what I did!"

Alvah repeated these words over and over again inside his head, but the more he did this, the greater the fear in his heart grew.

"No. It's impossible… the people I sent all died and no trace remained," Alvah took deep breaths in order to calm himself. "Without any evidence, how can he know what I did?"

Alvah tried over and over again to reassure himself, but it didn't work. Now that he had an idea about who was behind everything that was happening to him, he realized that everything he had built up over the past few decades was about to come crumbling under his feet.