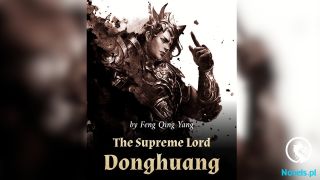 «Reincarnated With The Strongest System (Web Novel) - Chapter 1046: If Only I Was Born Human

"Argh! Stupid disciple! Why must you always change locations without telling me!" Chloee shouted angrily, while holding a chocolate bar in her hands.

With Conan and Elliot being able to pinpoint William's current location in the Demon Continent, regrouping with him should have been easy… at least, that was what was supposed to happen.

The Half-Elf had veered away from his original destination and went to the Gremory Clan's territory in the north to give them a good beating. Unfortunately, his plan ended mid-way when the Demigod, El Sibon, got in his way and forced him to retreat.

Simply put, Princess Aila, Shannon, Conan, Elliot, and Chloee, didn't know what they should do at the moment.

The Demon Continent was a very vast place, and randomly following William around was not a good idea, because he could travel instantly from place to place using his Lightning Strider Skill, as well as his ability to instantly teleport to Soleil's location.

Although Shannon could create a portal to traverse great distances, it had a limitation. She could only use it once a month, especially when the distance that she planned to travel was very far.

Princess Aila also felt depressed because she had traveled far just to see William, and finally sort out her feelings for him. Conan and Elliot had assured her that the dreams that she was having really happened in her past life.

However, whether William would accept her or not was something that both of them were unsure of. Based on what she had told them in her dreams, William and her did spend a lot of time with each other.

They had once been lovers, but due to the restriction placed on her by the Vanirs, she was forced to choose between erasing William's memories, or having him tortured until she agreed to erase his memories.

William didn't agree to it back then, and endured countless hardships for her. If not for the fact that he was an Einherjar, and a Captain that served under Freya's Main Legion, they would have killed him without batting an eye.

Since both choices lead to the same result, Princess Aila made a hard decision and erased William's memories, so that her clan would stop in torturing him. She wasn't as strong as the silver-haired teenager who was willing to suffer for her sake.

Every Time she saw his injured body, her heart ached. In the end, she decided to free him and spare him from the daily torture that he endured under the heartless wardens of her family.

When Wendy took William away in her dreams, Princess Aila felt relief, as well as guilt. Relief because the silver-haired teenager no longer had to suffer, and guilt because she was the one that gave up first.

This weighed heavily on her heart, so she decided to look for William, and see if she could right her wrongs in her current lifetime.

While Princess Aila was deep in thought, Elliot sighed and opened his eyes.

Using the power of Clairvoyance, he tried to predict where William was going to go next. However, what he saw made him depressed.

Hearing Chloe's hateful shout from on top of the flying carriage, Elliot decided to join her in order to get some fresh air.

A minute later, he sat in front of the little fairy, who was angrily eating the chocolate bar in her hands, while cursing William repeatedly.

"Chloee, there is something I want to tell you," Elliot said.

"Speak!" Chloee replied in an irritated tone. She was still feeling angry about William. Seeing Elliot, whose face resembled her disciple, with the exception of the color of his hair and eyes, made her want to slap him so badly.

"I said I love you," Elliot said as he looked at Chloee with a serious expression on his face.

"What nonsense are you spouting?!" Chloee used her chocolate bar and swatted the annoying angel in front of her, but Elliot dodged her attack easily, making her more irritated.

"I'm not spouting nonsense, it is true," Elliot answered. "It was love at first sight… Um, maybe not at first sight, but definitely love at third sight."

Elliot laughed happily, while Chloee's expression turned grumpy. After the two of them had fought seriously against each other, the little fairy understood that she would have a very hard time hitting Elliot with her fist, if the angelic familiar focused on dodging.

After laughing for quite some time, Elliot's expression became serious once again as he gazed at the little fairy who had just taken out another chocolate bar, since she had finished her first.

"I said I love you, what is your answer?"

Elliot gave a long and depressed sigh as he gazed towards the North.

"You like William, right?" Elliot asked without looking at the little fairy, who had just taken out her third chocolate bar.

"What is it to you? Are you going to say things like 'I don't have the right to love others'?" Chloee glared hatefully at the annoying Elliot who was not paying attention to her.

"Of course not," Elliot replied as he continued to gaze at the North. "I just want to tell you one thing. William loves you, too."

"Just to make fun of me like you always do! Do you think I'm stupid?"

Elliot uttered another sigh as he turned his head to look at Chloee who was now chewing on gummy bears.

"I was born from William's soul," Elliot said. "Naturally, I know things about him that even he doesn't know about. Although he will not admit it, when the two of you fought, he fell in love with you."

Chloee snorted as she continued to chew on her gummy bears. She didn't believe Elliot one beat, and wouldn't believe him no matter what he said.

Judging from her expression, Elliot understood that Chloee had decided to ignore him, but he didn't care about that and continued to talk.

"The you back then that was covered in wounds, wearing a fearless grin, and eyes as clear as the sky was truly captivating that William's heart skipped a beat. It was also why he decided to face you head-on despite knowing the fact that the punch you would give him would hurt just as much as getting hit by Truck-kun."

"Let's not talk about that bastard."

Elliot chuckled because although Chloee was glaring at him, she was no longer ignoring him.

"Although he doesn't look like it, William is a greedy person," Elliot stated. "Even though he wouldn't admit it, he has developed feelings for you, and just hides it in the corner of his heart, because you are a familiar, and he is a Half-Elf, both of you were not meant to be together."

"I'm getting a very strong urge to punch you right now," Chloee said as she threw a gummy bear at Elliot which bounced off his head.

The angelic familiar waved his hand and a whip made of lightning bolt caught the gummy bear and sent it flying back to him.

Elliot caught it with his hand and bit into it, as he continued to gaze towards the North.

"So, unless you tell him what you feel, he will just keep those feelings hidden inside his heart and just treat you as his Master," Elliot commented. "A part of him loves you, and I was born with that half. This is why I'm telling you that Will does love you. So, you still have a chance."

Chloee frowned. She didn't know if Elliot was lying or not, but since she was born holding a piece of Celeste's Soul, her personality was something that the beautiful Elf had wanted to have. A domineering, and straightforward personality that used violence to get her way.

She was Celeste's inner wish, that she had tucked away into the corner of her heart. Chloee was the person Celeste always wanted to be, but didn't have the courage to become.

"Hmp. What's the point? You and Conan said that he could only love one more. Also, according to you, there are already three candidates vying for that last spot. Why would I even bother with such troublesome things?"

"You're right," Elliot admitted. "I know that you won't bother with such things and I know that, even if you tell William that you love him, he will just treat it as though you are just teasing him. This is why I am telling you that he loves you. That way, even if the two of you don't become a couple, you know that he feels the same way about you."

Elliot then stood up and did some stretches.

"Life is a matter of choice," Elliot stated. "There are times when you have to say the things you want to say before it is too late. After that, the only thing that is left for you is regret."

After saying those words, Elliot flew back inside the carriage, leaving the little fairy alone on the rooftop of the carriage.

"You told me how he fell in love with me, but if I told you that I fell in love with him because of that same moment and in the same manner, would anyone believe me?" Chloee muttered as she gazed towards the North.

When the two of them fought against each other in the Tower of Babylon, Chloee felt an excitement that she had never felt in her life. It was as if she had met her match, and that was why she didn't hold back in her last attack.

When she saw William's confident smirk as he used his World End Tempest to fight against her Overwhelming Strike, she knew that the person in front of her was similar to her as well.

A stubborn person that would not yield when pushed into a corner. That was why Chloee fell in love with him.

"Stupid Disciple," Chloee muttered as she bit into the gummy bear in her hands. "If only I was born Human, could things have worked out between us then?"

When Chloee was born, she thought that she was a very special existence. She was strong, she was small, and she could beat the crap out of anyone that annoyed her.

Never in her life did she feel as helpless as she did right now.