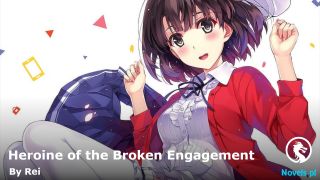 “Whatever our plans are, it will not affect the Heaven Dome Academy. After all, this catastrophe faced by the other academies will greatly reduce their power, and the Heaven Dome Academy will benefit the most from that. As long as we both benefit, there is no need to know the details,” the teenage girl remarked dryly.

Jin Qianyang glanced at the teenage girl impassively before loosening his grip.

Hidden under the ice, Ye Qingtang overheard their entire conversation. The more she heard, the more shocked she became.

The Heaven Dome Academy indeed knew of the rules beforehand and that teenage girl… who the hell was she? She could not possibly just be a normal student from a school like the East Tomb Academy.

And based on what they said, they wanted to bury all the other teams in here…

Ye Qingtang frowned slightly. The most worrying thing was those above-Emperor level monsters.

Who the hell was she?

Just as Ye Qingtang was filled with endless queries, she saw Jin Qianyang take out the little ball from his space ring. He had hidden the ball inside earlier.

That ball would follow every team, recording everything. Ye Qingtang had also once tried to hide the ball inside her space ring but did not succeed. But somehow Jin Qianyang was able to do it…

Just as Jin Qianyang was about to release the ball, there was a sudden cracking sound.

In the next second, the entire ball shattered.

Before Jin Qianyang realized what was happening, he suddenly felt a cold sensation at the back of his neck.

With no time to react, he collapsed to the ground, and his head rolled to the side of the lake.

The teenage girl had somehow moved behind Jin Qianyang. A faint smile curled up at the corners of her lips. Her fingers were stained with blood as she gazed imperiously at the beheaded Jin Qianyang.

Jin Qianyang was more powerful than Ye Qingtang, but he had been oblivious to the danger behind him.

Even Ye Qingtang, who had been hiding beneath the ice layer, did not manage to catch a clear look at the teenage girl’s attack.

This teenage girl’s powers were far beyond that of Ye Qingtang and Jin Qianyang!

The girl lifted her hand slightly and Jin Qianyang’s body and head were instantly turned to ash. The ashes swirled with the wind and the teenage girl suddenly morphed into Jin Qianyang’s exact image.

Taking out a set of clothes from her space ring which was identical to Jin Qianyang’s, she changed into it before disappearing into the forest behind. Meanwhile, the real Jin Qianyang had already disintegrated into ashes, disappearing without a trace.

Apart from Ye Qingtang, who had witnessed everything from beneath the ice layer, no one else knew that Jin Qianyang had been replaced by a copy.

After waiting for a while to ensure that the teenage girl had really left, Ye Qingtang finally tried breaking out from under the ice.

When she finally emerged and looked back at the frozen surface, she discovered that the spot from which she had emerged did not bear any signs of rupture. The ice layer was like an illusion. No wonder Jin Qianyang and the teenage girl hadn’t noticed her.

Even so, this realization did not cheer Ye Qingtang up even a little.

It was apparent that the teenage girl wanted to make use of this team competition to kill off all the student participants. She had come to a prior agreement with the Heaven Dome Academy, but who would have expected her to suddenly turn around and kill Jin Qianyang before taking on his appearance…