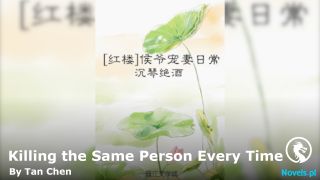 Zhan Yunzhou said, “The rules of this year’s team competition were already rather strange right from the start. No one was allowed to bring any special artifacts and we are unable to communicate with the teams. The only way to inform them about the situation is to send someone in to spread the news. But…”

Zhan Yunzhou paused before continuing. “The various teams are too scattered. Even if we send people in, we might not be able to find them.”

“Even so, we have to try. We cannot just sit by and watch them trapped inside,” Wen Qi insisted.

Zhan Yunzhou looked at Wen Qi with a conflicted expression.

“I will personally bring a team inside the Wailing Well. I will not allow any student from my academy to remain in such a dangerous land while we just sit by and watch,” said Wen Qi.

The group was taken aback by Wen Qi’s decisiveness.

The current state of the Wailing Well was completely different from what they expected.

Monsters above the Emperor level were not something which even they could handle. Wen Qi was risking his own life to save his students.

“Vice-President, we still cannot confirm what is going on inside Universe City. You need to stay here to hold down the fort. I will lead the team inside.” Luo Sheng spoke up.

They could not be sure if the rescue team would be able to find the others safely. If Wen Qi encountered an above-Emperor level monster and died inside the Wailing Well, the Netherworld Academy folks in Universe City would end up leaderless.

Wen Qi’s display motivated the other academies to make their move. They immediately decided to send their men into the Wailing Well together, to find the various teams inside. Meanwhile, the others would try their best to find some clues inside Universe City.

Ye Qingtang hung the cloth with the message on a tree behind her. She then continued to treat the injuries of Lu Yuanxiang’s team. Unable to leave the Wailing Well, she would need to carry out more medical treatment on their injuries. Otherwise they would not be able to move.

“Teacher Ye, we are very lucky to have you.” Lu Yuanxiang squeezed Ye Qing’s arm, his eyes filled with gratitude.

“I am just doing what I should do.” Ye Qing smiled.

But Lu Yuanxiang was aware of the situation. He leaned closer to Ye Qing and said in a low voice, “Teacher Ye, I know that my team is gravely injured and will only impede your progress. However, I have no choice but to be selfish and implore you to take care of these kids. If we encounter that monster again, you don’t need to bother about me. I just hope that you can try your best to protect those students. Run as far as you can, I will do whatever I can to distract the monster and buy you some time.”

Who knew if they would encounter that monster again? Lu Yuanxiang had already considered the worst possible scenario.

Ye Qingtang remained silent, but she was full of respect for Lu Yuanxiang now.

Nevertheless, Ye Qingtang’s line of thinking was not as simple as Lu Yuanxiang’s. They didn’t know if the faulty talisman was an accident or intentional. If it was intentional… it would not just be a matter of avoiding that monster and winning the competition. They would have to find a way to leave this place alive…

Despite her thoughts, Ye Qingtang didn’t voice out her concerns. She did not wish to further burden Lu Yuanxiang and his team, who were already pushed to their limits. She also didn’t want to lay out such a cruel scenario to her own brats.

After resting for a night, Lu Yuanxiang’s team managed to recover a little after consuming large quantities of Ye Qing’s elixirs… They were able to walk now albeit at a slow speed.