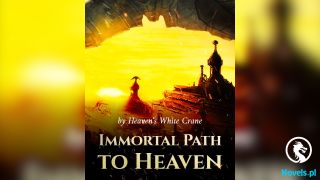 “A monster that is above the Emperor level. A faulty teleportation talisman. And the missing Universe City people… I have a bad feeling about this.” The Sky Martial Academy Vice-President’s face was grave.

“We are not at all familiar with the Wailing Well, and this is the first time it is being used in the Inter-Academy Competition… Things are indeed not looking good.” The Cold Cloud Academy Vice-President’s face was equally grim.

Taking in a deep breath, Wen Qi tried to subdue the uneasiness in his heart. He watched the situation at Ye Qing’s end with a very tense expression.

“We can only see what is happening on their side and have no way to communicate with them. Without the teleportation talisman, they are unable to leave the Wailing Well.”

“Is there really no other way out of the Wailing Well?”

“I don’t know. After all… None of us here have ever entered before.”

The various academies were growing increasingly anxious at the current situation.

The top students from the academies had entered the Wailing Well. In just a few more years, those young, energetic teenagers would become prominent figures in the various mainlands in the Second Domain, carving out their own niche. But now, they were all trapped inside the Wailing Well.

If they were unable to find a way to leave the Wailing Well, they would forever be trapped inside. And there was that monster above Emperor level… It was not something that they could defend against.

Lu Yuanxiang and the others were able to survive only because the monster had been underground and it hadn’t fully emerged yet when they escaped. If it had fully surfaced, it would be certain death for Lu Yuanxiang’s team.

There was also luck within their misfortune.

Any team which encountered the monster after it fully emerged, they would probably be…

Just as the academy leaders were feeling an oppressive sense of despondence, the screen showing one of the Heaven Dome Academy teams was suddenly obscured by blood.

The 11-strong team had been traveling across a marsh when they were suddenly attacked by a massive black figure.

In the blink of an eye, everyone, including the teacher, was transformed into a bloody pulp.

The only teenager lucky enough to survive had lost both his legs. Whimpering and dragging his blood-soaked stumps, he crawled toward the space ring dropped by his teacher. As the black figure approached him, he took out the teleportation talisman from the space ring and crushed it. A sliver of hope flashed across the teenager’s eyes.

But as the talisman was gradually crushed, a gigantic black shadow shifted over his head.

Eleven lives were lost in the blink of an eye.

And that little ball floating in mid-air recorded it all.

How gigantic was that monster…

Silence enveloped the hall. Everyone watched the bloody scene and the ground covered in pulverized flesh. And everything had happened too quickly. Even those on the outside and watching the screen did not have time to react.

There was only one scene which they managed to see very clearly.

The teleportation talisman had been crushed.

And it failed to work again…

The final surviving teenager had died while still holding to that sliver of hope.

Gasps shattered the heavy silence across the hall.