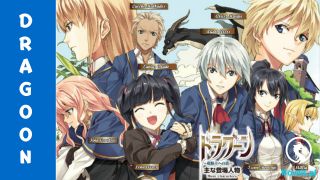 Olga stared at the development with utter disbelief.

Even the conflagration wouldn’t apply her any comfort like it used to. Thunder King Zoro, Diamond Buck, and Park Kyung-hwan were all dominating forces in their local area. Zoro was in charge of entire Western Europe and had tens of billions of assets in his disposal. Buck lorded over and was a fierce opponent of many rebel groups. Park Kyung-hwan was a Grandmaster in Korea who was well versed in many different styles of martial arts and controlled tens of thousands of special military forces. He was considered the godfather in the field of Korean martial arts

However, powerful as they were, they were killed by Chen Fan with ease.

Olga was deeply shaken especially by the sight of Chen Fan’s last move where he bent the fire to his own will. This meant Olga’s super ability was only a child’s play before Chen Fan.

Even the man in green shirt watching the fight from a distance was impressed by Chen Fan’s last move, much less Olga.

Chen Fan had reached an incredibly high level of attainment in all aspects of cultivation such as Physique Refinement, Martial arts, Dharma Spells. The man in the distance had always been convinced that only a cultivator who had reached Immortal State could use both thunder and fire elements at the same time. However, Chen Fan had proved him wrong.

“How would I fare if I threw my gloves off against him?”

The man in the distance asked himself long and hard.

Although the man was not scared by Chen Fan’s power by any stretch of the imagination. Over the decade, he had fought countless battles and never lost one. He was an expert in many secret arts of different sects, therefore, he was confident that his power should be on par with the young man, at least for now.

“Theseus, your cronies are all gone, aren’t you going to run away now?”

After killing three Grandmasters, Chen Fan dusted his clothes off relaxedly. His gaze found a patch of shadow and fixed on it. Although there didn’t appear to be anyone inside the shadow, Chen Fan was certain that Theseus was there.

Theseus’s frame cropped up from the dark shadow.

His eyes were dark and cold, and they fixed on Chen Fan like a hungry vulture.

Anyone who saw what had happened to those Grandmasters would be shaken to the core. Even though Theseus was a Super Overlord of the underground world, it wouldn’t be a small feat for him to kill both Diamond Buck and Thunder King Zoro at the same time. However, Chen Fan had done away with them so swiftly and with such ease that Theseus was genuinely taken by surprise.

“Chen Beixuan, I have never thought that you have such incredible abilities. Let’s call it off today. I will return the money I got from Aid International and neither will I ever pursue the Vitality Serum ever again. If you agree to the terms, I will return to Europe right away.” Theseus said readily.

He was the leader of Dark Totem, a dominating force in entire Europe, therefore, he was quick to register which direction the wind blows and conceded defeat when necessary.

If Theseus left her, she would have to face Chen Fan all by herself. How was she going to hold herself before such incredible power?

Chen Fan linked his hands behind his back and replied coldly: “I have already told you that you will have to die. You will have to pay the price for messing with me.”

“Humph!” Theseus grunted. “Chen Beixuan, you are too full of yourself. You are far from the most powerful fighter on the Dark Roll. Not even an immortal level Overlord could have stopped me, much less you.”

Theseus was well known for his skills in using Shadow Force.

His ability also made him the king of assassins even though he was not registered at the assassin’s guild. No one could have escape Theseus alive and no one could capture Theseus. When a quiet whisper of his name would instill fear into the hearts of his victim.

Chen Fan cracked a smile and lifted an arm slowly, and grabbed something in the air.

In the Void Dimension, an azure palm the size of a school bus rose up right above Theseus’s head. Chen Fan flipped his hand, palm facing down and pressed downward. The azure-colored giant palm mirrored Chen Fan’s hand and bore down on its target with a force of biblical scale that threatened to disturb the fabric of reality.

Disdain crawled on to Theseus’s face. His body twisted as he jumped back into the shadow and disappeared.

Theseus disappeared right before the azure-colored palm slammed down on him. Everything within a three-meter radius around Chen Fan was smashed by the large palm. A large palm-shaped crater appeared on the ground. Olga felt cold sweat glided down from her back. She wagered that if she was a blow of such scale, she would never come out alive.

However, Theseus was not dead, since there was no sign of blood in that palm-shaped depression.

Seeing his attack had missed, Chen Fan remained calm and lifted his hand again and repeated the attack.

Azure colored palms came down on the earth one after another and left many depressions. If any student happened to pass the scene, they would be dumbfounded by the garden in ruins.

After a while, Olga started to notice that it was a cat and mouse game.

Chen Fan’s palm strike was aimed at a darting shadow. The shadow swam around other shadows trying to put some distance with Chen Fan. However, each Palm strike seemed to force the shadow closer toward Chen Fan. In the end, even Olga was able to make out the outline of Theseus in the moving path of shadow.

“There is going to be nowhere to hide if this continued. He would have to take the Azure-colored energy head-on.” Olga thought to herself.

“Damn him! How did he capture my presence?”

Fear finally crept into Theseus’s heart. His Art of Concealment used the Shadow Force to conceal himself as he jumped from one shadow to another. If used properly, he was nearly invisible. He thought he could count on this skill during the fight with Chen Fan. To his surprise, Chen Fan was able to spot him accurately and turn the fight into the game of whack a mole, and was winning.

“You have brought this onto yourself.”

A cold light flashed in Theseus’s eyes as he picked up some speed and jumped out of the shadows. A glinting dark dagger appeared in his hand as if out of nowhere.

The dagger was made out of black metal, and despite its ordinary look, it was extremely sharp. It was Cold Edge, Theseus’s legendary weapon. The dagger had drank the blood of many rich and powerful men in the world. Its appetite had earned Theseus a bounty in seventeen different countries.

The appearance of this blade meant Theseus was going to attack with abandon.

Chen Fan cracked a smile and punched at his opponent.

This punch was infused with so much True Essence that its movement had shaken the Void Dimension. The energy in Chen Fan’s fist vibrated at an ultra-high frequency as Chen Fan hurled it toward Theseus. An innocent and unwitting bee happened to be in the way of the fist and was instantly pulverized before it even came to contact with the fist. Chen Fan’s opponent was a Super Overlord of the underground world, so he didn’t hold back his power and deliver a killing blow from the get-go.

Chen Fan had used the Void Dimension Shockwave while he was still in the mid-stage of Foundation Establishment level. At that time, he simply unleashed his Fist Qi and therefore, the effect of the technique was similar to a Transcendent Grandmaster’s Divine Fist of a Hundred Steps. Chen Fan was at Ethereal Enlightenment level now, and could finally unleash all of its power.

The vibrating energy pushed and pulled the air around it at extreme frequency, turning the air into liquid. Around its area of effect, anything would be instantly crushed, kneaded and liquified. Even the incredible body of Diamond Buck would fracture and disintegrate until his large frame turned into a bloody mosh. If Theseus came into contact with the punch, he, too, would be turned into a pulp.

However, Theseus was unfazed by Chen Fan’s overbearing attack. His body flashed out of view and blended into a path of shadow. Then he reappeared behind Chen Fan, stabbing the glinting blade down at Chen Fan’s nape of his neck.

Chen Fan furrowed his brows as Theseus’s reaction had caught him by surprise.

Then he snorted coldly as blade auras formed at the tip of his fingers. He yanked the other arm and delivered a backhand slash. Theseus backed away and disappeared into the shadow, ready to strike out again.

“Haha, what made you think you can surprise me twice?”

Chen Fan laughed and then stomped the ground with one hand.

His feet sent a shock wave down to the earth and rippled outward. Suddenly, Theseus appeared in plain sight. Even as he wondered what had taken his cover away, Chen Fan shot out a hand and knocked the Cold Edge off of Theseus’s hand. With another hand, he wrapped his finger around Theseus’s neck.

Despite being in the moment of life and death, Theseus couldn’t hold back his curiosity.

Other than the Art of Concealment, the Shadow Jumping was his most prized skills. He was able to defeat many Overlords who were as powerful as him, if not more so. Not even those ranked at the top of the Dark Roll were able to decipher his movement, how could Chen Fan achieve that?

“I marked you with my Divine Sense. Your Art of Concealment worked only in the physical world, but in the spiritual dimension, you are as conspicuous as a flaming torch in the night.” Chen Fan squeezed Theseus’s neck and said lightly: “However, your ability to use the Art of Concealment did take me by surprise. Although it was a far cry from the real Art of Concealment of the Five Elements. ”

Theseus let out a wry smile. “I was convinced that other than the Azure Dragon, there was no more Super Overlords in China. I was wrong, and it is my pleasure to die in your hand.”

Even as he said so, he lowered his head and asked.

“Dear Mr. Chen Beixuan, I wish you can honor the rule of the underworld and allow me to bail myself. I am willing to pay five billion US dollars for my life.”

This was not a small number back in 2008. Five billion US dollars was worth forty billion yuan. That would make anyone on the top ten rich list in China. Theseus was convinced that Chen Fan would rise to the bait since most Grandmasters could never earn that much money in his entire life.

However, with a small squeeze, Chen Fan snapped Theseus’s neck.

“I am reborn into this world, what does money mean to me?”

Theseus stared at Chen Fan in disbelief even after his death.

The Super Overlord of Western Europe could not come to terms with Chen Fan’s brushing off his offer.

By now, the alliance of five deadly Overlord had only one surviving member: Olga the Crimson Lady.

Chen Fan turned around and gave the woman surrounded by flames a long glare.