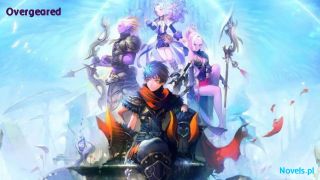 Wind was raging and fiends were roaring in the deity ground. There were many mountains and abysses that connected to the underground like the gates of Hell. Fiend Qi spouted out from the holes, intertwining with the Deity Patterns to create some weird fiends. A towering, magnificent temple stood at the center of the deity ground.

But at this moment—

All the Nascent Soul Cultivators and countless Golden Core Cultivators who came from the Star Ocean and the Abandoned Planet Region were completely silent. They either looked at the golden hand, or at the human-shaped blood stain, dumbfoundedly.

“Is he dead?” someone said after a while.

“He’s dead. I can’t even sense any energy from his Divine Soul. I don’t think anyone would survive that,” another person said.

Heavenly Lord Fengxiang’s face had yet to heal and he wanted to fight with Chen Fan. However, his legs were also shaking at the moment.

Not only him, a few of the Heavenly Lords of the Abandoned Planet Region were also grounding their teeth.

They were all Heavenly Lords, who could run wild on their own planets. Basically, nobody could threaten them, apart from the cultivators from the legendary Planet Tianhuang. And this day, those Heavenly Lords started to be fearful as they faced the black haired young man in a black outfit.

All those elders belonged to imperishable sects. They were twenty thousand years old on average; each of them had fought many battles and killed countless people. They might have even taken the life of more than one Nascent Soul Cultivator. They had also practiced the terrifying Divine Powers and cultivation arts of the imperishable sects, making them as powerful as Lord Dragon.

Such an elder had the ability to dominate a few planets. Not even all the Nascent Soul Heavenly Lords on Planet Blue were a match for the like. After all, Nascent Soul Cultivators in the Abandoned Planet Region weren’t real ones; they were weaker than those in the Star Ocean. They might even be inferior when compared to those of the imperishable sects.

However, Chen Fan smashed such a powerful elder, just like that?

Master Ling Yun lowered his head and said, “He didn’t use his Dharma Power, only the power of his body.” Even though he wasn’t loud, what he said had shocked the other Nascent Soul Cultivators.

With the power of his body.

Such a powerful cultivator could become a top Divine General and could follow the Soul Formation Grand Cultivators to conquer the Star Ocean and rise to fame in the universe.

“How… How could there be such a terrifying Overlord on a barren planet? I don’t get it. I don’t get it!” An elder shook his head.

The disciple of the Changshen Sect who had spoken earlier was also stunned.

He didn’t believe that Chen Fan had killed Luo Changshen before, but he did after such an attack.

Even Jiang Churan widened her eyes. She couldn’t believe Chen Fan could be so powerful. He had just left Earth for a decade and he was still a Golden Core Cultivator back then. At the moment, he was able to kill five Nascent Soul Cultivators with one hand?

“Kid, how dare you provoke us! You can’t be forgiven!” Divine General Yun yelled.

Two of the five dead elders belonged to the Wuji Sect! They were superior even among the senior members of the sect and were part of the inner sect. However, a local on this barren planet had killed them.

A black and white dagger circled around his hand and shot towards Chen Fan as Divine General Yun activated it. This man was enveloped in a black and white aura; a spear that was a foot long suddenly appeared in his hand. The spear was made with an unknown metal and it carried some chaotic energy.

Divine General Yun held the spear in his hand and turned into a beam of black and white light. He spinned as he moved towards Chen Fan.

The spear flashed across the sky and created a long mark on the ground. That was the “deity ground” and there were Deity Patterns in every corner; they were powerful even after billions of years. Normal Nascent Soul Cultivators were unable to destroy anything in this region. It could be seen how Divine General Yun’s spear was extremely terrifying.

A Divine General had at least the mid-stage Nascent Soul Level and all of them were even at a higher level. Besides, Divine Generals were much more powerful than normal Nascent Soul Cultivators. After all, they were specialized in killing and they practiced fighting-oriented cultivation arts and Divine Powers.

Chen Fan clenched his fist and the golden light around him was gathered on his hand. He then threw a punch. That was an attack with the might of the Nascent Soul Level. A tiny crack appeared in the sky, just like a black hole.

Divine General Yun wasn’t able to withstand it, either.

The black and white dagger was knocked away and Divine General Yun spinned at a high speed in the sky. However, he eventually slowed down, seemingly uninjured. Instead, he took the power of Chen Fan’s punch and drew a huge circle in the air as he made another attack.

Chen Fan punched again and knocked the spear away, but it felt a bit stronger than it used to be.

Divine General Yun drew another big circle in the air. He was surrounded by black and white fog, which took a small amount of energy from Chen Fan’s fist into the spear. The energy turned into force and the spear stabbed again.

In the end, Chen Fan threw seventeen punches and Divine General Yun stabbed seventeen times, each harder than the last. The last stab was almost twice as powerful as the first one!

“Such an advanced spear art.” Even Chen Fan was in awe.

Even though Divine General Yun didn’t have strong Dharma Powers, his martial art skills were exceptional. He had fought with Chen Fan up until that point only using a spear. Chen Fan was only using his fist, but his attacks were also scary.

He slowly placed his fist at waist level. A golden aura surrounded his body, which then turned black and started releasing Fiend Qi. The next second, Chen Fan punched and yelled.