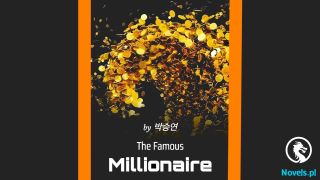 «Realizing This Is A Wuxia World After Cultivating For 300 Years (Web Novel) - Chapter 703: The Real Purpose of Emperor Wu

This volume was not only about the breadth of space and the thickness of matter, but also the depth of time.

However, regardless of whether these three factors were unified or not, generally speaking, the larger the universe, and the longer it’d existed, the stronger the Great Dao laws will be.

The universe Cui Heng was in now could be said to be ordinary in terms of space, matter, and time. It was an inconspicuous universe.

This kind of universe was usually located at the edge and outer layer of the Boundless Chaos Universe. It was the “youngest” border universe. There were very few experts at the Grand Primordium realm. It was very weak.

A similar universe was the final destination of the Primordial World corrosion of the Boundless Chaos Universe because the Great Dao laws of this universe were very weak.

To most Immortal Kings, this kind of universe could be said to be fragile. It was even possible that just their arrival would cause the universe to collapse.

This was the situation in the universe Cui Heng was in.

Although it was considered relatively powerful in the Desolate Borders, it was impossible for the Great Dao laws of this universe to reach the level of restricting Immortal Kings.

Even if Cui Heng forcefully set a new law and let the Great Dao laws of this universe suppress Feng Sheng’s cultivation realm, it was impossible to really achieve this effect.

Therefore, after Feng Sheng began to resist, the suppression he suffered stopped abruptly.

At the same time, the entire universe began to experience even greater turmoil. The cracks that filled every corner of the universe were about to become larger, and the aura of destruction and collapse became stronger.

If this continued, the new law set by Cui Heng would directly collapse and would no longer be of any use. The entire universe would also walk towards the final destruction.

“Heh, this is nothing much!” A cold smile appeared on Feng Sheng’s face. His cold gaze swept across the front and actually locked onto Cui Heng, who was hundreds of millions of light years away.

At the same time that he locked onto Cui Heng, he could clearly see the strength of Cui Heng’s aura. This was comparable to the size of a complete universe, and it was slightly weaker than his.

In Feng Sheng’s understanding, this was an existence comparable to an Invincible Immortal King.

Even if they were at the same realm, compared to him, who was at the Peak of the Invincible Immortal King realm, there was still a certain difference in strength.

And just this difference was enough to cause a world of difference in power.

“The tricks you used to create laws are not bad, but unfortunately, they’re useless!” Feng Sheng snorted coldly. At the same time, he took a step forward and instantly arrived where Cui Heng and Venerable Master Jiu were.

His gaze was cold and his expression was arrogant. His eyes narrowed slightly as his gaze swept across Cui Heng and Venerable Master Jiu. He said in a low voice, “I didn’t expect that in this universe, other than a Heaven’s Will who has grasped the power of Heaven Heart Mist, there are also two Invincible Immortal Kings. Killing you can be considered an unexpected gain.”

This had always been Feng Sheng’s mentality.

Even if he faced two, three, or even more Invincible Immortal Kings at the same time, he could still maintain this absolute confidence.

“Courting death!” Venerable Master Jiu looked at Feng Sheng with a mocking expression, as if he was looking at a dead person.

“It’s really difficult to imagine how you survived until now.” Cui Heng shook his head and sighed softly, but he did not seem to want to attack.

“Cut the crap!” Feng Sheng shouted and was about to attack.

However, the moment he circulated the power in his body, he suddenly froze there. His entire body became motionless, and his expression was filled with shock.

He once again felt the power in his body fading!

Moreover, the fading sensation this time was even faster and more sudden than before, directly causing his body to fall into a state of immobility.

“How is that possible? That ridiculous law is still working?!”

The size of this universe was only ordinary. It was definitely not as strong as him, an Invincible Immortal King.

Under normal circumstances, as long as he resisted with all his might, he would definitely break free.

As an Invincible Immortal King, just his size was enough to cause the space and matter of this universe to collapse.

At that time, all the Great Dao laws would be destroyed, and in the end, the entire universe would return to chaos.

Of course, this was only under normal circumstances.

At the same time that Feng Sheng began to resist, Cui Heng’s fake selves flew out from other universes and fused into this universe with the Great Dao laws they had comprehended in other universes.

This method could directly increase the size of this universe and naturally increase the strength of the Great Dao laws. At the same time, it could strengthen the new laws set by Cui Heng.

At this moment, streaks of light and shadows flew out from other universes. They were all Cui Heng’s fake selves.

After all, after these fake selves left, the laws and principles that came from other universes would be absorbed by this universe and completely become a part of it, completing the last step of improvement.